Yesterday was another day packed with activities.  I went up to visit Dad in the morning, and he suggested we take a drive out to Butcher’s Dam, a scenic spot just down the road from Alexandra.  DOC have put in walking tracks around the Dam (which apparently was originally built as a reservoir to provide water for Alexandra), so we went for a wander, and of course I took lots of photos: 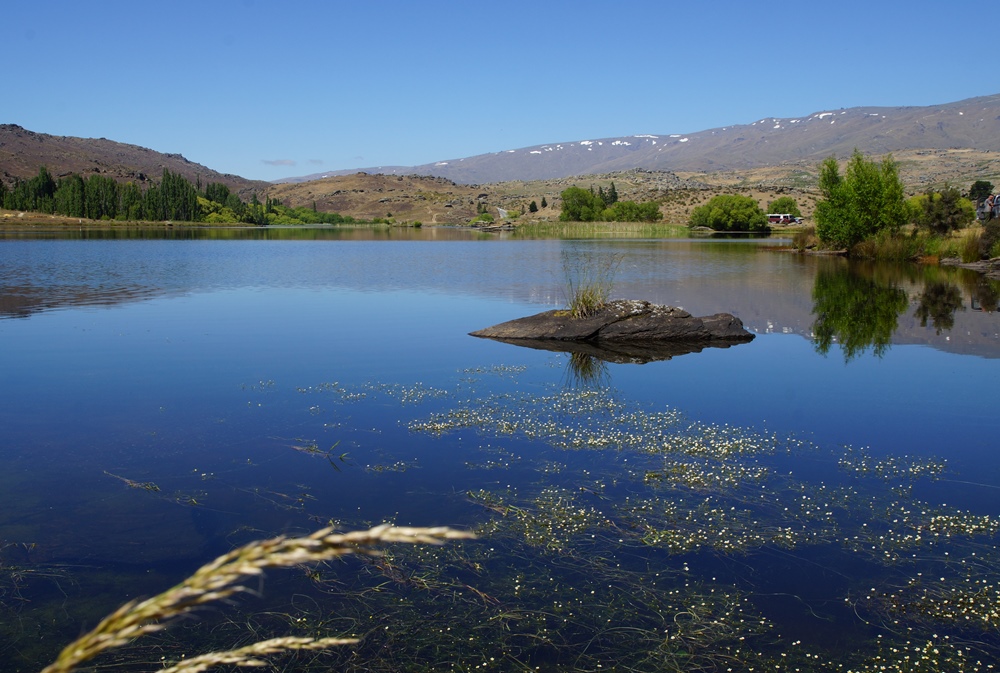 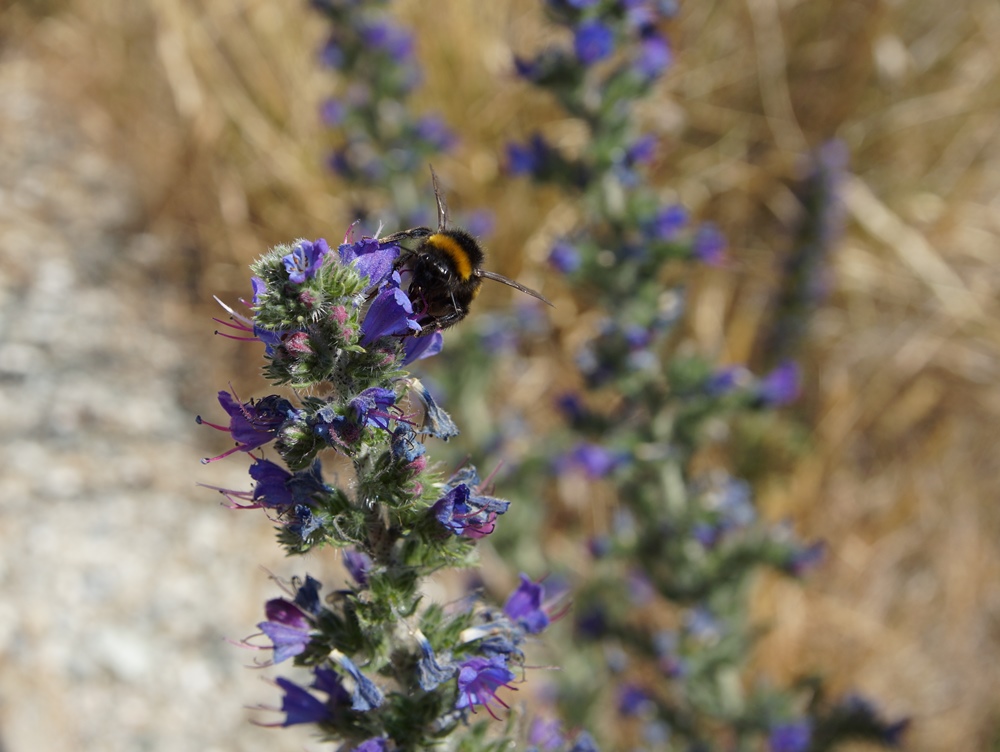 Viper’s Bugloss (otherwise known as “that @#$% blue spikey flower”), which grows wild around most of Central, and is much hated by anyone who’s had the misfortune to walk through a patch of it and get the tiny spines embedded in their skin. It’s quite pretty close up, though 🙂
It also, very rarely, comes in pink: 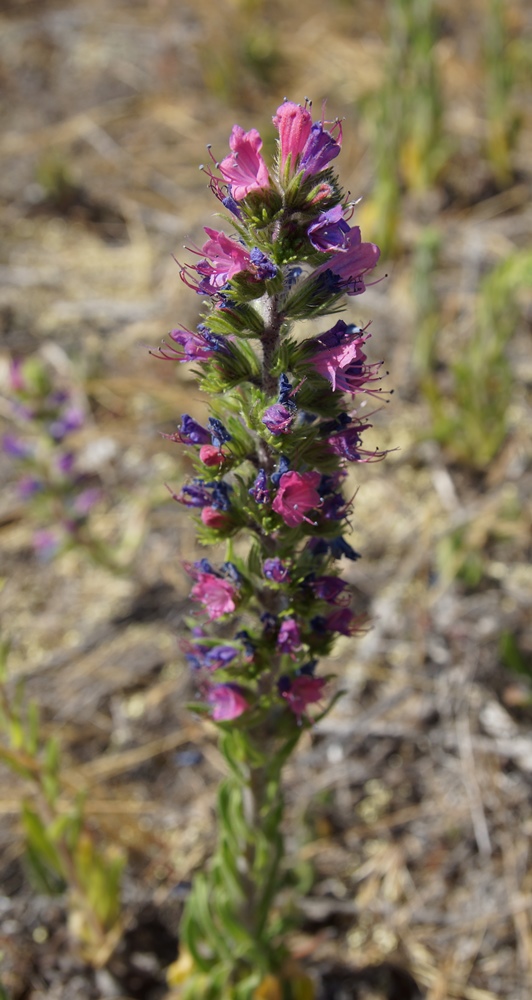 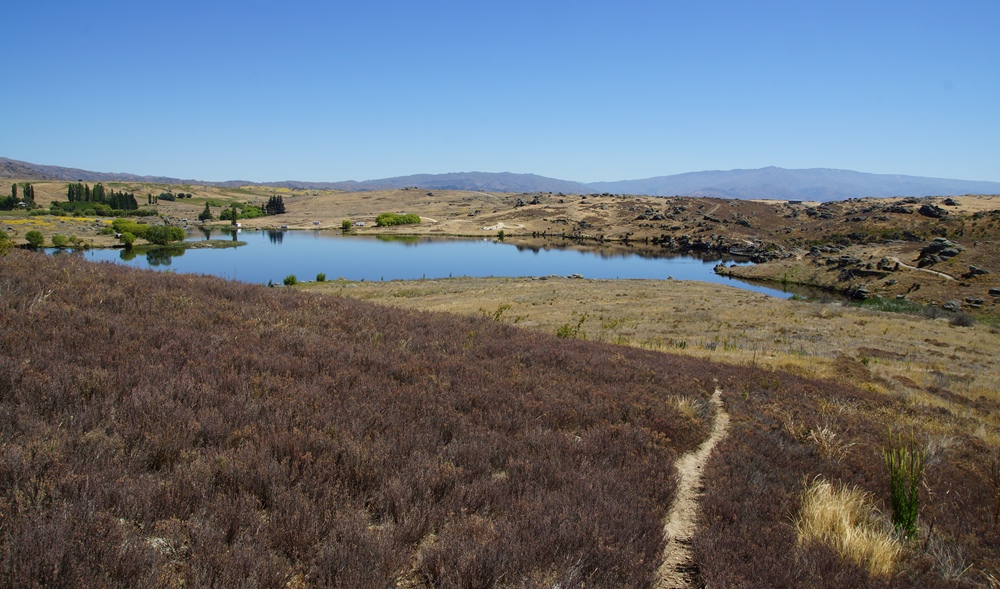 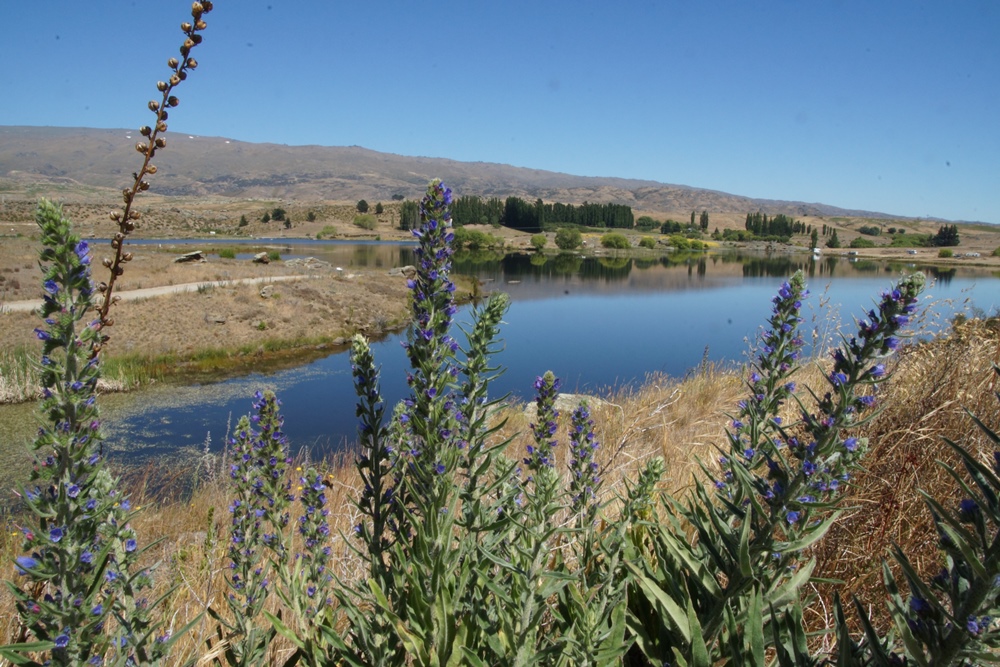 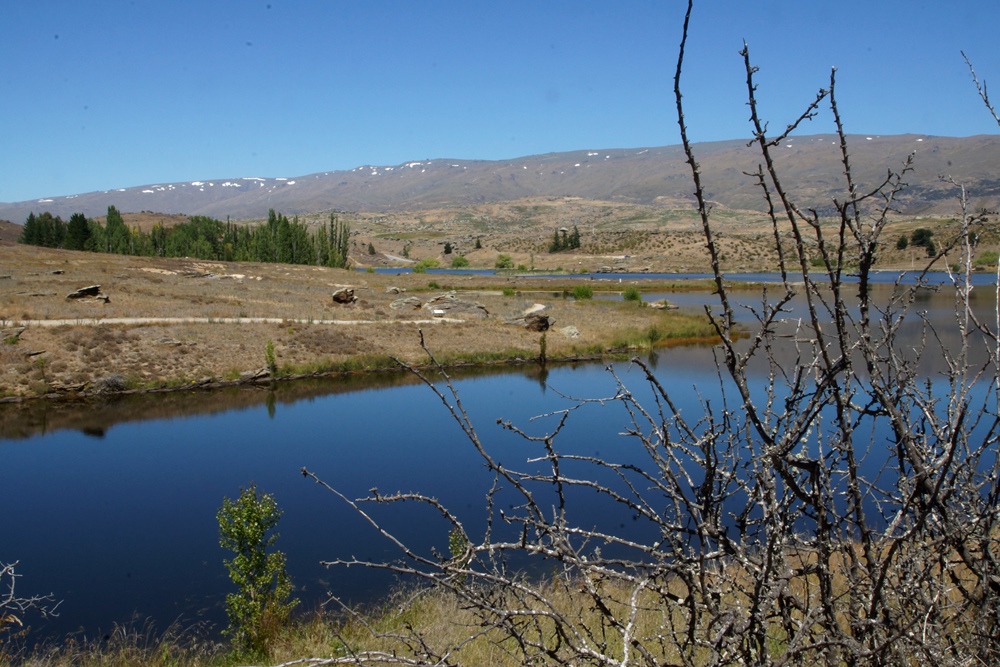 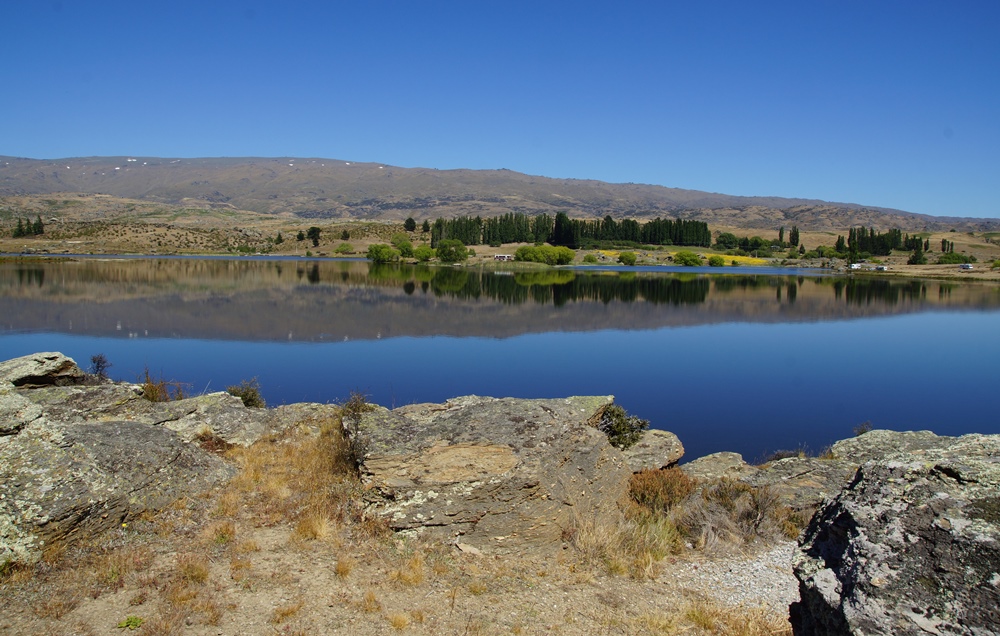 Afterwards, we went back to Alexandra so I could check out the Rotary booksale.  I resisted the temptation to load up on books for bookcrossing (they were a bit pricey for that, anyway), but I did get one or two (or five) I wanted to read, so counted it as a success.
Dad was supposed to playing in a golf match after lunch, but someone pulled out so it fell through.  He was still keen to have a practice round though, so I offered to caddy for him (well, push the trolley, anyway – although I have played golf a few times, and know quite a bit about it from watching Dad play, I definitely don’t know enough to select clubs or otherwise do proper caddying!), so we had a very pleasant walk around the golf course together.  We ended up only doing 13 holes, because by that time it was getting so hot as to be unpleasant, but that’s still quite a few kilometres, so between that and the walk round the Dam in the morning, I definitely felt like I got some good exercise yesterday!  (And got a bit of sunburn – I was for once sensible enough to wear a hat, but didn’t think about sunscreen until it was way too late…)
Today’s supposed to be even hotter, so staying inside might be in order, so as not to exacerbate yesterday’s sunburn.  I think I feel Mum’s craft room calling to me…

Christchurch people (and anyone else who just likes to help preserve cool historic things): If any of you have fond memories of visiting the telescope in the Arts Centre Observatory on a Friday night, you might want to contribute to this fundraiser to help restore the telescope. It was badly damaged when the building collapsed…

ot a call this morning from the builder that the insurance company have appointed.  They can’t start work on repairing the damaged eaves until they’ve been tested for asbestos.  Because of the age of the house, it’s very likely the material the eaves are made of (which looks kind of like thin concrete) is fibrolite,…

eading back through my blog posts today to pick out the earthquake-related ones was more affecting than I expected.  Even though I spending my working days looking at photographs and reading peoples’ memories from the quakes, I’d forgotten just how scary they were.  I think because I wasn’t hugely affected by them in any material…

The conference went really well – our talk seemed to be well-received (my boss was in the audience, along with at least three other people I know as experts in digital archiving, and all were nodding at the right places, so I don’t think I said anything too stupid 🙂 ), and (once the stress…