I’m down in Alexandra for a few days visiting Mum, but we decided to postpone Christmas celebrations until Brother and family get back from SIL’s parents in Middlemarch.  So today was pretty much an ordinary day.  Except that we decided to go over to Lauder to visit my uncle, which rapidly turned it into a very un-ordinary day.
Lauder is a very small town (if you can call a couple of houses and a pub a town) a very long way from anywhere, and if you go even further into the middle of nowhere from there, you get to where Uncle lives in a tiny stone cottage in the middle of farmland at the end of a long dirt road.  It’s a very isolated but beautiful and peaceful spot, and suits him perfectly – living in a town would be way too conventional for him.
First order of business when we got out there was to admire his still, where he’s been distilling gin (it’s ok, distilling spirits is legal in NZ, as long as you don’t sell the product).  It’s a really interesting process – the still actually produces almost pure alcohol (90%!!!), which gets filtered and “polished”, then watered back down with distilled water until it’s at an alcohol level that won’t actually kill you, then finally flavours are added to turn it into gin.  The crazy thing is he isn’t actually much of a drinker himself, he just enjoys the science of distilling.  So most of his end product is given away to friends and family.  He experiments with other types of spirits as well (we tasted the frangelico and the cherry brandy, but I’m not really a drinker either, so a very small sip of each was enough for me).
Then we went out into the garden to visit the menagerie.  Last time I was out there he had a flock of chickens to keep him company, which have since been joined by a duck (it was two ducks, but unfortunately a feral cat killed one recently) and two alpacas: 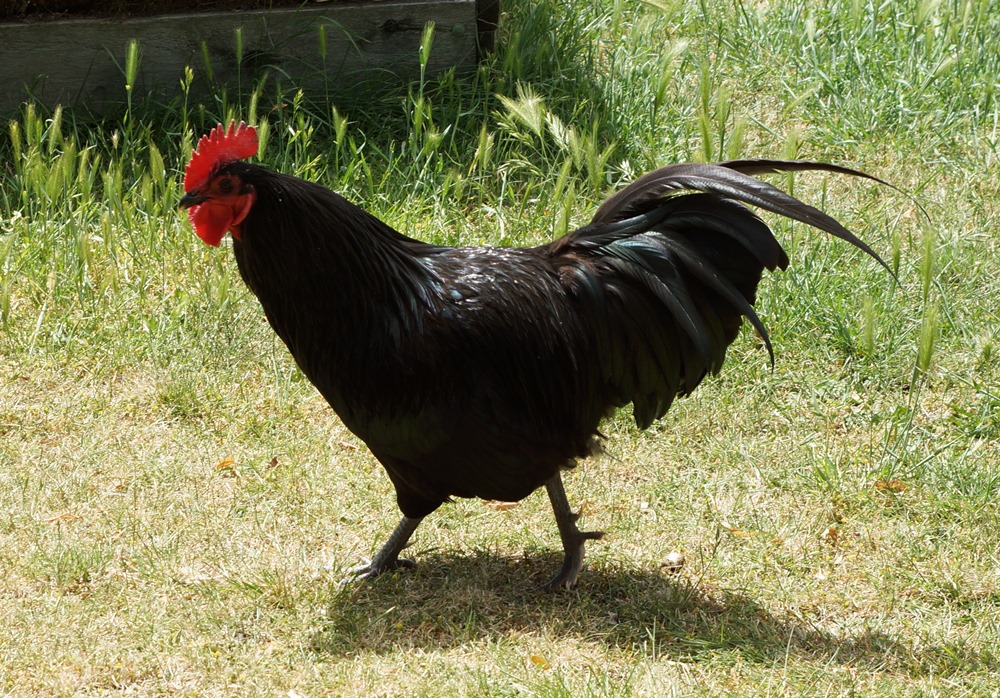 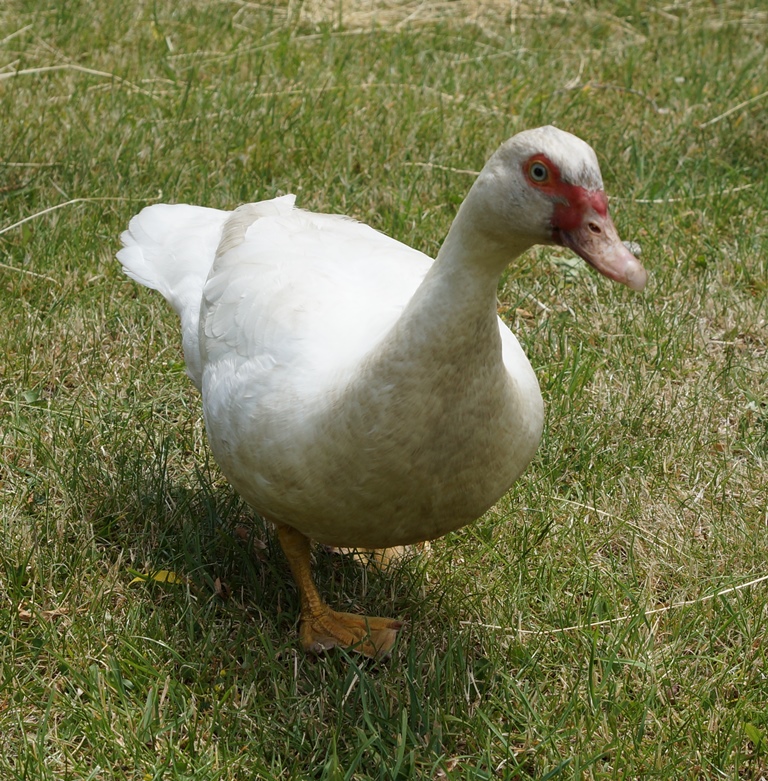 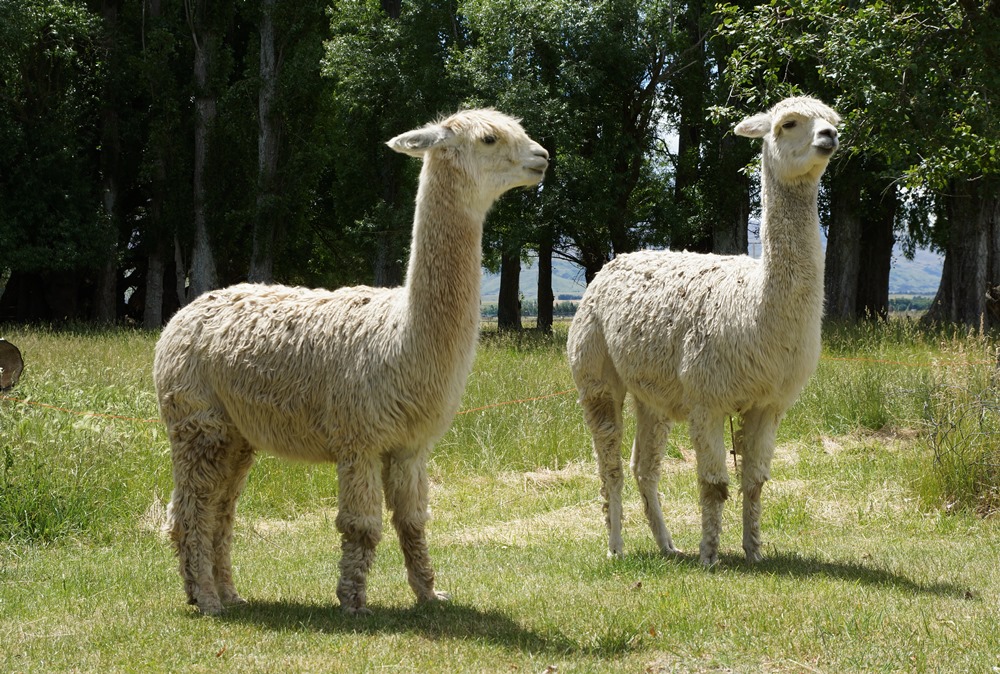 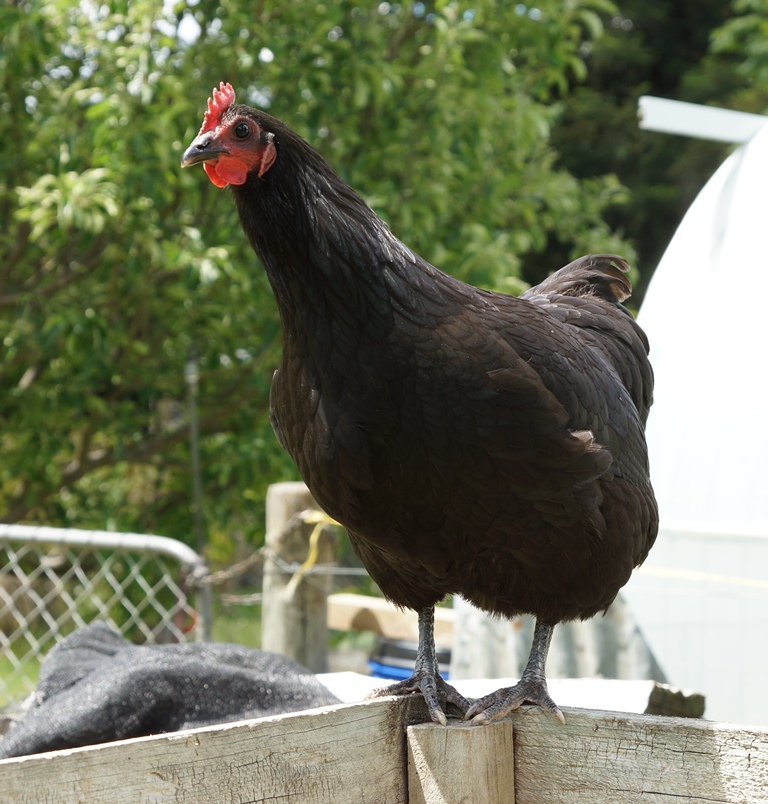 After the alpacas had been fed a few apples, Uncle asked me if I’d like to try flying one of his model planes.  I expected a little toy plane, but it turned out to have a 2m wingspan!  We walked up the hill above his cottage, where he’d mown a landing strip in the neighbouring farm’s paddock, and after a *very* brief lesson on how the controls work, he sent the plane up to a reasonable altitude, then handed control over to me.  Not quite as dangerous as it sounds, because he had two remote control box things (technical term), which were connected by wireless so he could instantly turn off my controller and take over on his if anything went wrong.  Which it did many many times – it was a lot harder than it looked, so most of my attempts ended up with the plane either in a stall or nosediving towards the ground.  But eventually I did manage to achieve a few seconds of reasonably level flight, which I was quite proud of 🙂
I decided to leave the flying to the expert though, and swapped the controller for my camera to attempt to take photos as it flew overhead: 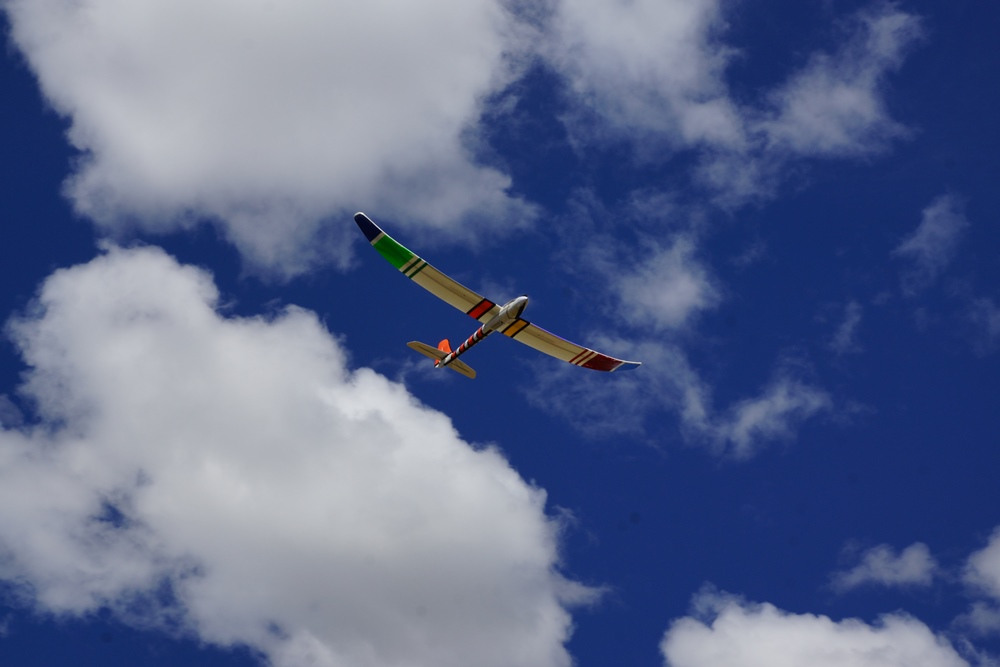 Not such a great photo of the plane, but I included this one because you can kind of see Uncle’s cottage, nestled down among those trees at the bottom of the hill (and just because it shows off the gorgeous landscape around his place): 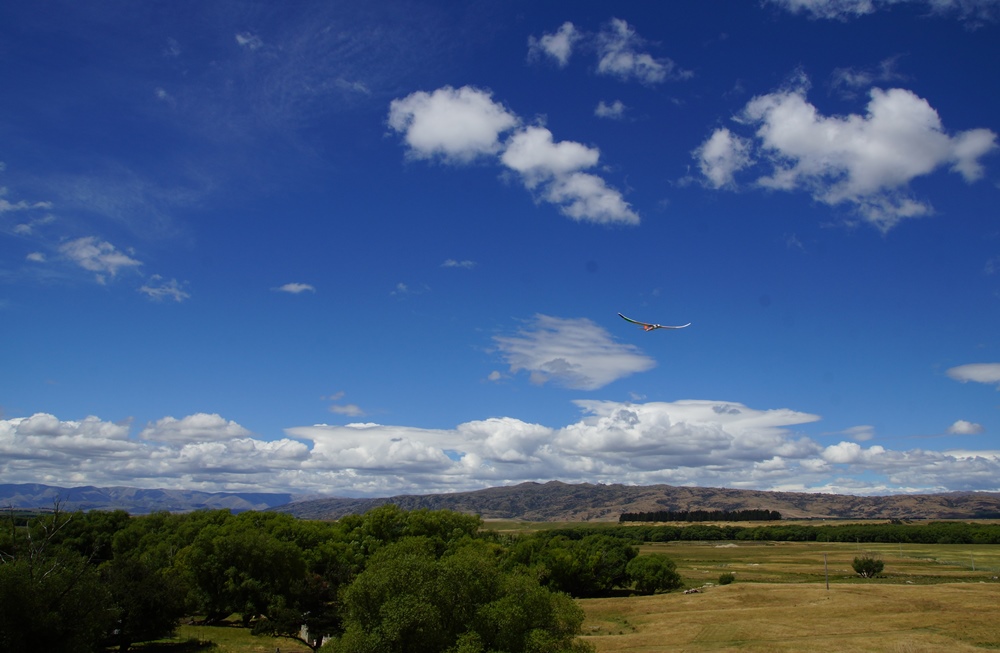 I did get to spend a bit of time with Niece and Nephew #2 yesterday, before they left for Middlemarch (Nephew #1 was already down there, working on the farm).  They came up to Queenstown with Dad to meet me off the plane, so we got some icecreams, then stopped off in Cromwell to play on the flying fox at the playground. 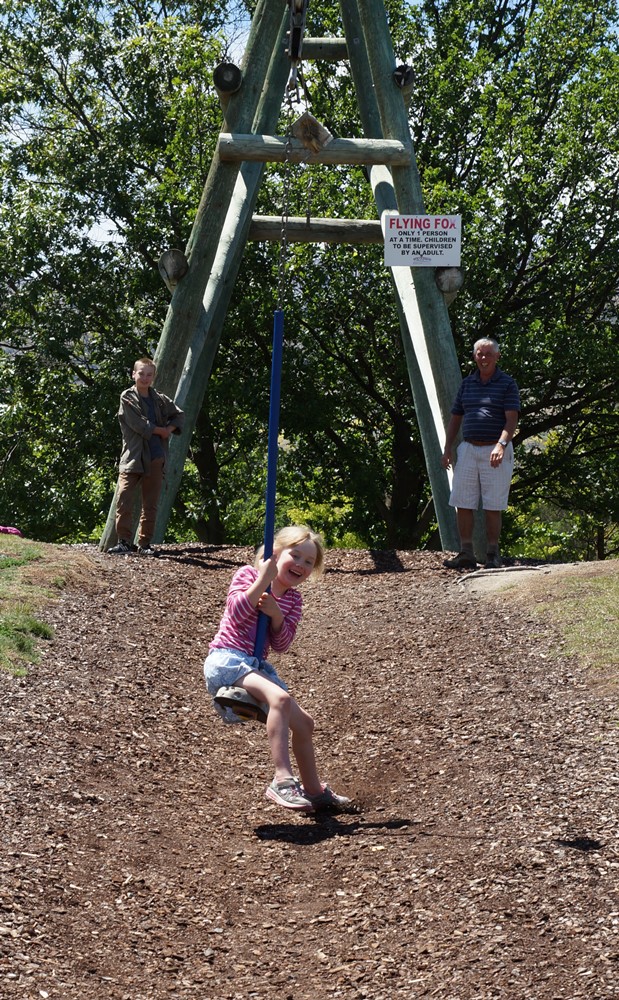 Nephew even convinced me to have a go on the flying fox – I’m afraid my attempt wasn’t quite as elegant as Niece’s, but it did provide much entertainment, especially at the sight of me trying to figure out how to get off it again once I got to the bottom!
When we got to Alexandra, Niece and Nephew came with me to Mum’s place while they waited for Brother and SIL to finish packing. For some reason, we ended up playing a game of charades, which was quite challenging given that, being only 6, Niece’s reading and watching tastes don’t exactly overlap with Mum’s or mine, so thinking up clues that she’d recognise was pretty difficult (plus she was working entirely under her own set of rules…).  But we had a lot of fun anyway, and it kept the kids well entertained until it was time to go 🙂
So that was my Christmas Eve and Christmas – not exactly the traditional way to spend it, but definitely not boring!  Hope you’re all having/had an equally entertaining and enjoyable day.

Against all expectations, I actually fell asleep on the plane, somewhere over Alice Springs (I’d been hoping to see Uluru/Ayer’s Rock, as the map originally showed us passing almost overhead, but we ended up veering further north, so it was lost in the haze). I woke up as we crossed the coast and hit a…

Well, it’s the 22nd, and we’re still here.  And more importantly, I’m on holiday for the next 4 weeks! (Yes, I know I already took a 4-week holiday in April, but due to the weird way HR calculated my leave over the two jobs I’ve been doing, I’m still owed a tonne of leave).  We’re…

Nancy commented about the mace and dead sheep: I see why it’s called a dead sheep. It certainly doesn’t look very lively! A mace? I’ve often heard teachers say they wished they could knock some sense into some heads, but this is taking it too far! What next? The “Board of Education” (paddle used by…