mmm, according to my calendar, the last time I actually took a full weekend off was in August. No wonder I was feeling tired! But I have rectified that by actually having a break this weekend – I didn’t even attempt to work on my presentation for next weekend.  Just took a proper break and had a couple of fun and restful days.  And discovered that one advantage of not having proper weekends for so long is that having two whole days off feels like such a luxury – it’s almost like having a holiday! 🙂
Yesterday was Halloween, so we had a bookcrossing meetup (only three of us turned up 🙁 ), followed by creating a themed book tree in Jellie Park.  I didn’t have many suitable books to contribute – scraping the bottom of my boxes of books turned up a few Stephen King and Harry Potter books, which I decided qualified on horror and magic grounds, so, not having had time to trawl second-hand bookshops for anything better, they went on the tree.  But between the three of us we had enough books to make the tree look quite respectably adorned, and as we were leaving it was already being inspected by a couple of people.
Afterwards Lytteltonwitch stopped off at my place for dinner (after a quick dash to the supermarket so that I could actually provide dinner!), theoretically on her way to a Halloween party.  But in the end my couch was too comfortable to move from, so she gave up on the party in favour of staying to chat for a couple more hours.
I’d bought some lollies at the supermarket, in case of trick or treaters, but only one set turned up.  They were really impressive though – a group of teenagers who’d actually made an effort (instead of the usual half-hearted attempts we get around here, where most of the kids just wear a plastic mask or don’t even bother to dress up at all, they just demand lollies).  They were all in costume and elaborate face-paint, with a sort of Tim Burton-esque theme.  One of them was even playing a guitar (very tunefully, too).  Very impressive (and very polite – they all said thank you when I gave them the lollies!).  I wish I’d thought to take a photo.
I spent today indulging my need for creativity, sewing a second version of the Wren pattern, this time with the colours running in the right direction: 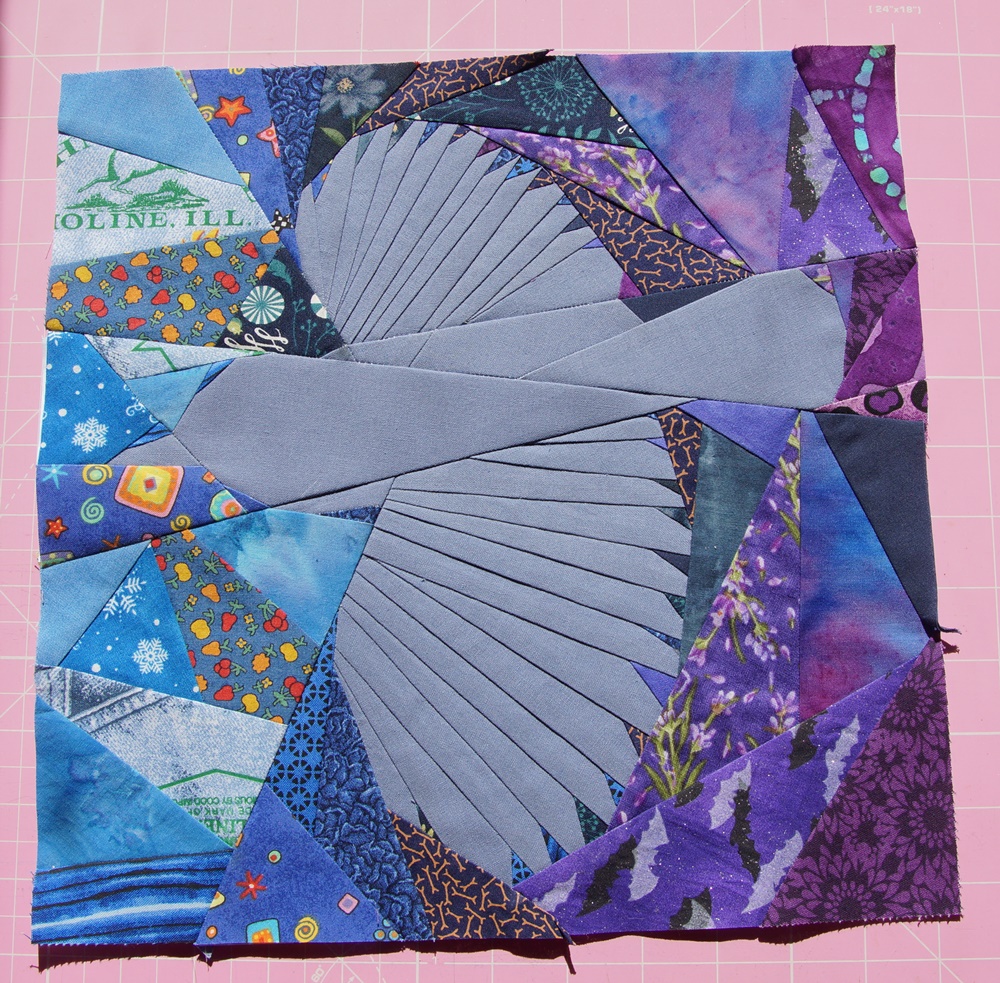 I could tell I’d been away from the sewing machine for a long time – so many mistakes! But I think I managed to fix or hide them all sufficiently, so I’m pretty pleased with how it turned out in the end. Now I’ve just got to figure out exactly how I want to combine the three birds together…

ook the day off yesterday, partly because I’d volunteered to help out with the Red Cross street appeal, and partly just because my annual leave is starting to build up again and HR are making noises that I really should be using it.  The trouble is there’s always something interesting going on at work, so…

As promised, a few photos from of the Christmas lights. Didn’t get as many good photos as I would have liked, but it was very crowded, so finding places I could put down my tripod without getting in anyone’s way, or without anyone bumping into my camera, was pretty difficult, plus I’m not familiar enough…

The rest of the trip over went smoothly.  I slept on and off most of the way from Abu Dhabi to London, but was still pretty tired by the time we reached Heathrow.  Then I had a 4-hour wait for the bus (which felt even longer, because I was too tired to read, so spent…

ast night my Toastmasters group had a quiz night.  My team maintained a respectable second place up until the second last round.  When the quiz leader announced that the theme of the round was flags, there was a loud exclamation of glee from the teenage member of our team, the child of one of the…

he “Pallet Pavillion” on the site of the old Park Royal was opened today.  It’s another Gap Filler project, a venue for music or community events, or pretty much anything really.  It’s an amazing space, made almost entirely out of old packing pallets, complete with tables and chairs (made out of vege bins) and a…