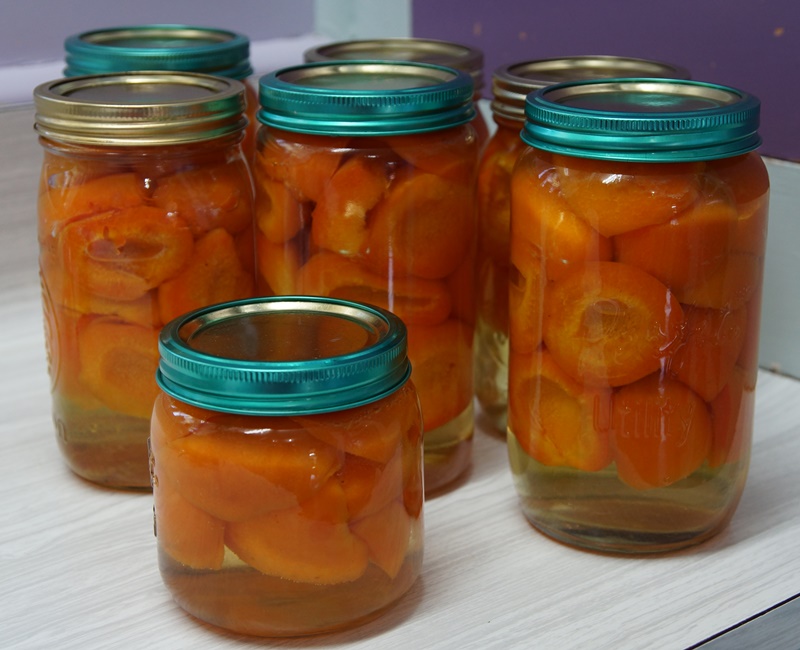 Seven jars of apricots bottled this morning.  That hadn’t been the plan for the day, but Dad and Stepmother stopped in on their way through town this morning and dropped off a box of fruit. It’s been really hot again, so the apricots obviously weren’t going to last long enough to be eaten fresh, so I had a bit of a rush job to dig out all the bottling supplies and get them preserved.  Apparently doing a rush job is the secret to successful preserving, because all seven jars sealed successfully.  A nice little stash for the winter 🙂

Then this afternoon Lytteltonwitch and I walked over to the Avice Hill craft fair (which had some quite nice stuff, but nothing that inspired me enough to want to spend money on it), and from there to the golf club where there was a final display of the Stand Tall giraffes before they are auctioned off for charity next week.  I think the response was more than they’d expected, because the queue to get in was huge – half way across the car park, then a loop round the gardens before you finally got in sight of the giraffes.  I think it took us over half an hour to get through the queue, and it had grown even longer by the time we left.
Cool to get to see them all in one place, though, especially because I’d only seen about half of them “in the wild”. 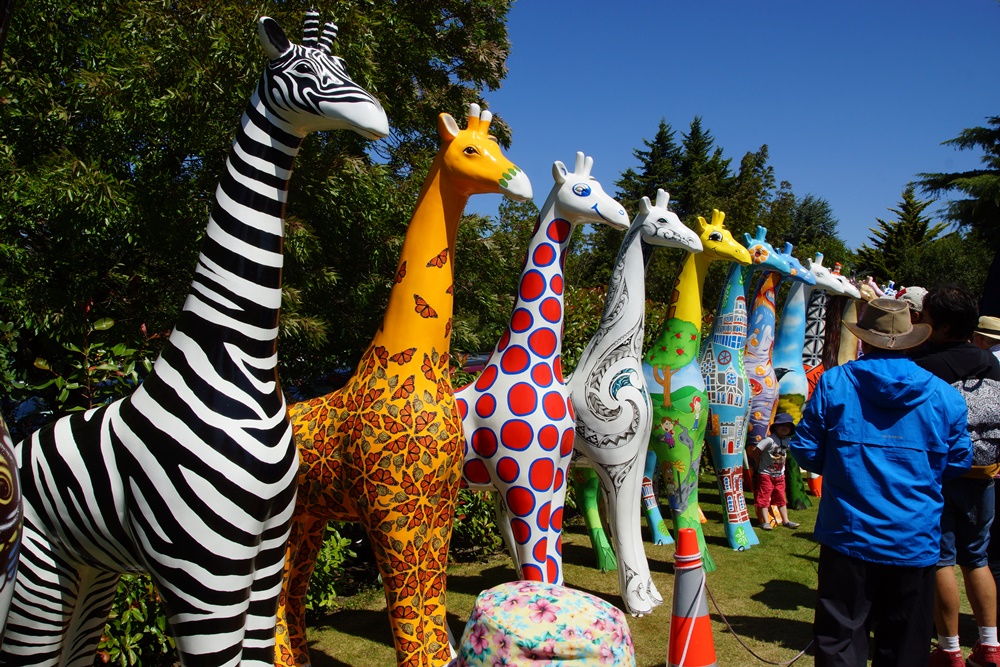 It’s been such a great project – so much creativity, and such fun to discover the giraffes hiding in odd corners of the city for the past few months.  I really hope they do something similar again next year.

MrPloppy somehow managed to fix my camera, so now I’m not so annoyed at the kittens for peeing on our bed (and then waiting until we’d spent all day washing the bedclothes before repeating the performance). But more importantly, it means a new batch of kitten photos! (yeah, tell me when you’re getting bored with…

nother stupidly hot day (although apparently it is a couple of degrees cooler than yesterday at least).  We’ve got all the windows open in the office (air conditioning? what’s that?) to very little effect, but at least we can take comfort from the fact that we’re cooler than the roofers we can see working on…

he problem with celebrating Guy Fawkes in the Southern Hemisphere is that it doesn’t get dark until very late at night.  Which means that just when I want to go to bed is when the neighbours’ fireworks hit their peak.  So I was awake reading for a long time last night, because there was no…

Those of you who know me in real life (TM) will know that for the past year or two I’ve been muttering about how one day I’m going to suddenly cut off all my hair.  Well, one day arrived… Yeah, bit of a drastic change 🙂 (Although in photos it doesn’t really look all that…