Actually, I thought I’d finally finished my modelling a few days ago, but I met with my supervisors today, and they’ve recommended I run a few more, so it’s back to sitting waiting for models to run.  In the meantime, I’ve started writing up what I’ve done so far, and I’m making ok progress – 7,000 words down, 18,000 to go… (of course, the 7,000 words I’ve written are the easy ones – they get harder from here on in).
But at least in a couple of days the Christmas break starts, and then I’m on leave until the end of January.  Not that I’ll be using the time for a holiday – I’ll be working full time on my thesis (well, apart from Christmas day itself – Dad and Stepmother are coming up to visit Stepsister, and I’ve been invited to her place to spend the day with them, so I’ll have an enforced break 🙂 ).  But after nearly a year of working full time, plus working on my thesis part time, just having one thing to concentrate on for the next month will feel totally relaxing in comparison!  (Except for the whole looming deadline thing, of course…)

I did have a bit of a break from working the other weekend.  I was feeling like I hadn’t done anything creative for such a long time that I was going to explode from lack of creativity, so I took a few hours to make some wee Christmas presents for friends and colleagues. 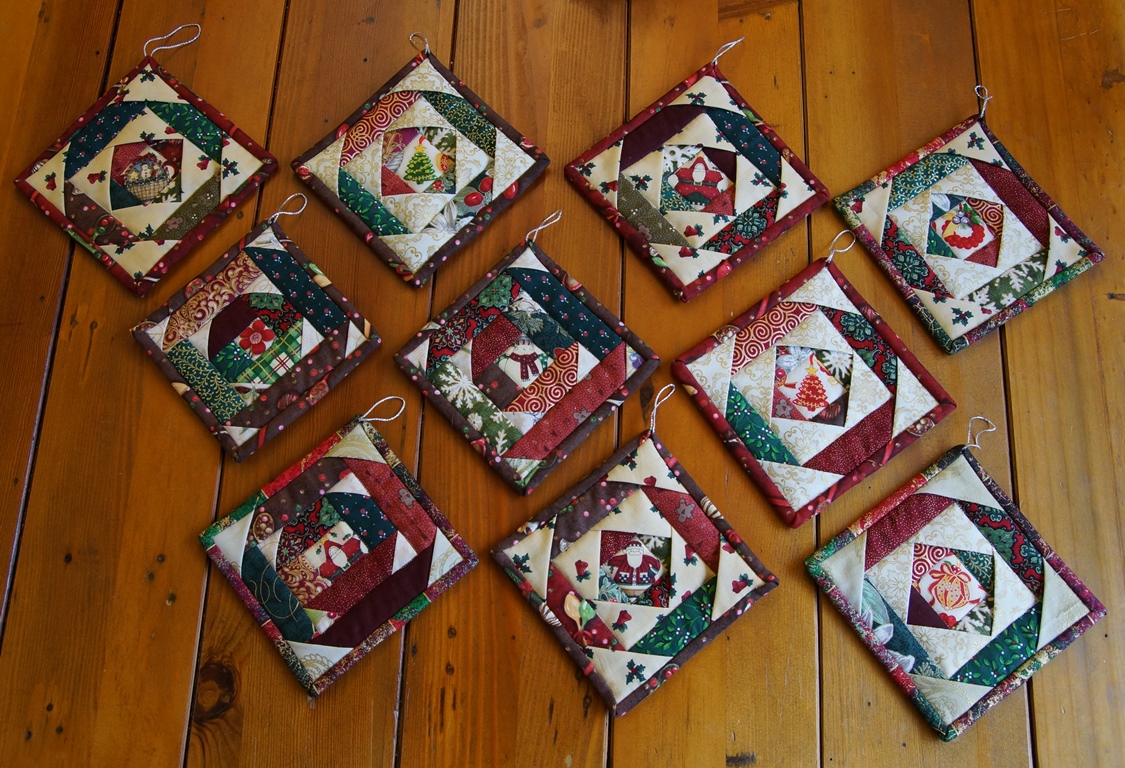 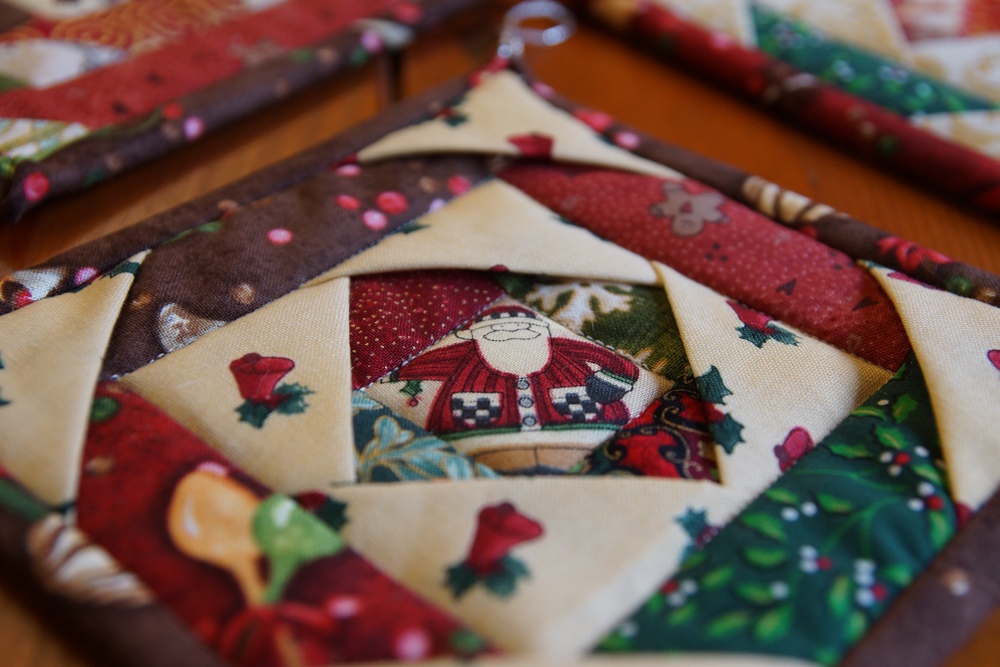 As you can see, it took a few goes before I figured the design out properly (I was working from memory of something I’d seen on a YouTube video, and couldn’t find the video again to check exactly what they’d done – which is also why I’m not crediting the designer here, because I still can’t find the video).  I was pretty pleased with how they turned out though (even the first few “failures” look quite nice, it’s just the final version look even better 🙂 ) – especially the 3D effect of the folded triangles (I think this pattern is called a pineapple log cabin – it definitely has a certain pineappleyness about it, anyway).

Anyway, hope you all have a good Christmas (or whatever else you are celebrating), and a happy and safe New Year, and hopefully next time you hear from me I’ll have written those remaining 18,000 words and be ready to submit…
See you on the other side!

I started the quilting! I did get quite a bit further than that today, but by the time I thought to take another photo the light was no good.  So you’ll just have to wait 🙂  I managed to get just over a quarter of it done, though, so I’m making good progress.  And the…

Ages ago I asked Deb Robertson how she manages to produce so many quilts while juggling work and children, and she told me she makes a lot of use of those spare half hours at the beginning and end of the day, when you can sew a few seams, or cut a few pieces, even…

You might have noticed that things look a little bit different around here.  I’m still not completely happy with it – the background is just a random copyright-free one I downloaded, and the header image could still do with a bit of work, but for something thrown together over a couple of lunch hours, I…

‘m feeling pretty proud of myself – I was playing around with some Javascript stuff at work today, and I actually managed to build a wee tool that will be useful for the team!  Instead of generating kittens or looking up words in the library, it actually does a useful task that will save us…