Still no news on the work front, other than that the VC is currently considering our business case, and hopefully should make a decision before our contracts run out (again…).  I’m not sure if I want him to make a decision quickly just to remove the agony of waiting, or if him taking his time and really considering it will increase our chances.
In the meantime, I’ve put in an application for a new position that’s opened up in another department.  It’s not exactly my dream job (which would be to stay with CEISMIC), but it would be a lot more interesting (and pay slightly better) than going back to my old job, and I think my chances of getting it are pretty strong, so it seemed like a good idea to apply as an emergency backup plan in case our business case doesn’t succeed.  Of course, if they do offer it to me, I really hope it’s not until after the VC has given us an answer, or I’m going to have a very difficult decision whether to accept it or not.  Why is life never simple?

I spent yesterday afternoon at the mini-Harvestbird’s birthday party.  I was a bit apprehensive about spending the afternoon in a room full of 5-year-old girls, but it was actually a lot of fun – they were so completely over-the-top excited about it all. There were balloons, and glitter, and princessy party dresses, and violently-coloured birthday cake, and hundreds-and-thousands sandwiches, and pass the parcel and musical chairs, and I could totally see why mini-Harvestbird declared with shining eyes as the cake appeared, “This is the best day of my whole life!”
I took my camera, mainly so I could take some photos of the mini-Harvestbirds as a belated birthday present for Harvestbird herself.  Most of the photos I took have the other children in them, so I won’t post them here (I got permission from Harvestbird to post pictures of her children, but I didn’t ask any of the other parents).  But a few judiciously cropped photos will give you a taste: 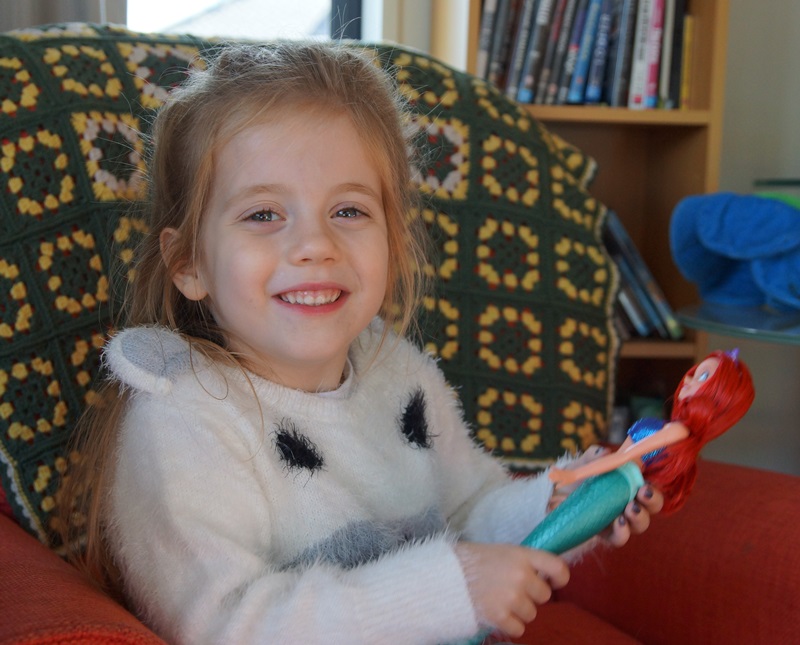 The birthday girl. The party was Frozen-themed (of course), but this Little Mermaid doll was the hit present of the party. 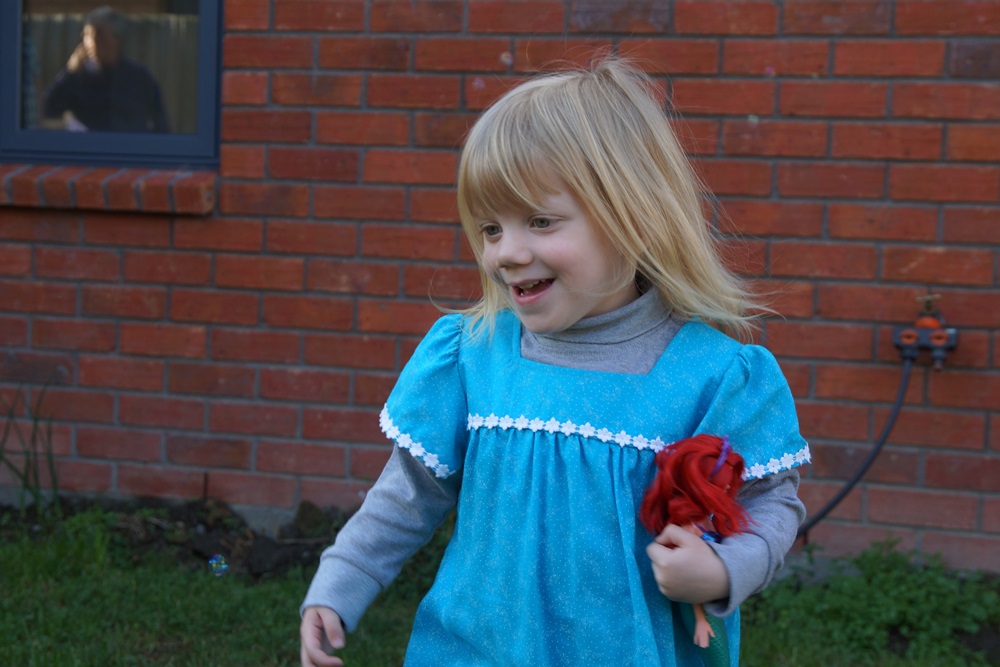 It was also a hit with the minier-Harvestbird, who absconded with it at every opportunity. 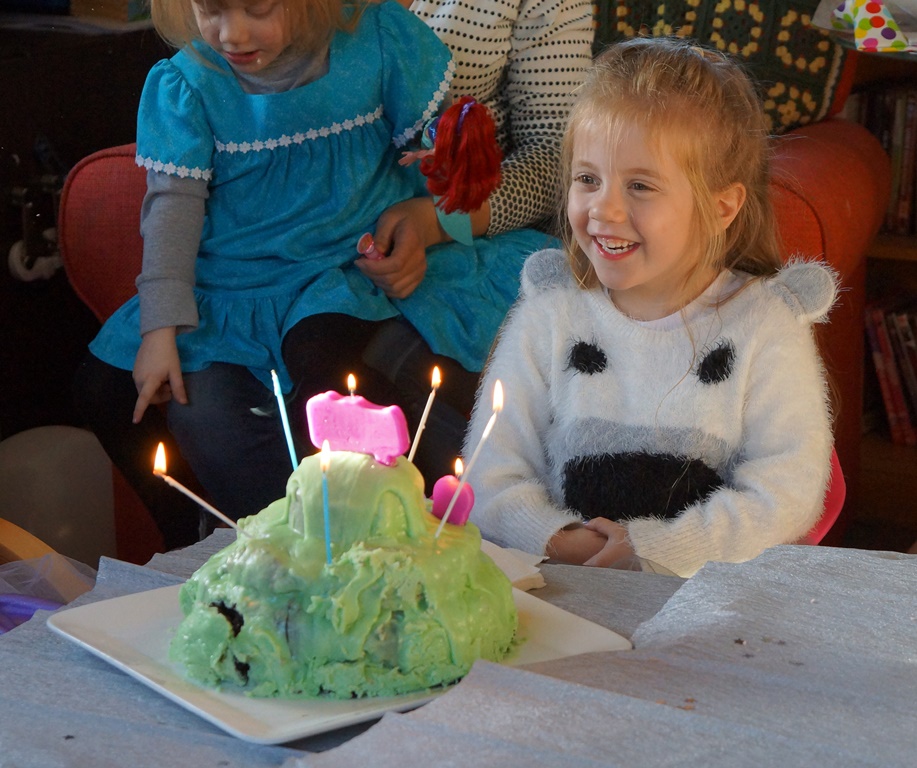 “This is the best day of my whole life!” 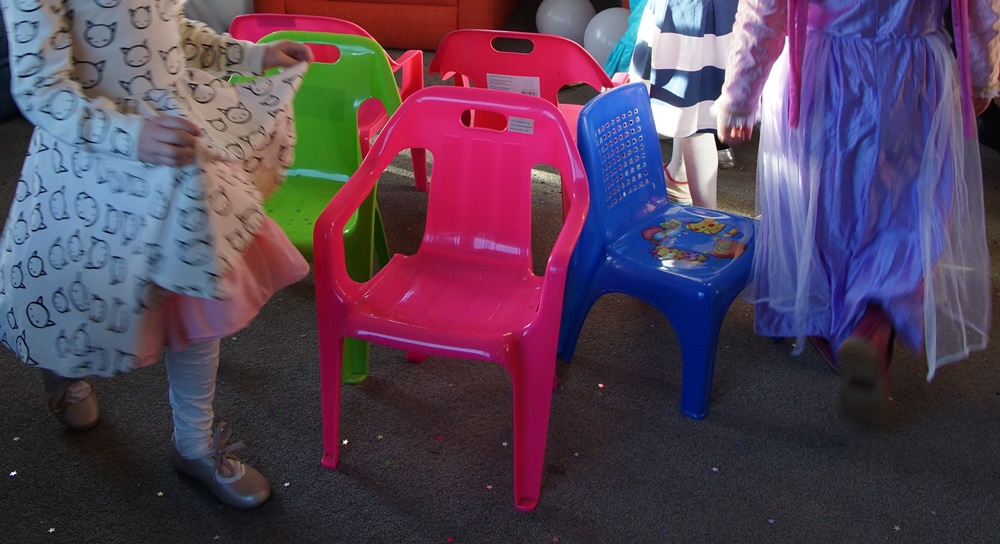 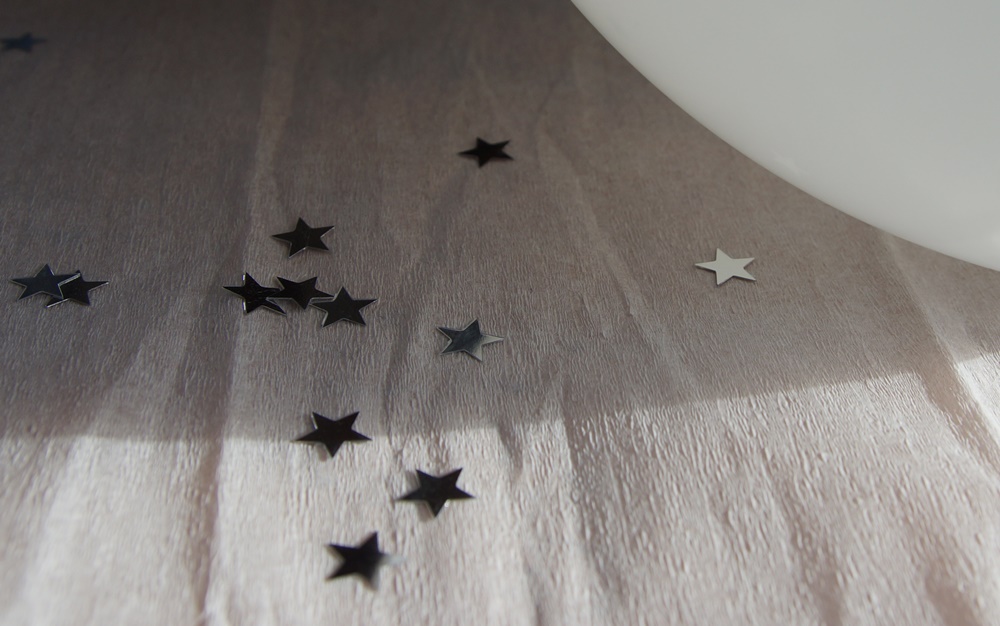 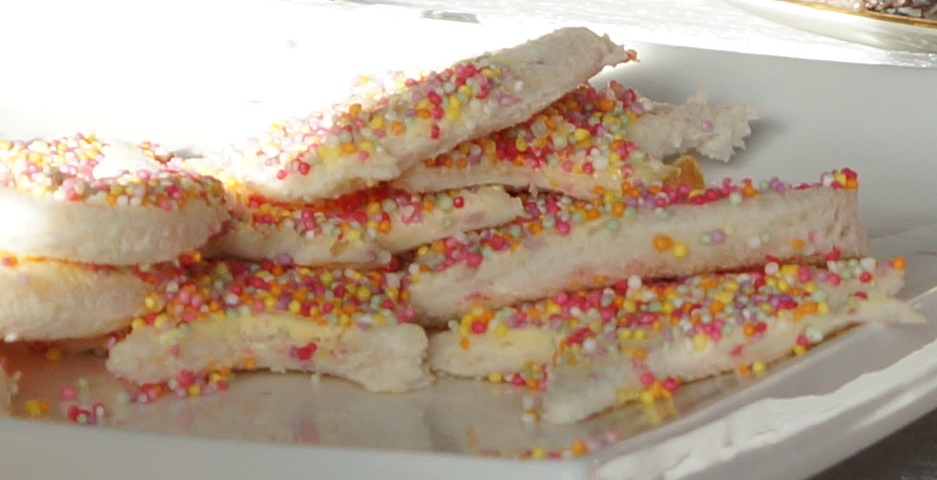 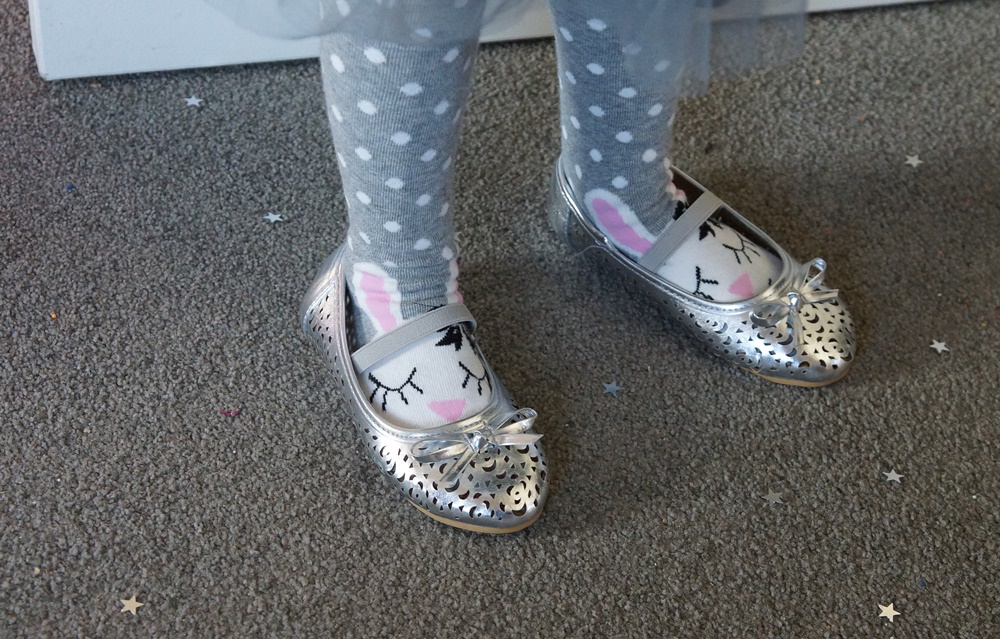 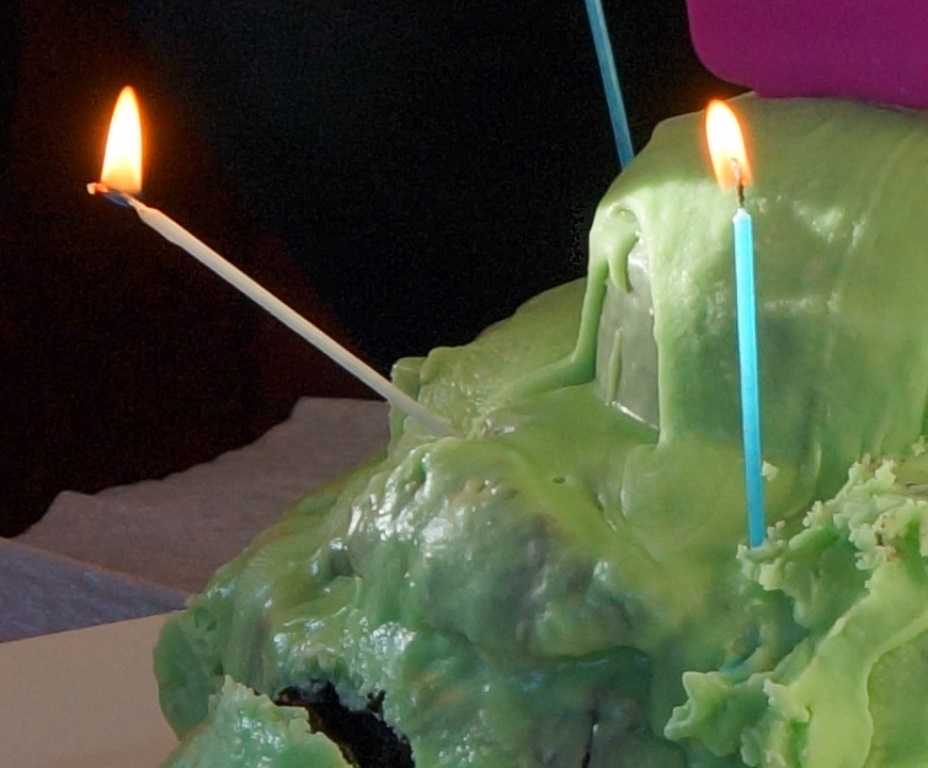 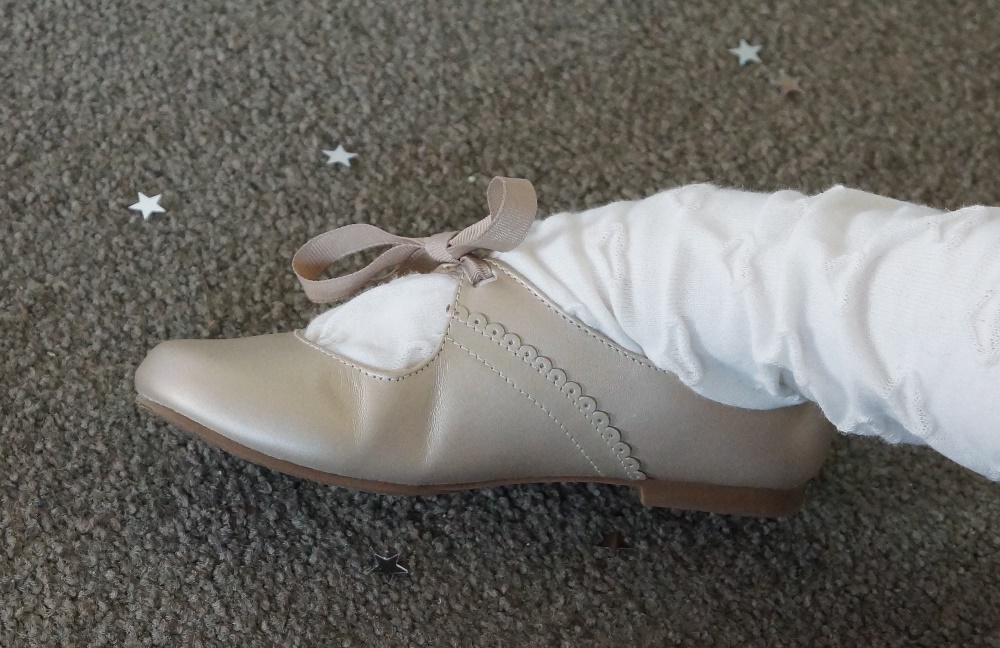 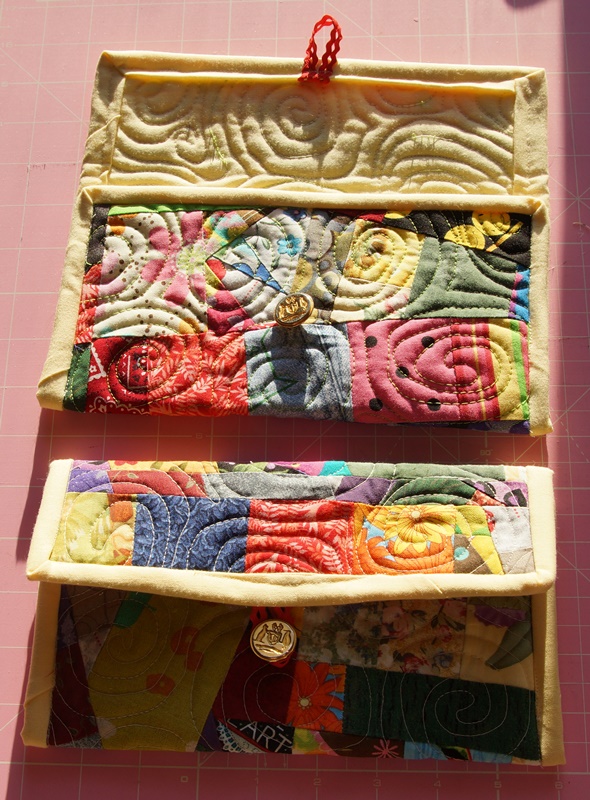 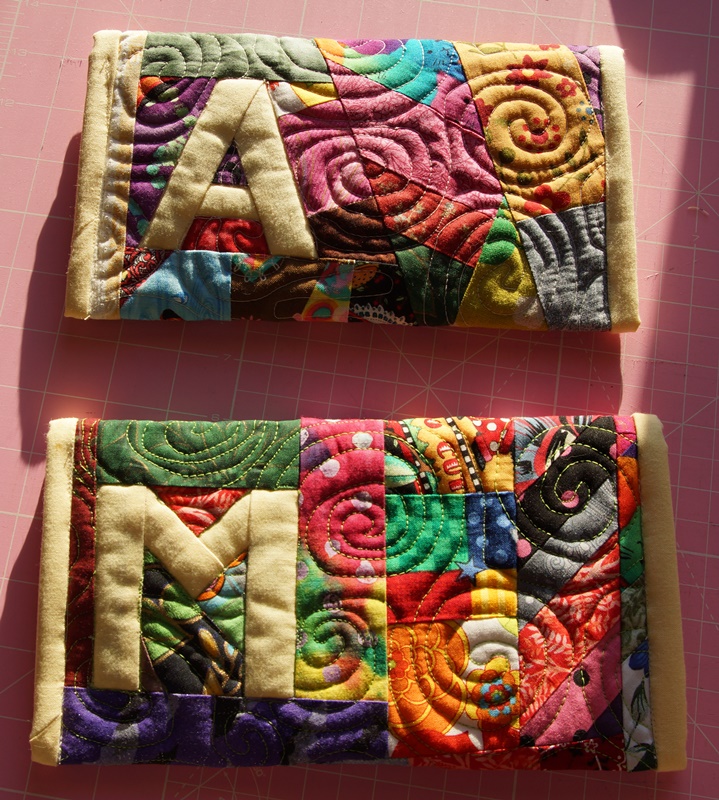 Some of the sewing is a bit rough round the edges – I was racing to get them finished last weekend – but I was pretty pleased with the overall effect of the patchwork, which was another attempt at the totally random scrappy patchworking technique I used for my hot water bottle.

Having survived the birthday party, I spent the rest of the weekend working on my experimental quilt, and got five more squares quilted: 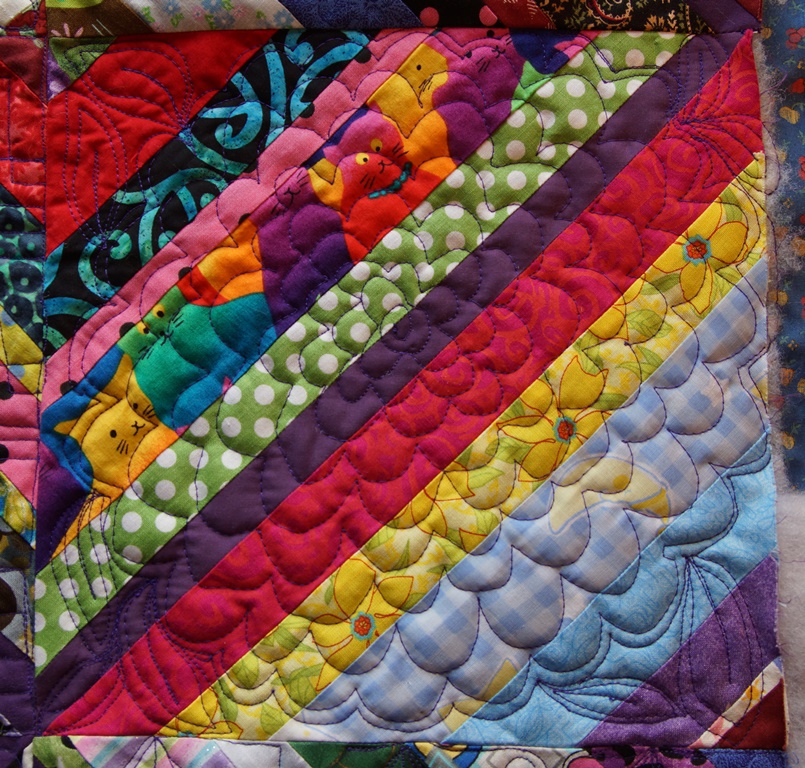 A single-motif pattern called The Easiest Flower Ever. Dunno if it was the easiest ever (well, maybe the flower itself was, but I messed up the leaves), but it worked nicely as a warm-up to the more complicated patterns. 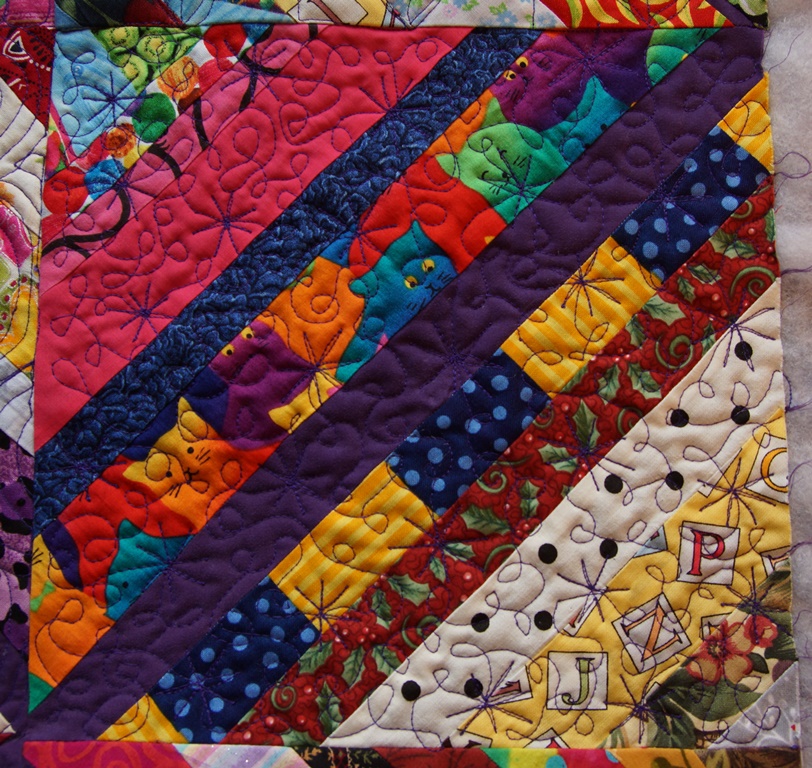 This one is called Tangle of Lights, and is supposed to be reminiscent of pulling Christmas tree lights out of their box. 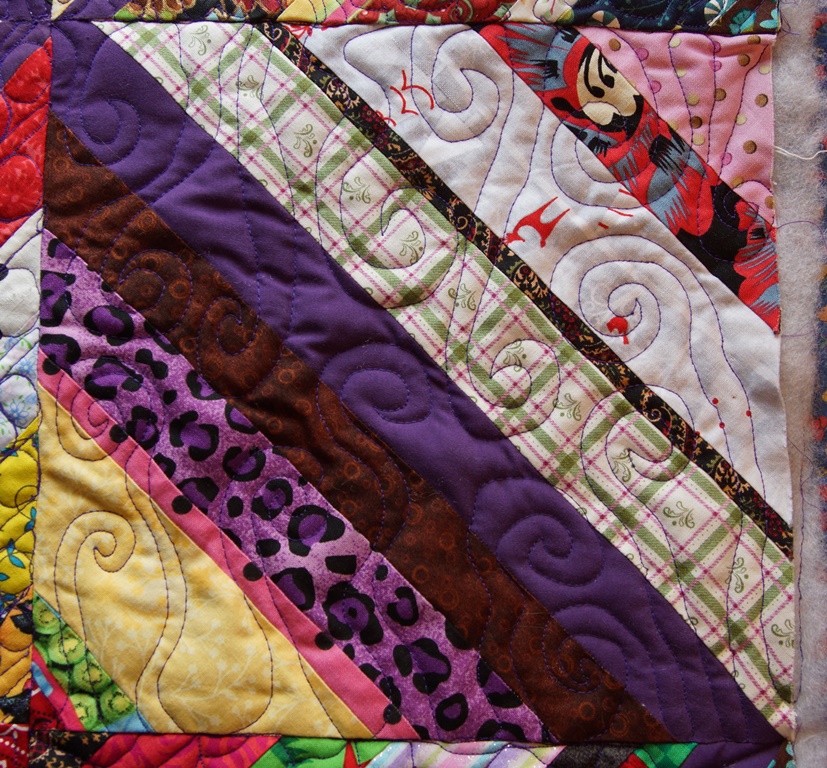 Trailing Spirals – a lot less dense than most of the other patterns I’ve tried, so might be nice to use for a really soft and drapey sort of quilt (the closer together your lines of sewing are, the stiffer the quilt ends up). 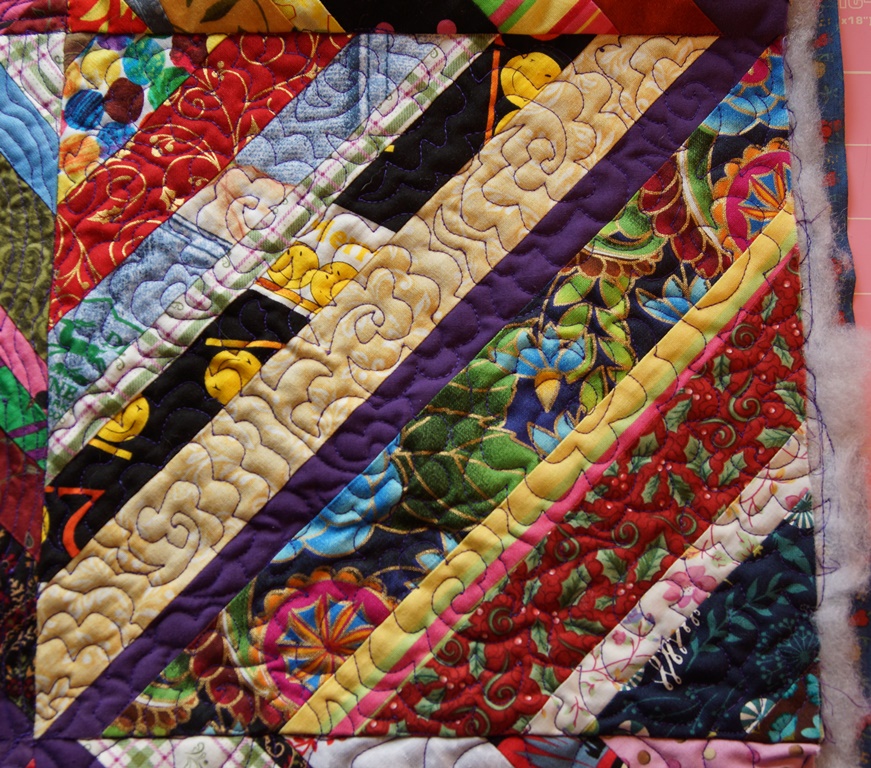 Flower Power – as you can probably spot, by the same designer as the Easiest Flower Ever and the Happy Blossoms I did last weekend. This was a fun and (mostly) easy pattern – I only got myself stuck in awkward corners a couple of times… 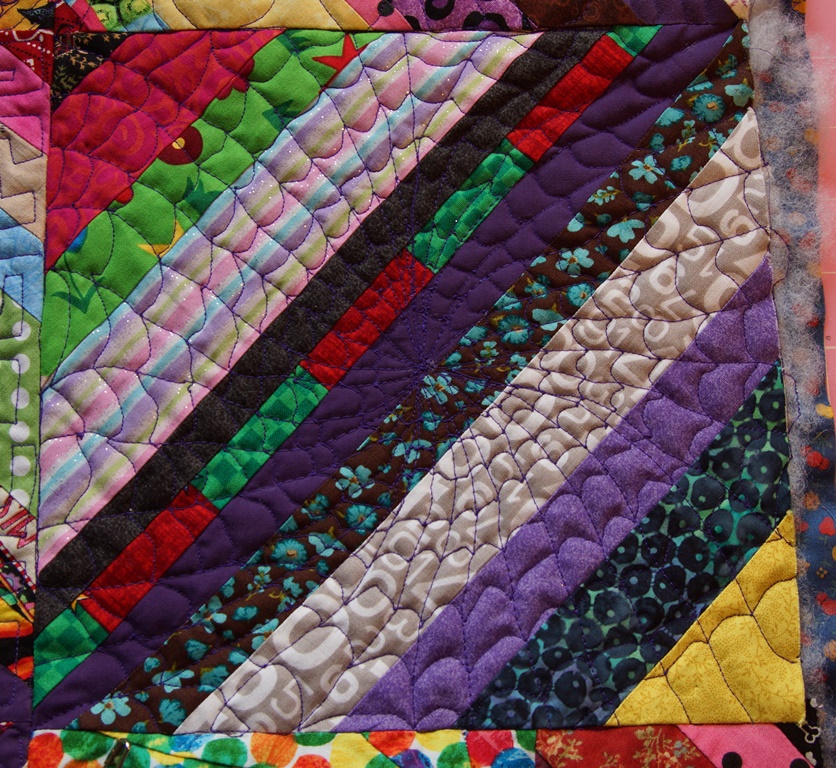 Spider Web – this one was a lot harder than it looks. I just couldn’t get my speed right to be able to control all those little arcs of web, plus keeping a steady outward spiral is very difficult when you can’t entirely see where you’re going (you have a surprisingly limited field of view when free-motion quilting, because you’re concentrating on the tiny area you’re actually sewing, and the machine blocks your view of the rest of the quilt).
If you’ve been keeping track at home, that’s 21 blocks quilted, so there’s only the four corner blocks to go now (which will be the hardest ones, because there’s not a lot of fabric to hold onto, and a huge weight of quilt trying to drag the fabric out from under the needle). Which is good, because I’m running out of patterns that meet my criteria of looks like it will be interesting, but not too incredibly difficult 🙂

Four flights, two trains, one meetup, two busses, and a car trip later, I’m in Wales, at the outlaws’ place. Trip went as smoothly as anything that long ever does, and I managed to get enough naps on the planes that after a 12-hour sleep last night I’m actually feeling reasonably human this morning. It’s…

ear Diary being down yesterday has thrown me off completely, because I (re-)posted yesterday’s entry this morning, which means I’ve been thinking all day that I’d already written a post today, so I haven’t been keeping an eye out for something to write about.  So now that I’ve finally remembered that this morning’s post doesn’t…

Finished making the nine-patches.  All 113 of them. I’m slowly getting better at getting all the seams to match up with each other properly (nine-patches are very good practice for that!). I haven’t got as far as actually sewing the blocks together (too much of a social life this weekend, going out to a Toastmasters…

I had a very enjoyable and most productive day today.  Most of the morning was spent, as has become my Saturday morning tradition, with housework.  And yes, I count that as part of the enjoyableness – I’ve got it down to a routine where I put on some loud music and get to work, and…

I still haven’t got round to buying more of the blue thread I’m using for the Birds in Flight quilt, so in the meantime I’ve been working on the Lego quilt.  This time I’m quilting it much more loosely (to keep the quilt nice and soft, seeing as it’s intended for a baby), so it’s…