While I was working on my thesis last year, with no real free time to do anything properly crafty, I kept myself sane by channelling my creative urges into watching quilting tutorials on YouTube and keeping a notebook of all the ideas I wanted to try out one day.  And, when that wasn’t enough, by buying fabric, as a kind of promise to myself that I really would get to the end of my thesis, and be able to make all the things.
Mostly the fabric I bought was from the on-line retailer equivalent of remnant bins: “grab bags” of assorted off-cuts – a great way to build a stash of fabric, but with no pretence of being a curated collection.  Which is cool, because quilting comes from a tradition of using scraps, and I love the way disparate scraps can come together to make something beautiful.  And it’s fun having a random collection of fabric and picking and choosing from it until you get a set of fabrics that work well together.
Most of the tutorials I watched online, though, have a different approach to fabric – they mostly rely heavily on pre-cuts – a set of fabric pieces cut from a single designer’s line of fabrics, so that every piece is guaranteed to go with every other piece.  Pre-cuts come in a few different sizes which represent commonly-used pieces used in making quilt blocks – there’s jelly rolls, which are 2.5 inch wide strips, layer cakes, which are 10 inch squares, and charm packs, which are 5 inch squares.  Normally you get one or two pieces of each fabric design from the line in each pre-cut set.
Pre-cuts do make for beautiful quilts, but they’re also expensive.  Much more expensive than just buying scraps.  But a couple of months ago, I stumbled across a fabric shop in Australia that was having a clearance sale, and had reduced some of their pre-cuts cheap enough (even allowing for the shipping to NZ) that I decided it was worth buying a few, just so I could try out some of the ideas I’d seen.  Of course, being a clearance sale, the selection wasn’t great, but I managed to find two jelly rolls and three layer cakes that looked like they might have potential.
They’ve been sitting in my fabric stash since then, and I’ve been itching to play with them.  Today the temptation got too much, so I decided to use one of the jelly rolls to make a “jelly roll race” quilt.  It’s a quilt design that’s all over the internet, because it supposedly lets you sew a whole quilt top in under an hour (although really, it takes most people a couple of hours in total, because there’s a bit of prep work involved before you get to the actual “race” bit). 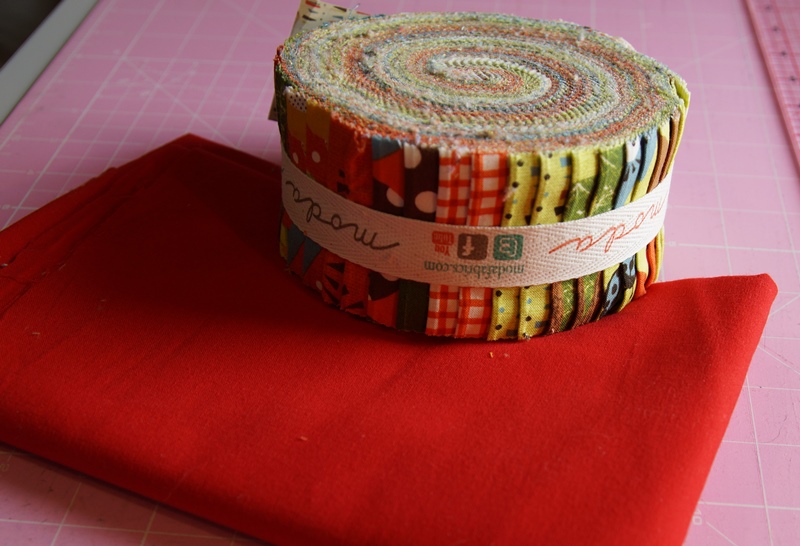 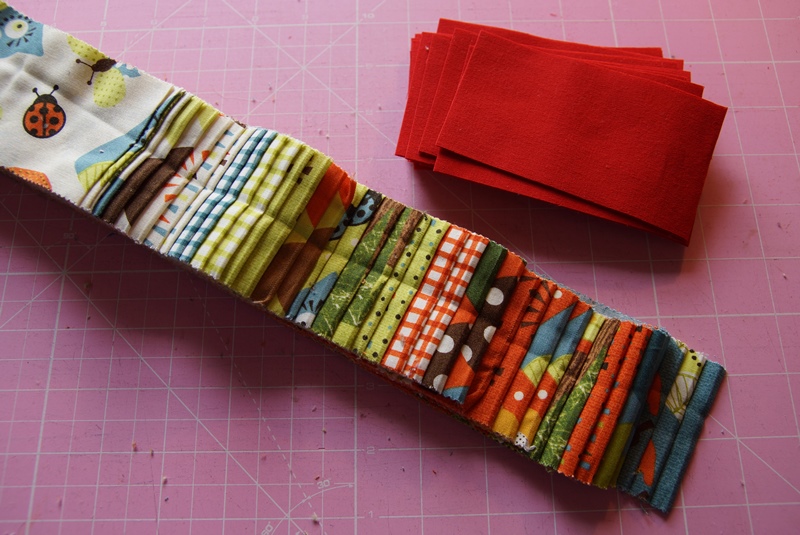 I decided to go a little bit fancier than the standard jelly roll race, which normally just involves sewing all the strips end to end, and then sewing the resulting giant strip together until it turns into a quilt.  I thought the fabrics in my jelly roll were a bit too dull, so I decided I wanted to brighten them up by adding pops of bright red throughout the quilt.  That meant my prep work ended up taking a few hours, because I decided I wanted red triangles – little squares would have been faster, but I thought triangles would look more dynamic (which seems fitting for a race quilt 🙂 ). 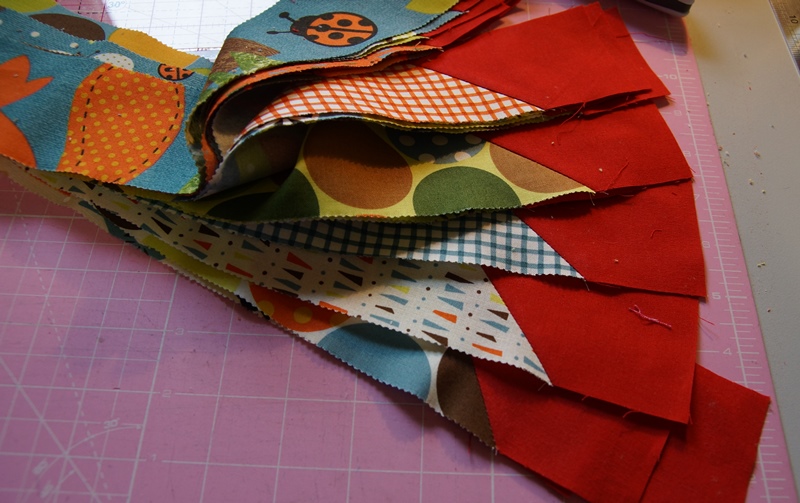 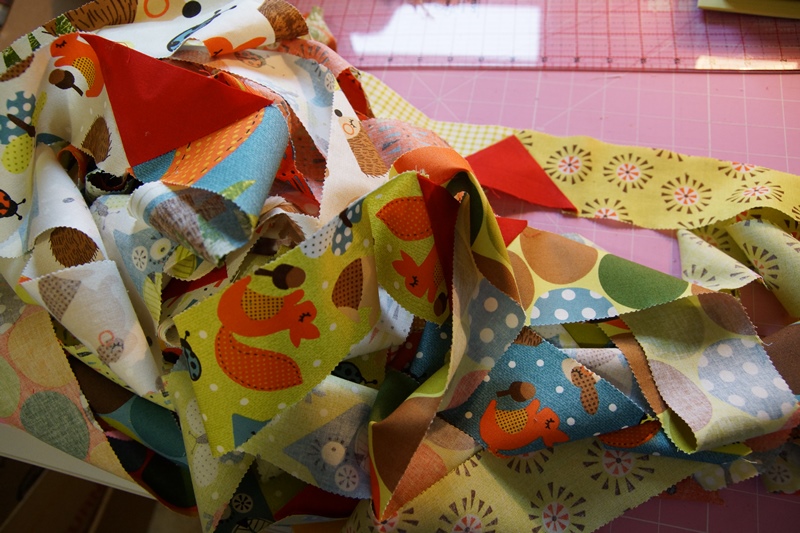 I didn’t get as far as the actual race part today, but I did get my giant strip all prepped, complete with red triangles, so tomorrow I’ll be able to see if it really does go together in under an hour.  At the moment it just looks like a giant tangle of fabric, but hopefully by this time tomorrow I’ll have a quilt top to show you.

D’s been down again, so of course I’ve spent the last day and a half composing all sorts of interesting and amusing blog posts in my head, and now that it’s back up I can’t remember any of them.  So instead, a few highlights of the past few days: On Friday I discovered that there…