t’s been a busy weekend.  Yesterday afternoon I went to another film festival film, The Tale of The Princess Kaguya.  A lovely animation from Studio Ghibli, based on a Japanese fairy tale.  As with everything Studio Ghibli, a visually wonderful film, plus it’s always so interesting to see fairy tales from other cultures – they never follow the structures that seem so right and natural to our Western-encultured eyes, and the embedded moral lessons are very different than you’d find in a European fairy tale.  A good reminder that what seems “normal” is very much a subjective thing.
Harvestbird and I had planned on going to another film in the evening, Is the Man Who is Tall Happy?, Michel Gondry’s documentary/conversation with Noam Chomsky.  The timing wasn’t going to work out for her though (because: children), so my revised plan was just to go on my own (how could I miss a film on Chomsky after I spent half of last semester debating the validity of generative linguistics?), but then I got a message from her on Friday saying that the film had just shown up on their <*cough* not Netflix because we can’t get Netflix in NZ and of course nobody would ever use a proxy to pretend to be in America and acquire illicit access that way *cough*> queue, so would I like to watch it with them at their place instead.
So a new and improved plan was born, and we spent a very enjoyable evening eating way too much junk food and watching the film, with the bonus that we could pause it for critical comment whenever the whole “Chomsky as Elder Statesman of Linguistics who must be listened to with awe even when he’s making pronouncements on things way outside his field” thing got too much for us.  Followed of course by long and in-depth (and only slightly whisky-fuelled) discussion on the film’s merits and philosophies.  It was a very late night!
Then this afternoon, Harvestbird, the elder mini-Harvestbird, and I went out to Tai Tapu to explore a promising crafty-type shop (which didn’t quite deliver as much as it promised, so I didn’t buy anything), followed by cake at the cafe and some playground time (during which I may have spent more time clambering around on the climbing frame than the mini-Harvestbird did… but only so I could help her build confidence, honestly! 😉 ).  A lovely afternoon – Mini-Harvestbird is always so excited to come on these “only for big girls” outings without her little sister, and Harvestbird and I got to continue our long philosophical discussion from last night.
Somewhere in there I even managed to squeeze in a little time to work on the next stage of my second butterfly.  A wee teaser: 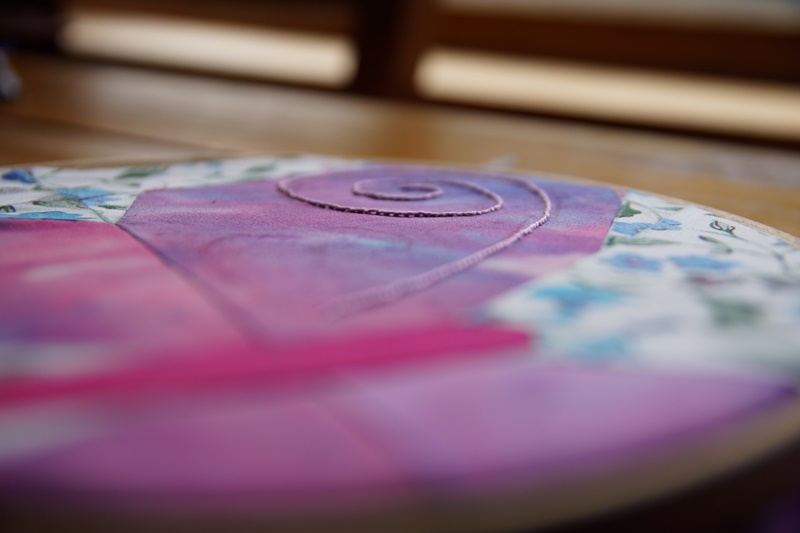 And to add even further to the pretty: 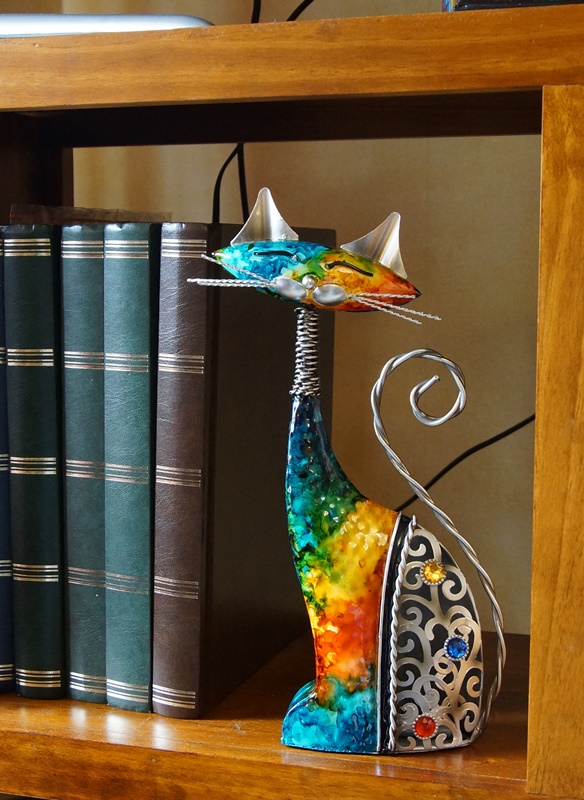 I spotted him in a shop window as I was leaving the picture theatre yesterday, and couldn’t resist.  I’m not sure exactly where he’s going to live yet, so I’ve been auditioning him in various spots around the house.

As promised, a totally selling-out post on the Food Show, which I attended today (with Lytteltonwitch as my trusty assistant) thanks to free passes from a friendly PR person. I was greatly amused when the free passes turned out to be media passes!  Yes, I know blogging is social media and all that, but it’s…

It seems the earth wants to remind us that just because it’s a new year, that doesn’t mean the end of the aftershocks.  We were rudely awakened twice during the night by big ones, a 5.1 at about half past one, and then a 5.5 at quarter to six.  Followed, of course, by a string…

The second wet-weekend block I created is called the Sawtooth Star. This one has a much larger centre than the other blocks I’ve made so far, which was a nice opportunity to show off one of the large-scale fabrics from the layer cake. To make a 9-inch finished block you’ll need: Print: one 5 inch…

ecember weather is notoriously changeable in Christchurch, but it’s been outdoing itself this year – the temperature has been going from high 20s to just above freezing and back again in the space of a few days, and yesterday we had two huge storms, with thunder and hail and all sorts of drama. The first…