…but I’ve actually finished the Birds in Flight quilt!  I made the binding for it last weekend, and then took advantage of the fact that I have a cold and it was raining yesterday to spend the day doing as little as possible other than sitting watching videos while hand-stitching the binding down (yes, I’m a glutton for punishment, but it looks so much better when it’s hand sewn compared to just top-stitching it).
And here’s the result (with bonus Parsnips in the background – I didn’t notice her there while I was taking the photos): 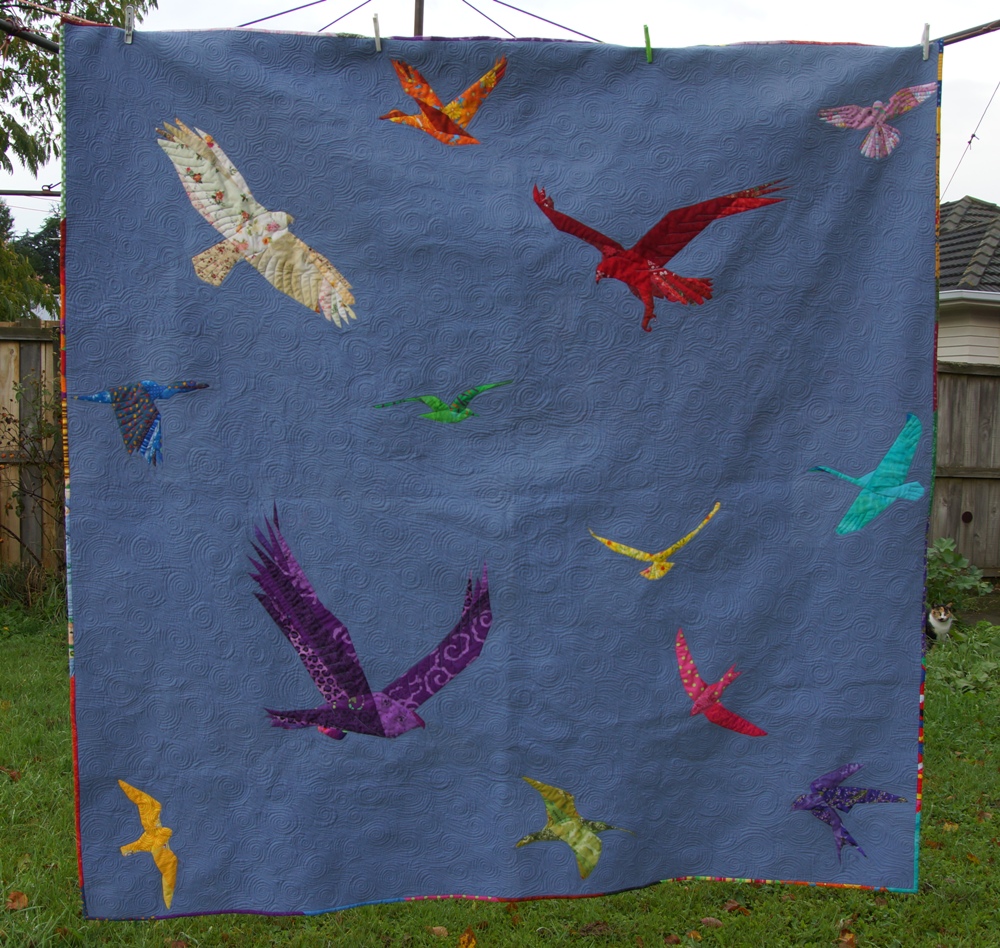 Other than the fact that I really should have added an extra strip of background fabric around the edges so that the birds aren’t so close to the binding, I’m really happy with how it turned out. I had a few doubts about my choice to use a scrappy binding while I was sewing it on, but now that I see it as a whole I like it again. And I’m really pleased with how the quilting looks, especially the contrast between the background and the birds. 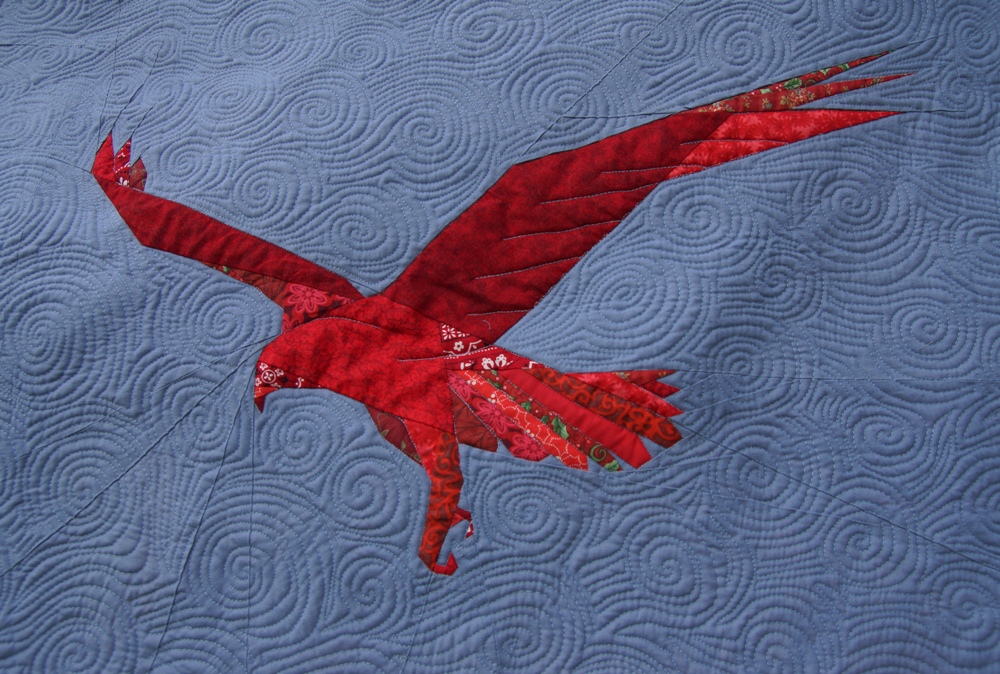 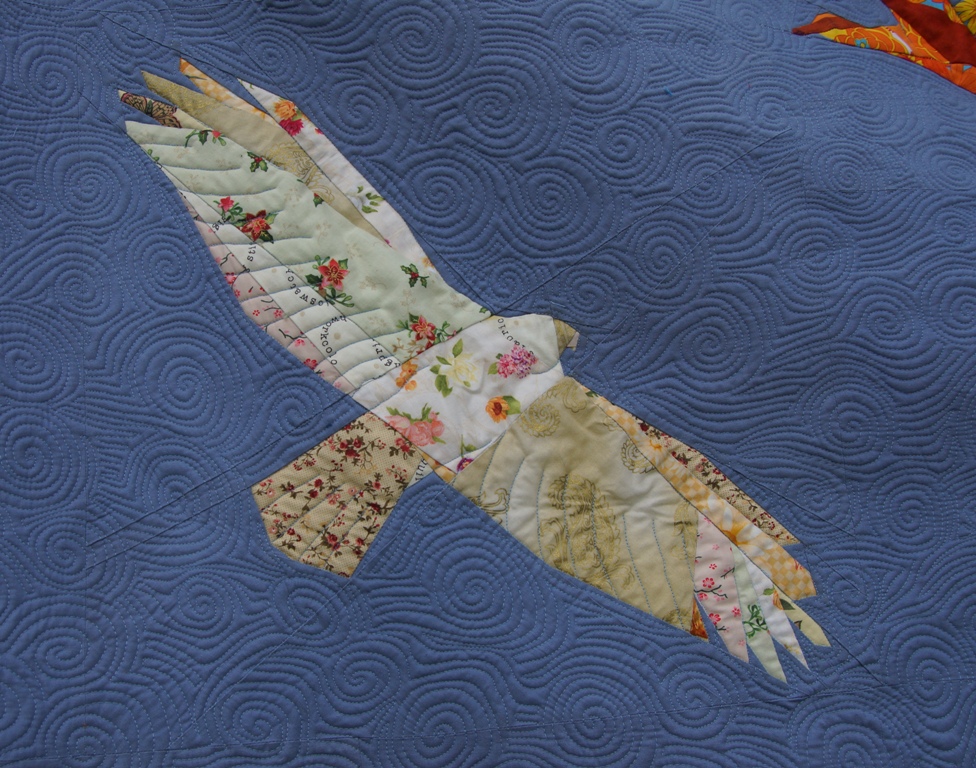 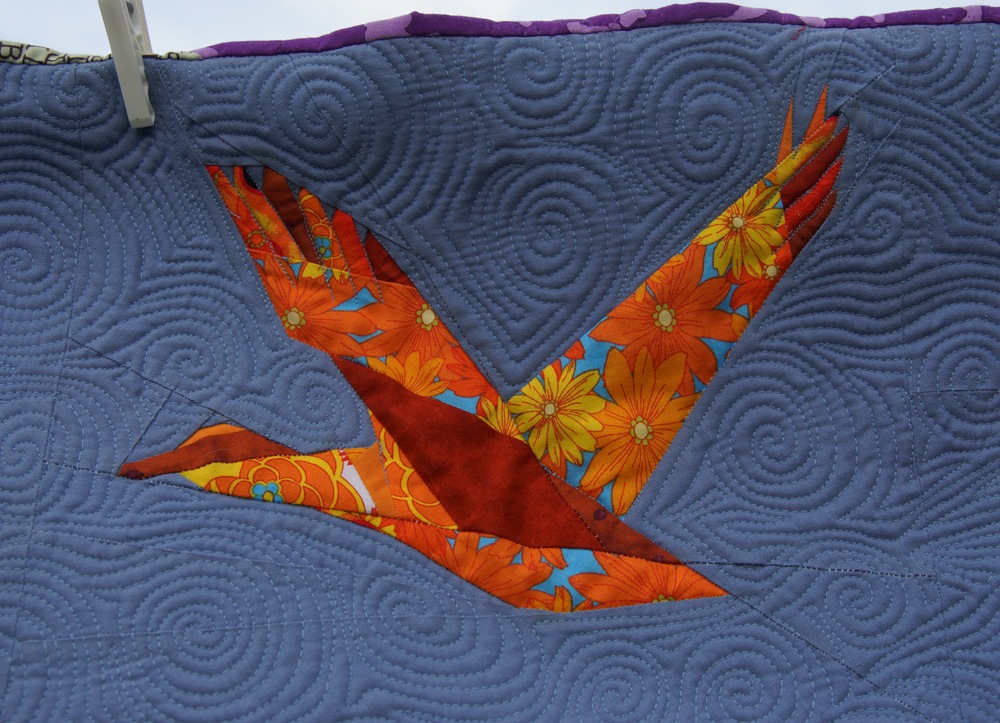 (The duck is definitely my favourite bird on the quilt – I’m not normally a fan of orange, but something about the way the different fabrics combined just works here)
I love the way the quilting around the birds makes them show up on the back, too: 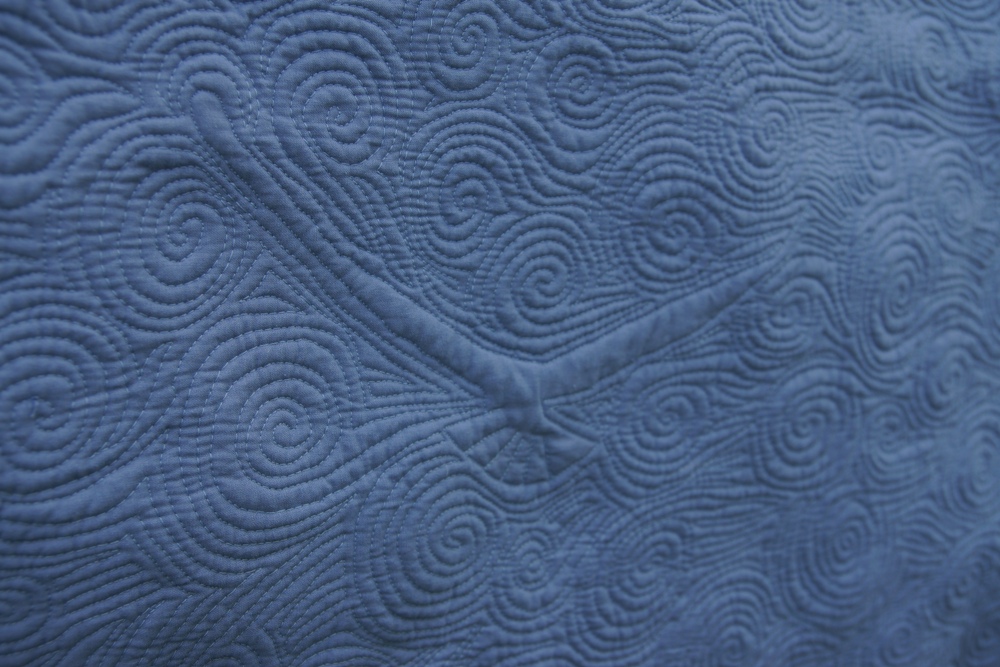 And talking of the back, here’s the full effect of the rainbow stripe (which, yes, is a bit askew. It wasn’t supposed to be, and I thought I’d lined everything up correctly when I basted the quilt, but obviously not…) 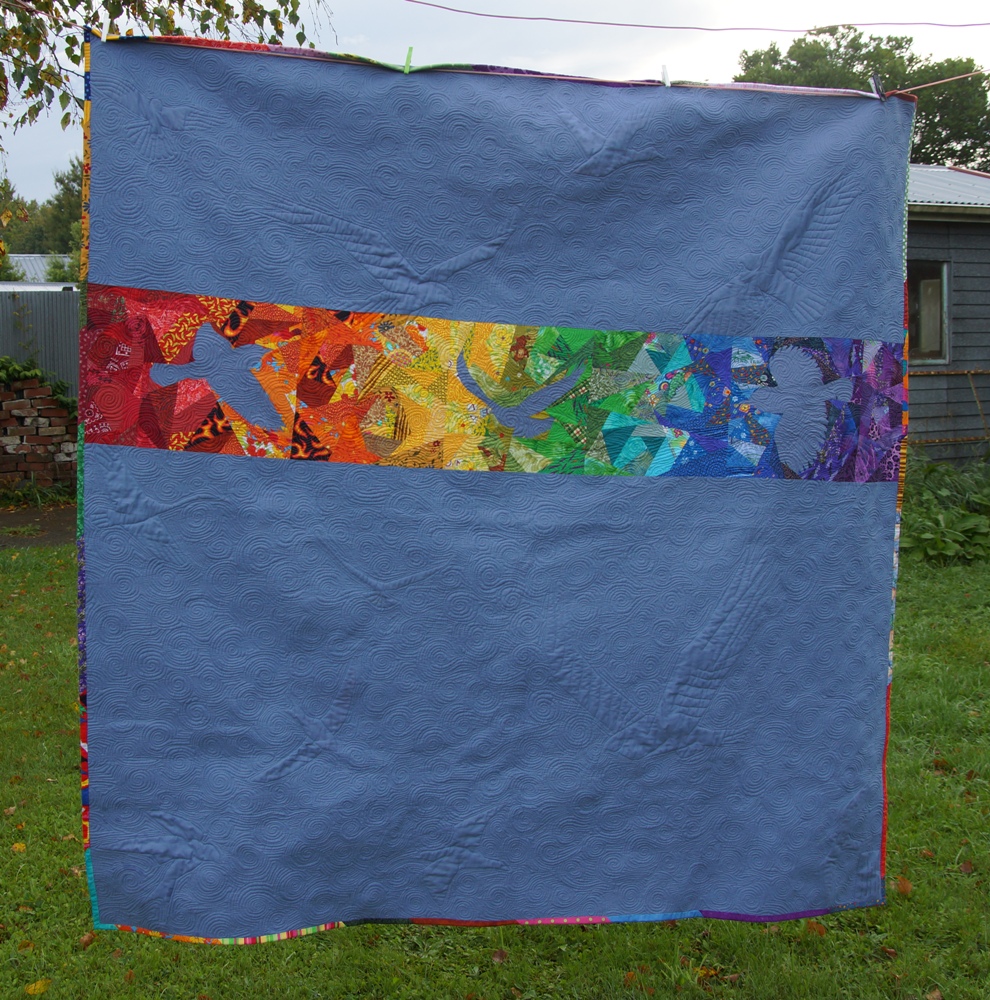 Other than the slight slant, the back turned out exactly as I’d hoped. In fact, I think I almost like it more than the front.
Just as I was finishing taking the photos, the sun finally came out, so here’s a couple of shots to show off how bright those colours look: 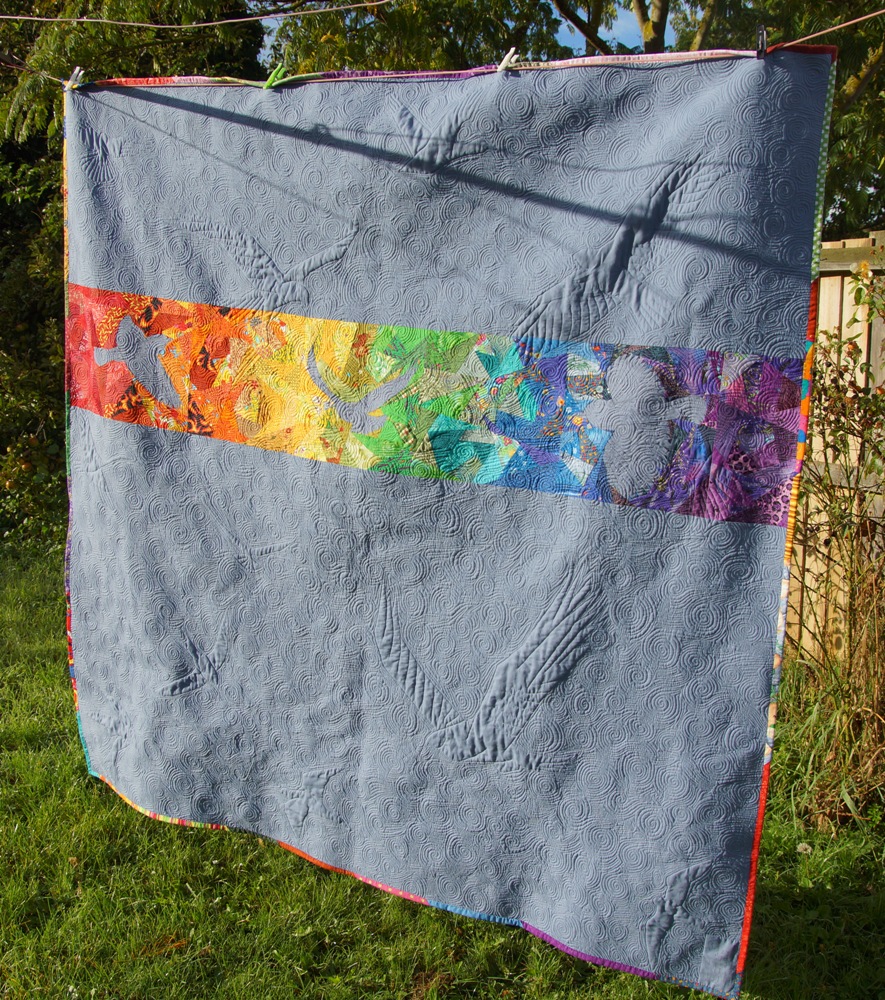 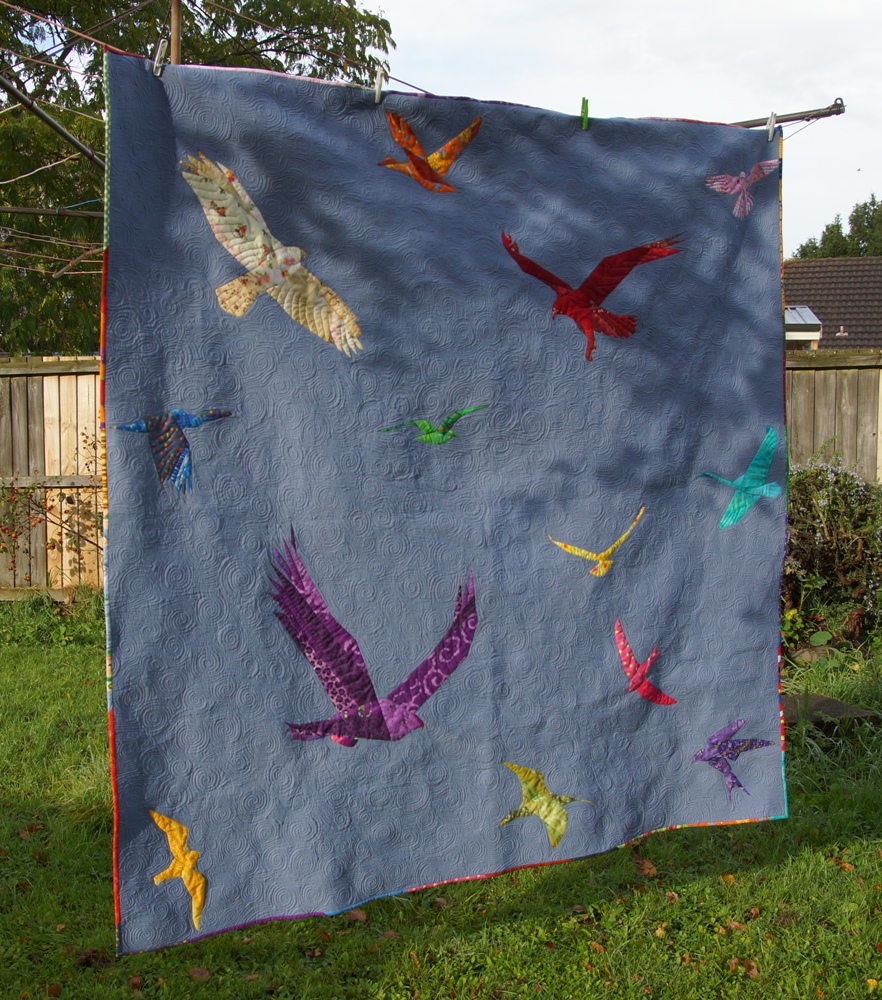 Not bad for three year’s and two month’s work (I checked, and I started it in January 2015).
And finally, just for the pretty, an artistic-type shot of the back: 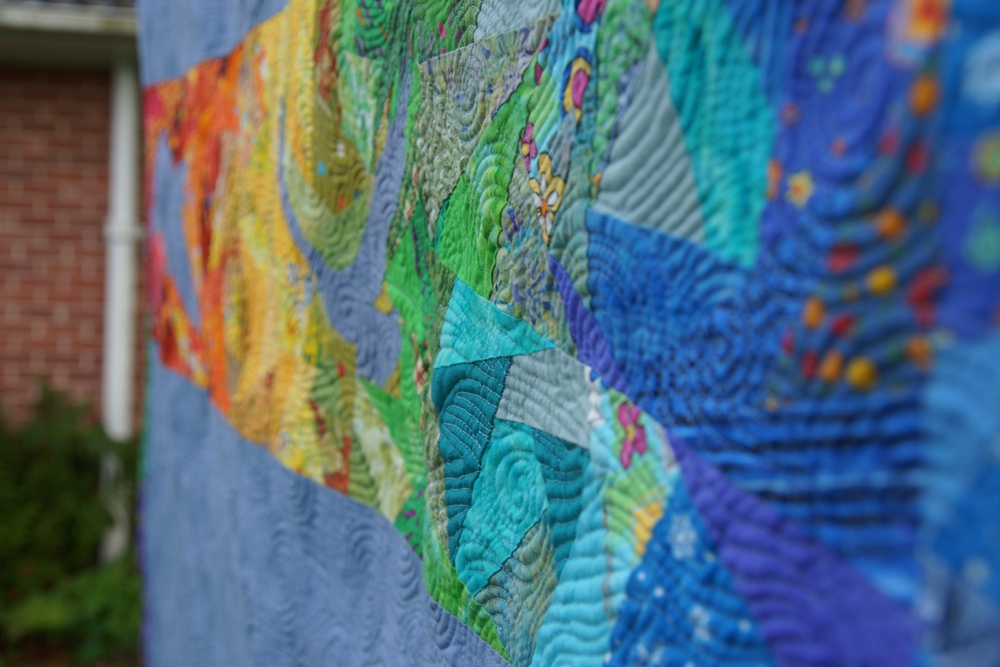 emester starts tomorrow, so I was hoping to spend the weekend on a last burst of sewing to get the last two birds done.  But best laid plans and all that – I’m coming down with a cold (not *too* bad so far, but as almost everyone I know has had some variety of nasty…

There is a type of tiny quilt that is commonly called a “mug rug”.  Except, in my house apparently it would be more appropriately called a “cat mat”. “What? It looked comfortable.” I have decided that Parsnips follows a definite set of rules when deciding whether to sit on something: Truth condition Probability of cat…