It was the boys’ turn to claim their Christmas adventure today, so Dad offered to drive us up to Queenstown.  Queenstown is *the* place to be for New Year’s, so the town was totally packed (yeah, probably should have thought of that before we picked today to go up there…), and we had to queue for about an hour just to get tickets for the gondola.  Then at the top, there was another queue for the chair-lift which takes you even further up the hill to the start of the luge track.  It was another stinking hot day, so I was very glad I’d remembered a hat and sunscreen for a change, with all that waiting round in the hot sun!
I’d bought us a family pass, which got all four of us up the gondola, plus five tickets for the luge (we could have bought a slightly more expensive pass with a lot more tickets, but when they told us at the ticket office that the queue at the top was about 30 minutes, it didn’t seem worth it, given that we’d probably only have time for a couple of goes).  Dad didn’t want to go on the luge himself, so I said I’d go on the luge with the boys for their first run, then they could use the remaining two tickets to try the faster track (they make you go on the slower track your first time down, to make sure you know how to control the carts) on their own.
I gave Dad my camera to hold while the boys and I were on the luge, so of course he took photos: 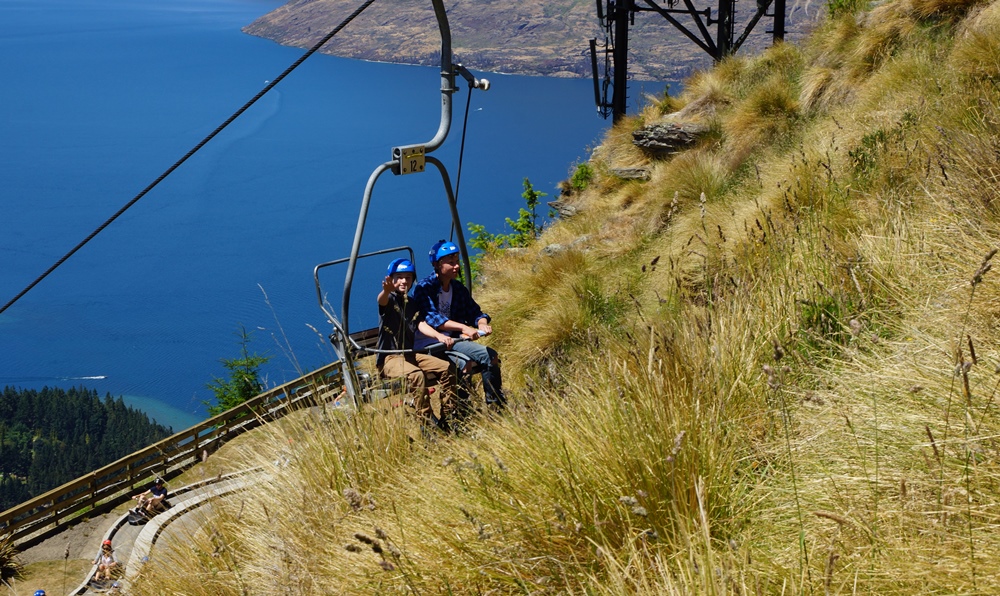 Chair-lift to the top (despite appearances, you don’t actually scrape your feet along the ground – the chairs are a very long way up, but the angle of the hill from where Dad was standing makes it look low) 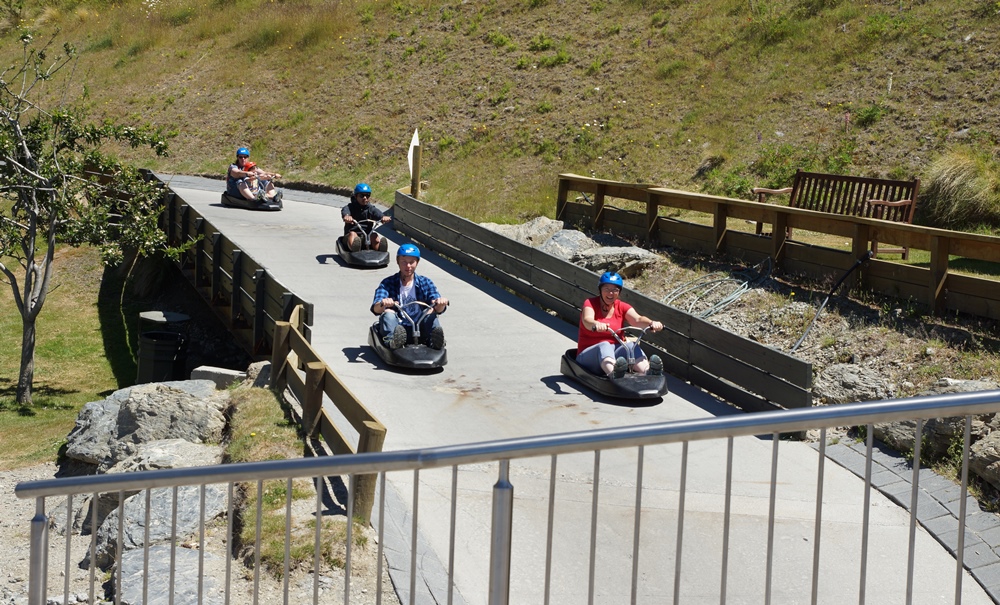 Nephew #1 and I “racing” (about 30 seconds after this he passed me, and I didn’t catch up again until the bottom of the hill. Probably because I kept using the brakes round the corners…) 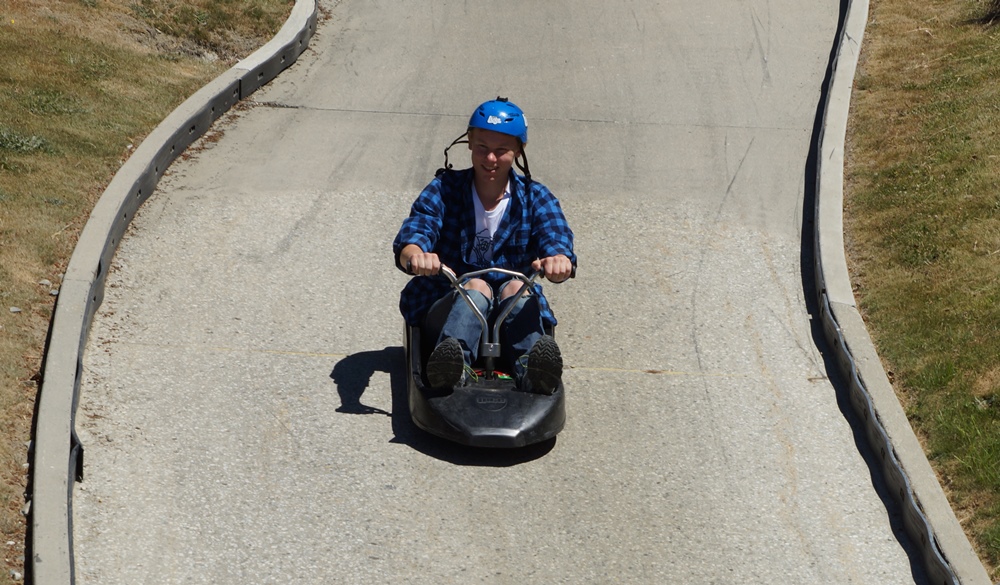 On the fast track (and desperately hoping Brother and SIL don’t see this and notice that he forgot to do up his helmet – I really was looking after them, honestly!) 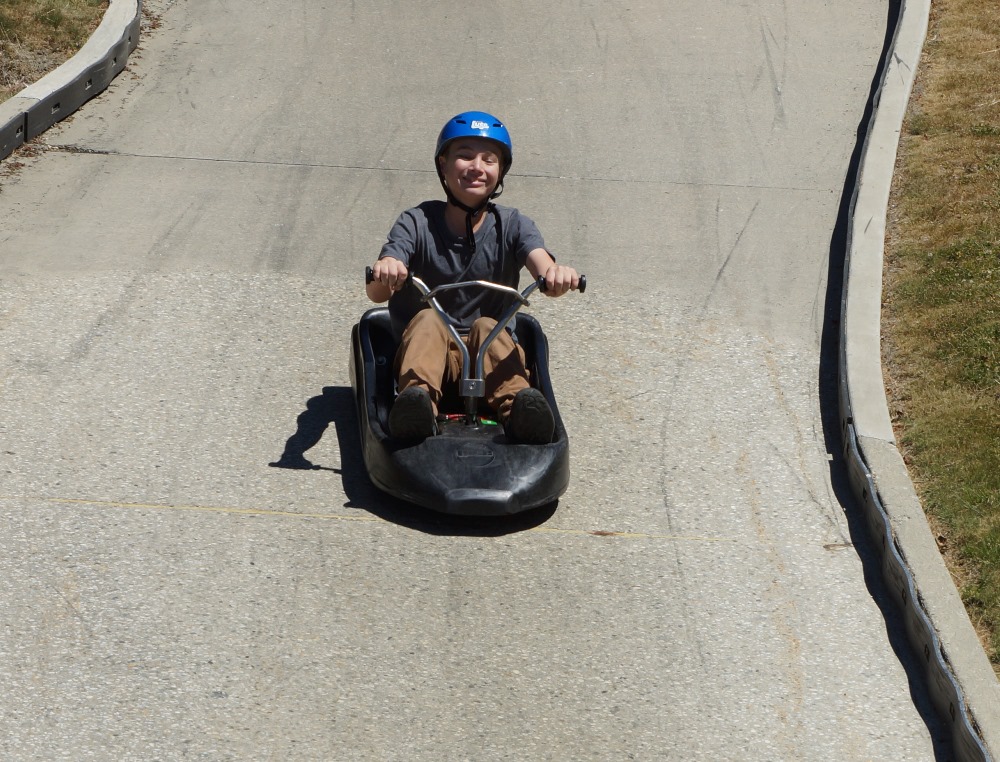 I think they enjoyed their day 🙂 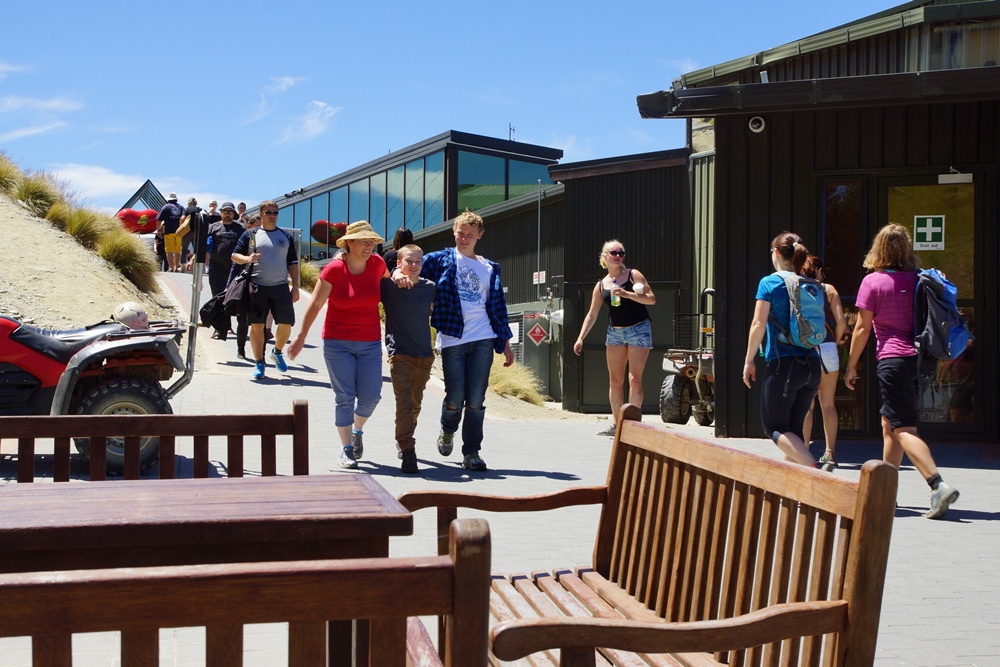 This is why you should never leave your camera with your parent: they take photos of you being silly! 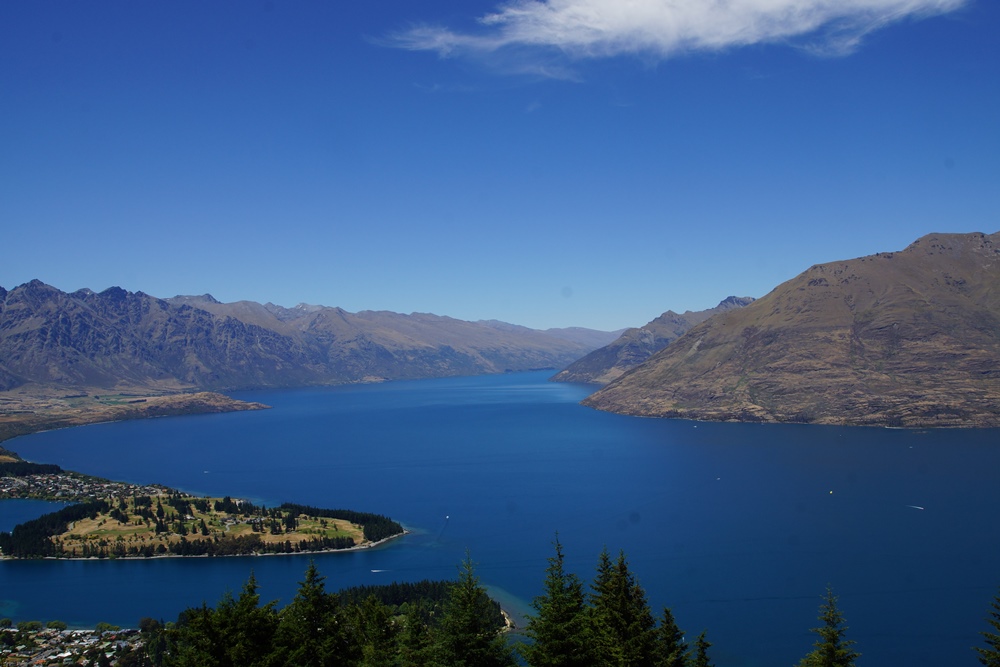 Obligatory beauty shot of the view over Queenstown and Lake Wakitipu. 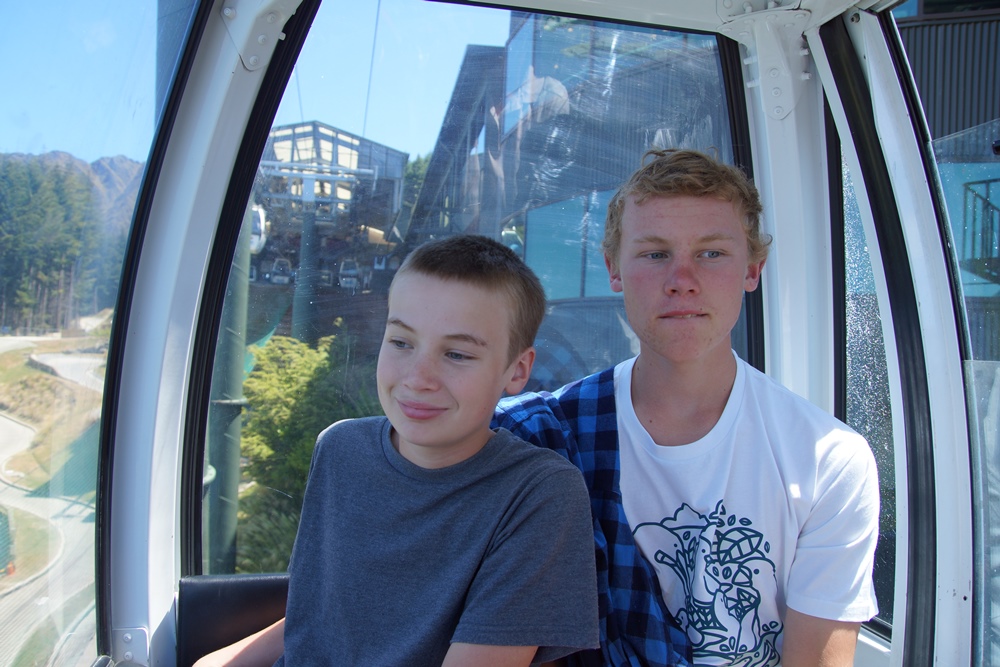 On the gondola back down again.
By the time they’d had their second go, it was well past lunchtime, so we decided to go back down the hill to Queenstown and try out the famous Ferg Burgers (supposedly the best burgers in NZ).  Of course, being famous means they’re also incredibly popular, so it was back to standing in a queue again – another 30 minutes just to get to the counter to order, and then, because they cook everything to order, 20 minutes while our burgers were prepared.  Nephew #2 got sick of waiting about half way down the queue, and opted to go round the corner to McDonalds, but Nephew #1 and I stuck it out, and the burgers were definitely worth the wait.  Even if it did mean we finally had our lunch at about 3 pm.
New Year’s Eve tonight, but I don’t think we’ll be doing anything special.  Anyway, after all those queues today (there was even a queue to get home: there’d been an accident just before Lake Hayes, and the queue of traffic was backed up nearly all the way to the airport turn-off, so we were crawling along for ages until we got past the accident spot), I think I’d rather just have an early night than go find another crowd to stand in!

It’s a cold and miserable drizzly day (I assume this is the far edge of Cyclone Pam that’s sitting somewhere over the North Island at the moment), and I’m feeling cold and miserable and loaded with the cold.  And I can report that daytime TV is just as lacking in entertainment value as it ever…

DD was down most of yesterday, so I had to post yesterday’s entry on Livejournal instead.  But look, proof I really didn’t break my daily posting streak: Anyway, here’s a copy and paste of what I would have written yesterday if the site had let me in: A few interesting recent catches: My Favourite Wife…

2016 was an interesting year. For me it was of course dominated by my thesis – I basically spent the whole year in hibernation, working 50+ hour, 6-day weeks juggling a full-time job and part-time study. Of course, I did take a month off for Greece and Italy, which was pretty cool (and I promise…

amp day again – I think January swapped its weather with December, so instead of the heatwave we’d normally be getting now, we’re getting rain and general “are you sure it’s summer?” weather. Oh well, at least it’s damped down the fire risk (literally), and I’m sure the farmers are happy.  It would be nice…

ecause bodies are evil, and know when you’re on holiday, mine has decided to get sick this week, with strep throat of all things.  I’ve never had it before, but was under the impression it’s something that only kids get.  But no, apparently adults can get it too, and I have it. Luckily it’s not…