I had another look at the kestrel in daylight, and having let enough time pass for the frustration at not getting it to work right to subside, and I’m feeling a lot happier about it now. The misalignment isn’t nearly as bad as I’d thought, and (as a couple of you pointed out) hardly even noticeable if you don’t know it’s there.  Must learn to be less perfectionist! (yeah Mum, I know, I’m turning into Granny…)
Daylight produced a much better photo, too (funny that): 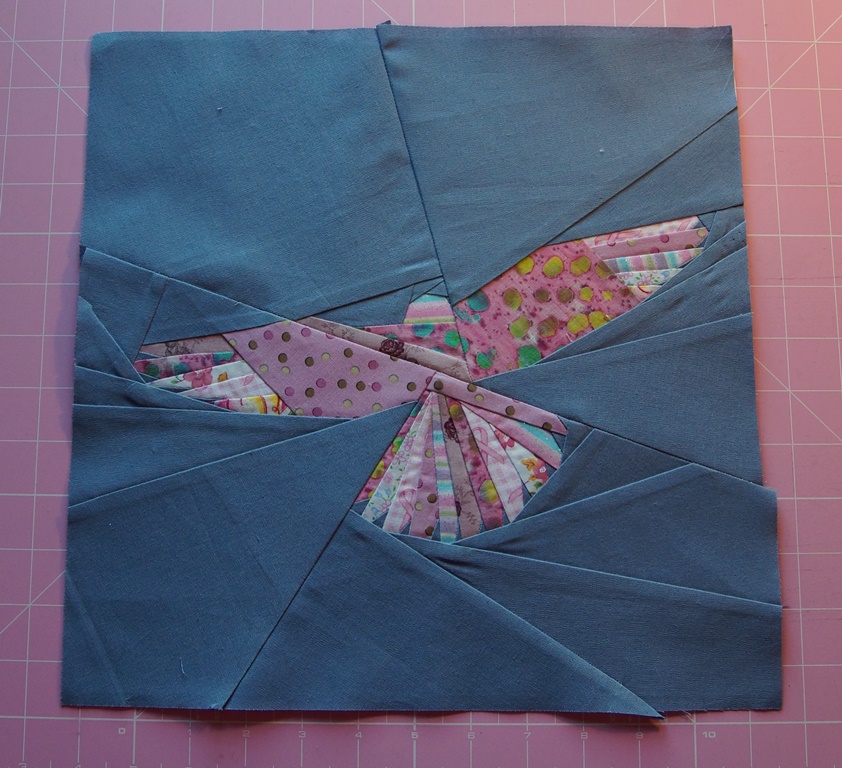 Last night was our club contest night for Toastmasters.  I hadn’t intended to enter (because I’d rather just enjoy the learning environment at the club than get competitive about it), but when I got there the contest chair was in a panic because there were so few entries that it was embarrassing (especially because the judges, invited from another club, were looking like outnumbering the contestants).  So after standing chatting with a couple of other non-contestants feeling increasingly guilty while Ellie kept casting pleading glances at us, I said to Ben, who I’d been talking to, “I’ll enter if you do”, and we both signed up for the evaluation contest (which doesn’t require a prepared speech – instead, the competition is on how well you evaluate (critique) someone else’s speech, which you hear for the first time on the night and then are given only 5 minutes to prepare a 2-3 minute speech saying what the speaker did well and how they could have improved it).   I probably should be put out that after me prompting him to sign up, Ben won third place, while I didn’t place at all, but he totally deserved it – his evaluation was really cleverly done (while mine was good, but not great – see above about lack of competitiveness).  I did get a certificate of participation, though 🙂  (and more importantly, relieved Ellie’s panic about not having enough contestants).

I’m down in Alexandra for a few days visiting Mum, but we decided to postpone Christmas celebrations until Brother and family get back from SIL’s parents in Middlemarch.  So today was pretty much an ordinary day.  Except that we decided to go over to Lauder to visit my uncle, which rapidly turned it into a…

Lytteltonwitch and I spent the weekend in Oamaru, where they were holding their annual Steampunk Festival.  We didn’t dress up ourselves, but we did go to a few of the events. I think what was most fun though was just seeing all the costumed people wandering around the streets. I wasn’t brave enough to actually…

alf-square triangles and flying geese aside, it’s been a very busy couple of weeks, both socially and with the final push to get QuakeStudies 2.0 finished in time for the launch. We’ve been working on the upgrade (which is actually a totally new build, and then migrating all 148,000 items across from the old system…

Three more squares done, using patterns from the ‘A Few Scraps‘ blog: “Topography” – I like this one almost as much as the wood grain one – nice and easy, forgiving of mistakes, and looks cool when it’s done. “Leafy Branches” – a bit trickier (lots of backtracking!), but looks great.  I was really starting…