fter spending most of the morning cutting scraps of material into strips, and most of the afternoon sewing them back together again (who ever said quilting was a logical sort of hobby…), I’ve managed to complete a whole six blocks of my quilt.  Good thing I’m not working to a deadline this time!
Pretty pictures of the work in progress: 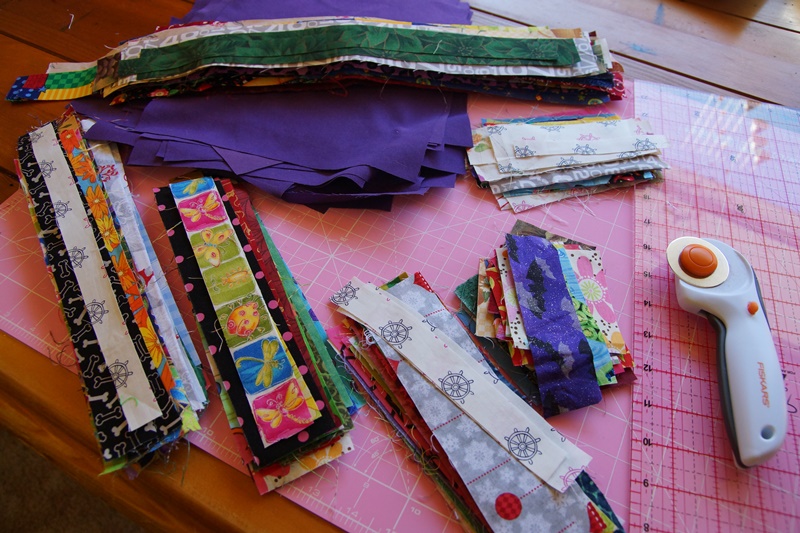 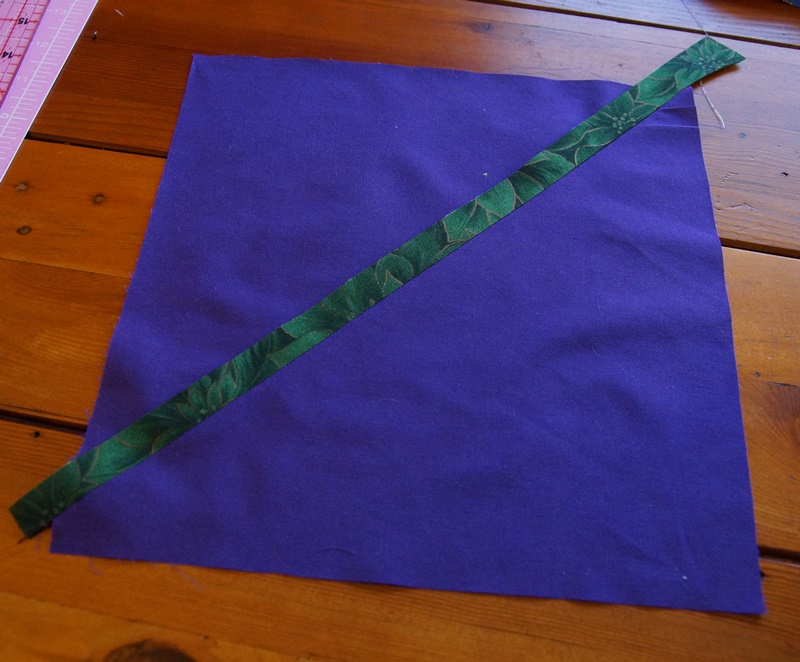 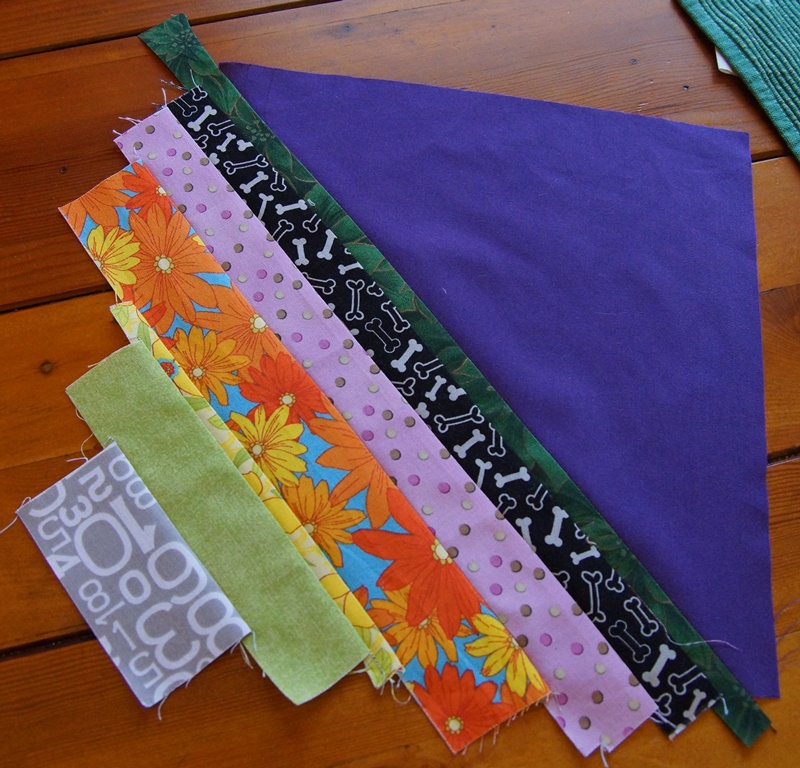 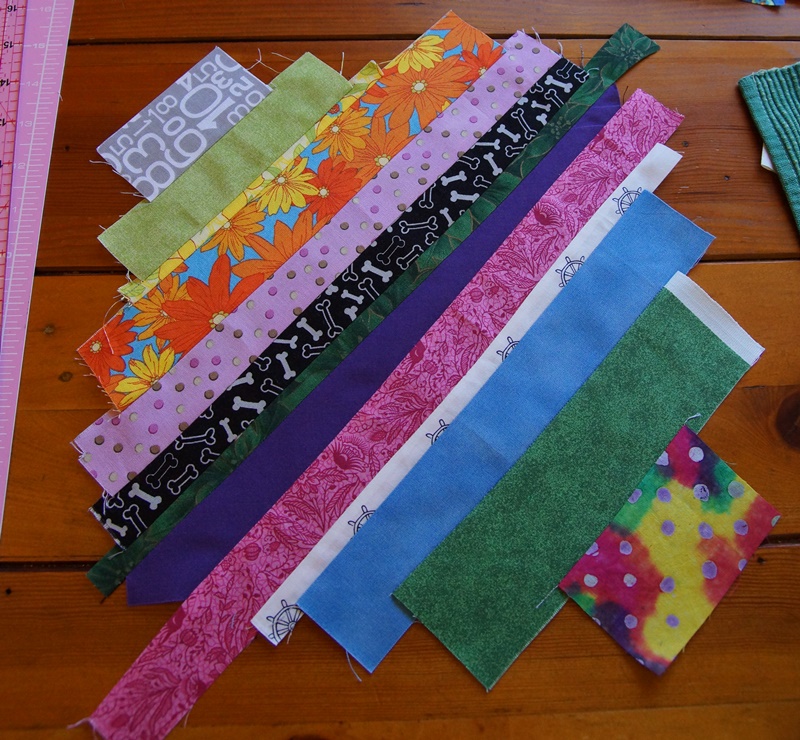 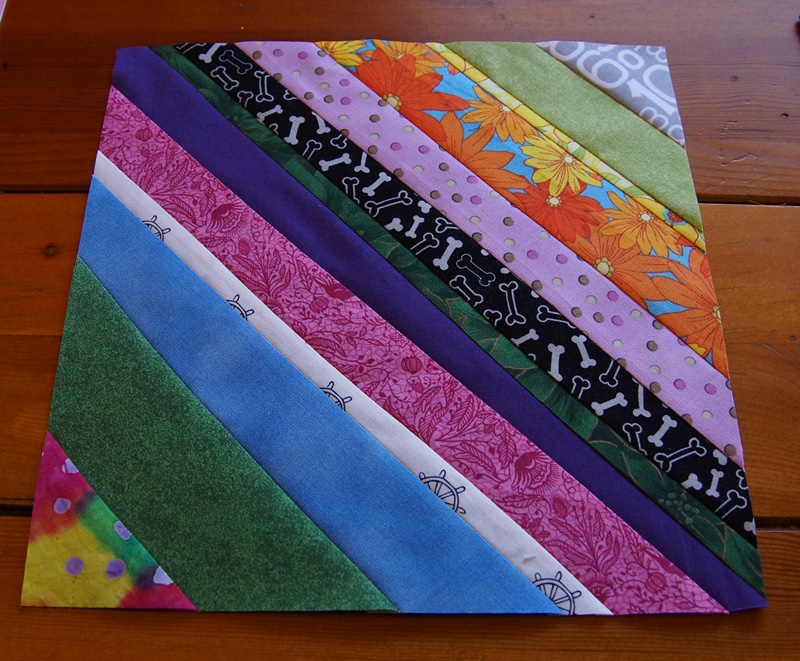 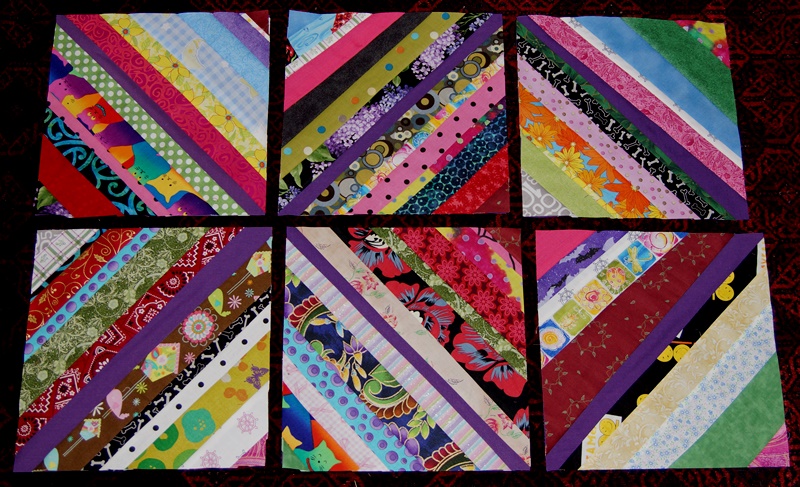 The stripes are deliberately all different widths, and occasionally on weird angles, and a random mish-mash of colours, so that there’s just that central stripe of the backing material (which is actually an old sheet cut up) to bring them together.  Hopefully it should look really colourful and interesting by the time I’ve finished all the squares and sewn them together.  I like the effect so far, anyway 🙂
The technique is quite fun, too – it’s a bit like paper piecing, but free-hand (and without the paper ;-)).  You basically just lay each strip face down and sew along the inside edge, then fold it over and iron it flat, then lay the next strip so that when it’s folded it will cover the raw edge of the previous one and so on.  Looks incredibly messy until you trim it back into a square again, then (I think, anyway) it suddenly looks really good – like a proper quilt square 🙂

artankiwi has announced a “quilt-along” for a quilt she’s designed, and I’m so tempted to join in.  It’s an amazing design, featuring all sorts of paper-pieced birds, with loads of different options for the final layout.  And I really enjoyed doing the wee challenge with the butterflies, seeing how everyone interpreted the pattern differently. But. …

DD was down for a couple of weeks, and it’s amazing how much the urge to blog strikes when you don’t have a platform!  Of course, now that it’s back, I can’t remember any of the stuff I wanted to write about, so I’ll have to content myself with pretty pictures of crafty things I…

Yep, that’s the final bird done – the osprey. So yay, finished all the birds! Except now it’s the hard part – I’ve got to figure out the layout to get them all onto a quilt.  I do have a rough plan sketched out, but of course, I’m likely to change my mind on a…