I’ve always suspected being social is a dangerous thing.  I proved it on Tuesday night, when, waving to my neighbour as we always do when I happen to arrive home while she’s in her front yard, I thought I’d actually stop and say hello for a change.  As I was talking to her, I leant on the fence, and felt something pinch my arm.  I thought it was just that one of the palings had moved and pinched me, so I just shifted my position and thought nothing of it.
Half an hour later, I realised my arm was still hurting (yeah, I know, blame my genetic propensity to high pain tolerance – I’m really good at not noticing that something hurts), and had a look at the spot where I’d pinched it.  Which turned out to have a very obvious raised white lump, surrounded by a big red patch, and, when I looked closer, a definite puncture mark in the middle.
We don’t have a lot of poisonous bitey things in New Zealand, and of the ones we do have, two thirds have been (accidentally) imported from Australia.  There’s the native katipo spider, which is very rare and pretty much only found in sand dunes, the Australian redback spider (which is also rare in NZ, and anyway, I knew it wasn’t that, because I was still standing), and, the most likely culprit, the Australian whitetail spider.  Whitetails technically aren’t poisonous, because they can’t seriously harm humans, but their venom does cause a painful reaction in most people, and the photos Google showed me of whitetail bites matched my arm exactly.
The white lump shrank within a couple of hours (the photo below was taken later that night, when it had almost disappeared), but it stayed painful enough to be annoying (i.e. what a normal person would call “very painful”) for the rest of the night, and even now, three days later, it’s still a bit tender to touch (and incredibly itchy!), and the red mark is only just starting to fade. 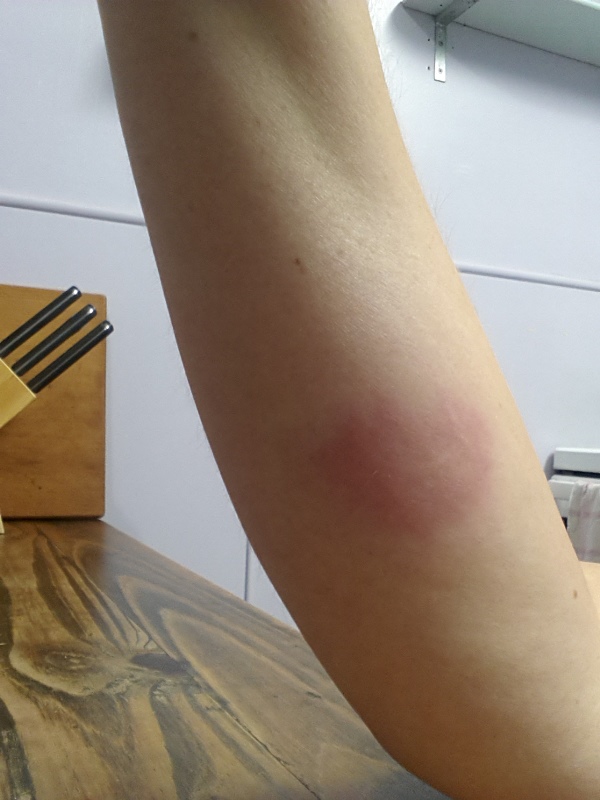 I now feel totally justified for all the whitetails I have killed over the years whenever they’ve dared to make their way inside my house. And even more justified in avoiding gardening – there could be hundreds of the horrible little things lurking out there just waiting for the chance to bite me.

I’ve been going along to the weekly craft meetups reasonably regularly. I quickly got bored with my knitted dishcloth production line (it halted half way through my third attempt), so instead I pulled out a long-abandoned embroidery project (ok, I just looked back through old blog entries, and I bought it at a craft shop Sherlockfan took me to during a trip to Wellington in 2010!) as a nice easily-portable craft I could work on at the meetups. I’ve made pretty good progress (although some of the stitching is a bit rough – we rotate between several different venues for the meetups, and some of them don’t have the best lighting!): 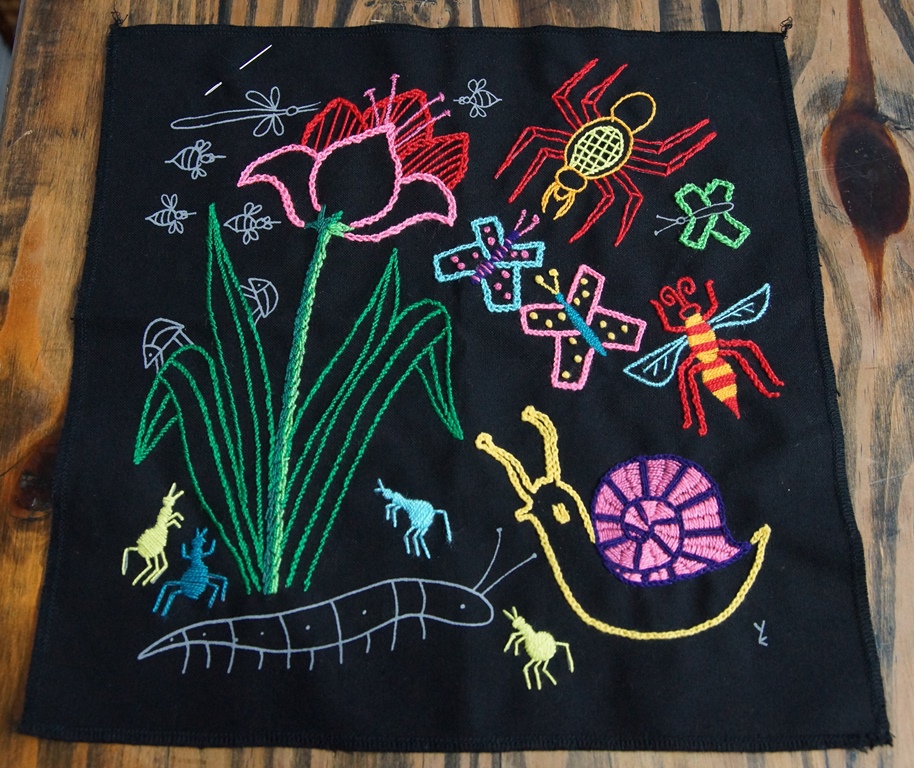 Ironically, I was working on the spider at this week’s meetup…

Yeah, my good intentions to get my travel journal posted didn’t come to much, did they? Usual excuse – I’ve been too busy to sit down and write (actually, it’s not the writing that takes the time, because all I have to do is transcribe the handwritten journal I keep when I’m travelling. It’s the…

s of today, I’ve managed to post daily for 200 consecutive days.  Sort of by accident.  When I started the exercise of writing daily, my aim was only to do so for a month, just to see if I could.  I seriously doubted I’d manage it (which was why I never actually announced my intention…