Well, not really, but I couldn’t think of a more interesting title.
It was the first meetup of the year, though. My threats to stop organising obviously worked, because we had a good turnout for a change: Rarsberry, Otakuu, Kiwiviv, and Bruce, Stephanie and Linda (one day I’ll remember their bookcrossing names!). The venue was voted a success too, which is great news for me, because it’s so easy for me to get to after work.
As usual, many books were exchanged: I passed on The Benefits of Passion by Catherine Fox, A Cameo Role by Sarah Grazebrook, On The Run by Gregg and Gina Hall, and Amazing Rain by Sam Brown, and picked up Silent Snow by Steve Thayer, Odd Hours by Dean Koontz, and Three Men In a Boat by Jerome K. Jerome
And I *almost* managed to complete Xanthi’s birthday challenge to eat a vegan meal, but the lure of the garlic naan’s butter was too much. At least it was vegetarian, though – that has to nearly count, right? 😉

The kittens had a first: their first vet visit today, for booster shots and a general checkup. They were both declared fit and healthy, and in a few more weeks (Parsnips needs one more booster, being a couple of weeks younger than Pushkin) will be allowed to start going outside.
They (as all kittens do) alternate between being evil and angelic. One minute they’re chewing through the cord to my phone charger (just when my phone’s battery was about to die, of course!), and the next they’re snuggled up sweetly together and the cute outweighs any annoyance. 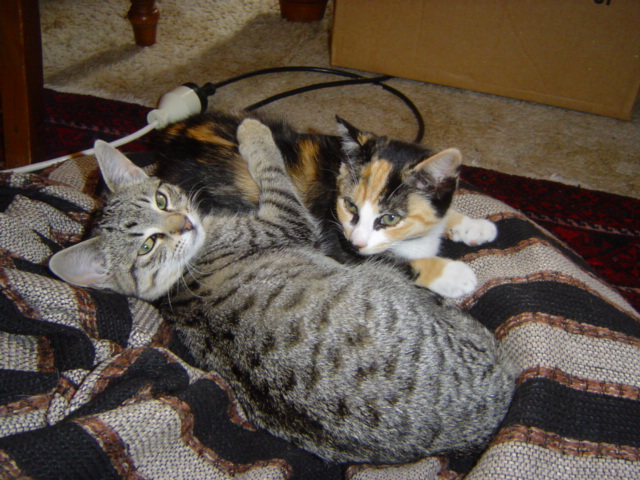 No cross-stitch update – kittens and long strands of embroidery cotton really don’t mix (the kittens might beg to differ – they’d really like them to mix!), so unless I lock myself away in the bedroom I can’t get anything done. Maybe if it’s a nice weekend I’ll take it out into the garden.

In other bookcrossing news, a few recent catches:
Vixen 03 by Clive Cussler travelled from Dunsandel to Nelson for a second-generation catch, and The Power-House by John Buchan went on a similar journey from Twizel to Motueka. And another catch from my BC Birthday releases: Prized Possessions by Avery Corman.

I can’t remember who it was who was searching for the elusive 8-no-cover-pics in the recent releases and catches bar, but I spotted one the other day, and screenshotted (screenshot? I don’t know how to verb my nouns) it for posterity: 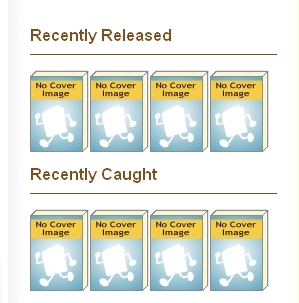 ent out for drinks after work last night with the rest of the CEISMIC team, to a cafe just off campus.  It was a lovely evening, so we sat outside, and it was all very pleasant.  So much so that when everyone else started to drift away to gym classes and dates and children’s bedtimes,…