Usual excuses – too busy doing stuff to write about it (though I did make a few more videos, which may have contributed to the lack of blog posts – videos are fun to make, but incredibly time-consuming to edit, and by the time I’ve sat at the computer for long enough to do that, I don’t feel like blogging…)
I can’t remember everything I’ve been doing since I last posted, so a few highlights:
Last weekend I went with Pieta to a craft workshop run by Rekindle, where we learnt to weave baskets from cabbage tree leaves.  It was a lot of fun, and I was pretty pleased with how my basket turned out for a first try. 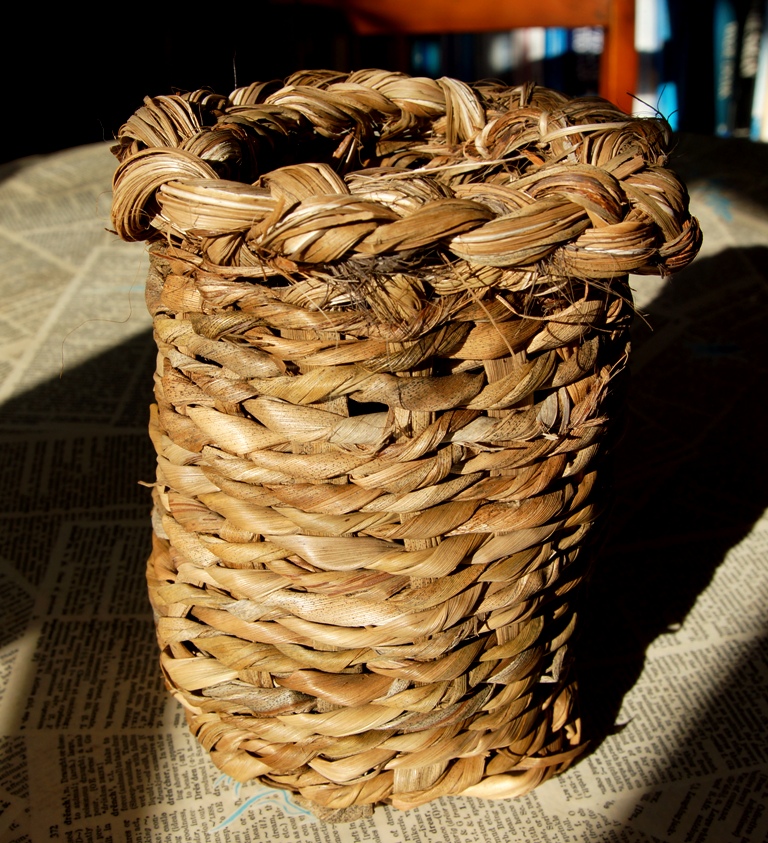 They’re holding the Rekindle workshops in the Arts Centre now, instead of out in Ferrymead, which makes them a lot easier to get to, so hopefully I’ll be able to do some more.
In other craft news, I haven’t given up on my Block of the Whenever quilt, but I did set it aside for a while so I could play with some other ideas.  Most notably, learning to do partial seams (while also videoing the process, which mainly taught me that my craft room is not big enough to be a studio!) to make a herringbone-patterned cushion (actually, the bit of that cushion I’m most proud of is the quilting – I tried to emulate Angela Walters‘s “improv quilting” technique, with lots of feathers and swirls, and it turned out incredibly well. 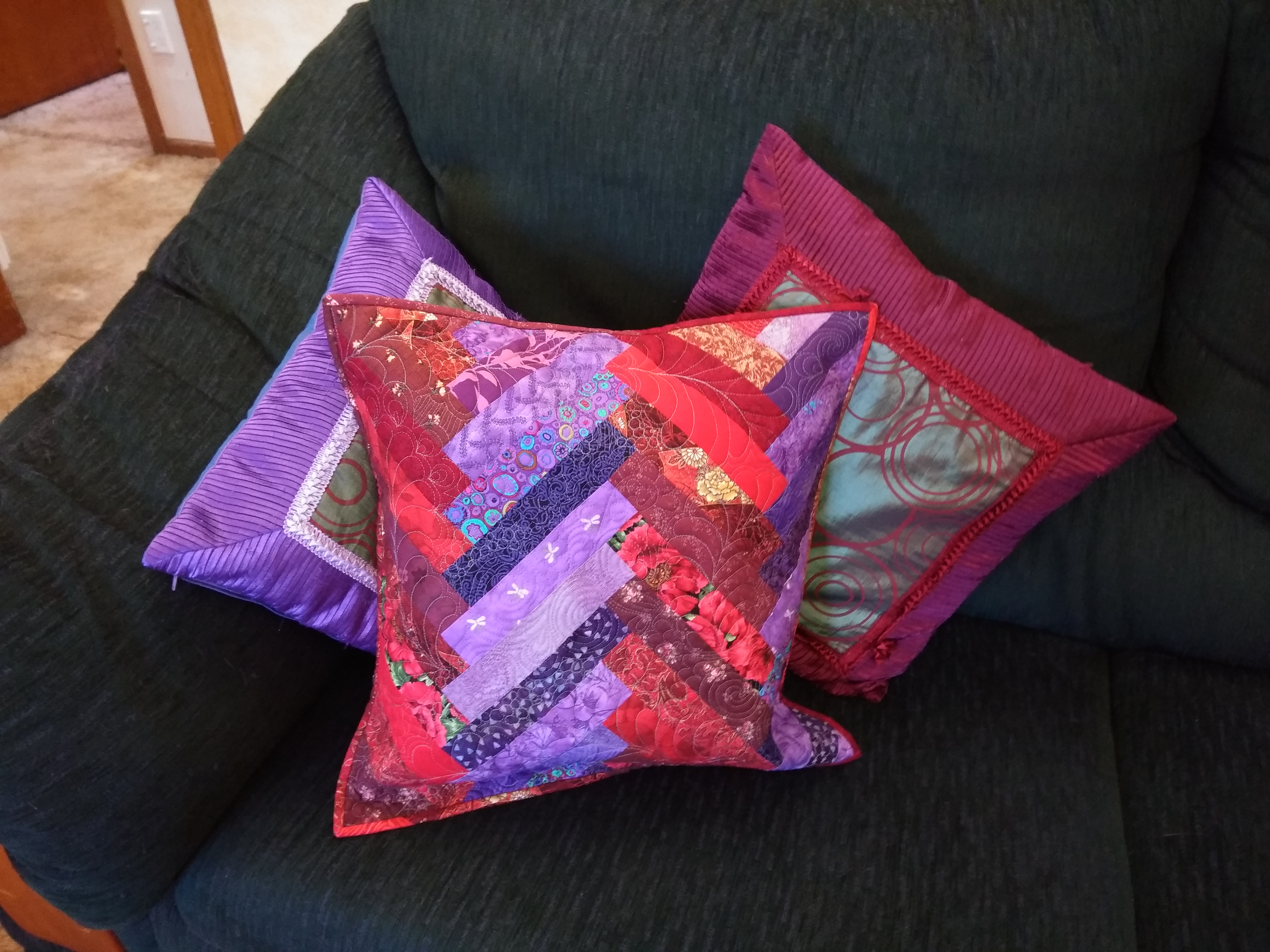 There’s also been some D&D (both in the form of returning to Gwilk’s game, as well as being invited to join another game (made up of pretty much the same people as Gwilk’s game, but with different characters, which could be challenging), as well as going to another Dungeons and Comedians show the other night), and board games, and meeting all sorts of new and interesting people, and going to talks and dinners and even to watch a band (who weren’t that great, but the people I was with were fun, so that made it worth going).  And generally being excessively social (well, excessively social for me, anyway 🙂 ).  Oh, and being incredibly busy at work and learning all sorts of new skills that take me well outside my comfort zone, but that’s preferable to being bored!
I really must remember to post more frequently, so I don’t forget half the stuff I’ve done before I get a chance to write about it…

t’s starting to get a little lighter in the mornings now, and the sun is usually just starting to come up as I leave the house in the mornings.  This morning as I was about to leave I noticed the sky was doing all sorts of pretty colours in the east, so I dashed back…

ust got a call from the builders – they finally got the results back about the asbestos testing (only a week after they said they’d have them…)  The bad news is, they found asbestos.  The good news is, it’s going to be a simple job to remove the offending panel, so they’re going to do…

uess who I had lunch with today? Yep, Lytteltonwitch. She’s finally returned from her wanderings and sufficiently over her jetlag, and I had the day off, so we arranged to meet in town for lunch, followed by a walk around town so she could get lost due to the lack of familiar landmarks.  After an…

ad sent me a text a few days ago, saying friends of his were coming up to Christchurch, so he’d given them some apricots to drop off to me.  Cool, thought I, there might be enough to bottle some of them – I love bottled apricots, and the tinned ones from the supermarket just aren’t…