Amazingly, the sun actually came out over the weekend, and the forecast for Thursday and Friday is now just “drizzle at time”, rather than rain.  Drizzle at times I can handle.  Drizzle at times means just ducking under the shelter of the marquee for a few minutes until the sun comes out again.  Drizzle at times won’t rain out my party.
I spotted the neighbour’s cat making the most of the sunshine on the roof of my garage yesterday morning.  I’m not sure how he got up there, but given that I know he can leap to the top of the fence easily enough, the extra leap to the roof probably isn’t that tricky. 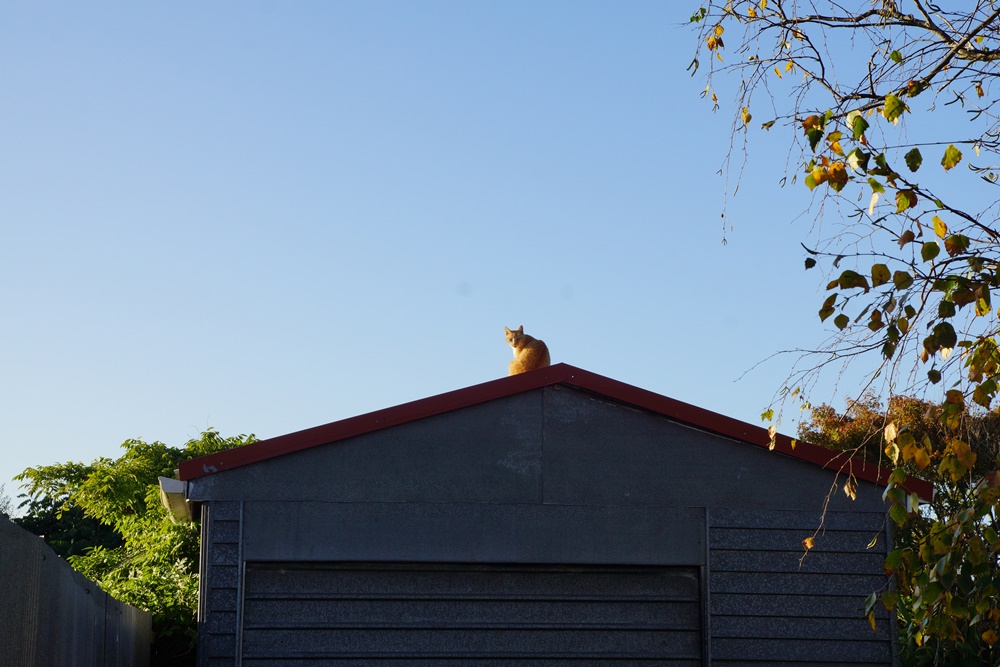 I had an incredibly busy weekend (and this week is going to be even busier!). On Saturday morning I met up with Lytteltonwitch and we went to the Food Show. Like last year, I got sent free tickets from a PR company (so I probably should have got round to posting something about it before the show was over, so that you’d have the chance to go if liked my pretty pictures, but like I said, too busy…). I don’t know if it was just because it was the second year I’ve been, or because I’ve got a million other things on my mind at the moment, but I wasn’t as impressed by it this year as I was last year – there seemed to be fewer exhibitors (or maybe just fewer exhibitors with products I was interested in), and the celebrity chefs on offer didn’t inspire me greatly (although that’s a matter of personal choice – I know lots of people were raving over Annabel Langbein being there, but she doesn’t really do much for me). However, there was still quite a lot to see: creatively presented exhibits, “health” foods made out of every ingredient you could imagine (my favourite was the raspberry and artichoke (and possibly garlic – it wasn’t entirely clear from their signage) dip), inventive products you never knew you needed, and people in silly hats. And of course, many many free samples. Definitely didn’t need lunch after doing the rounds of the exhibits! 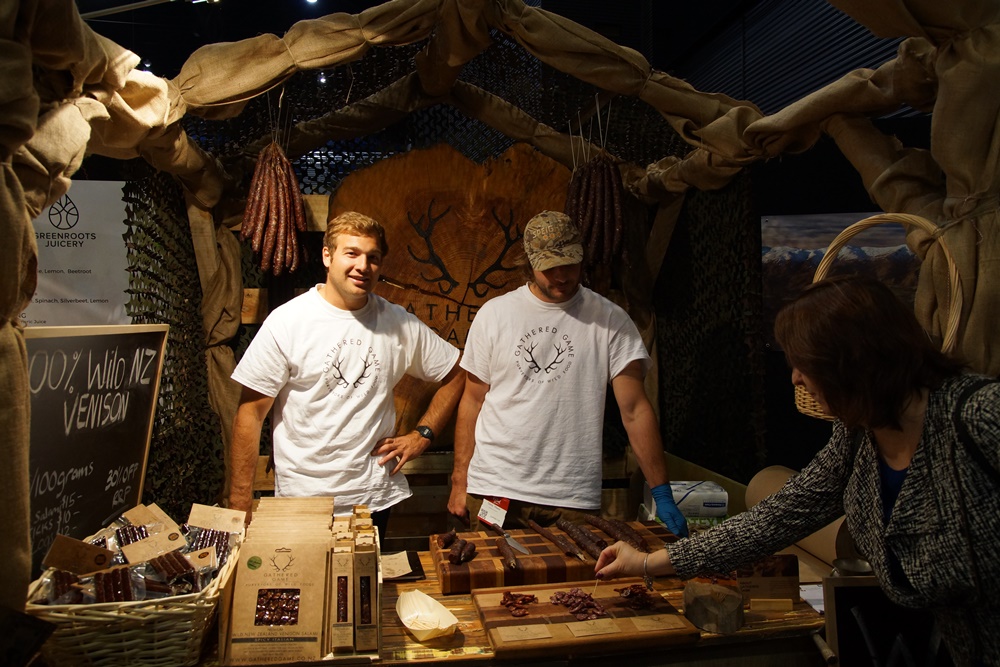 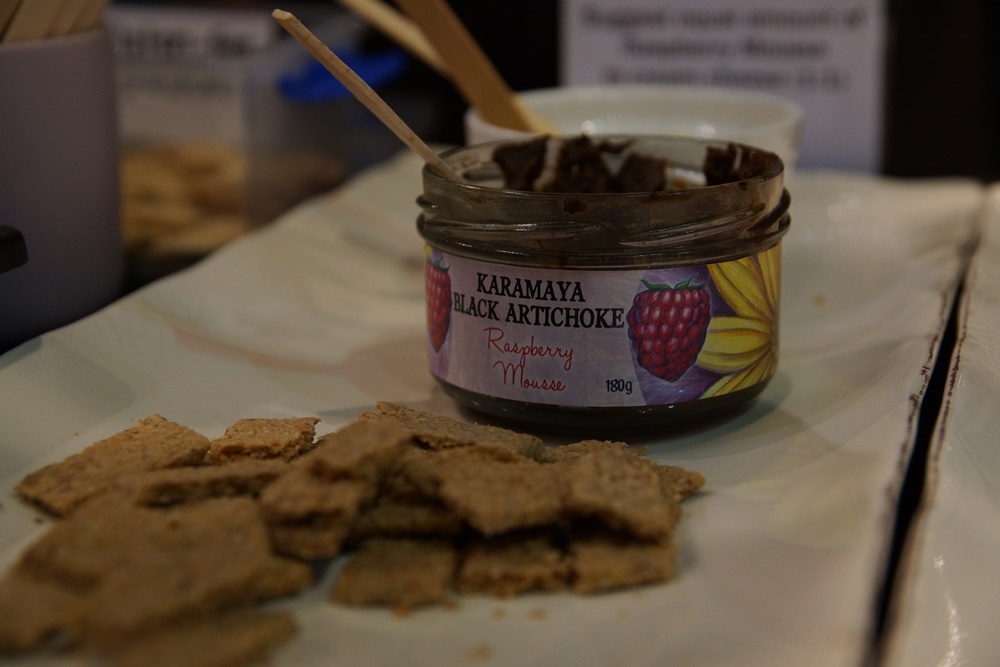 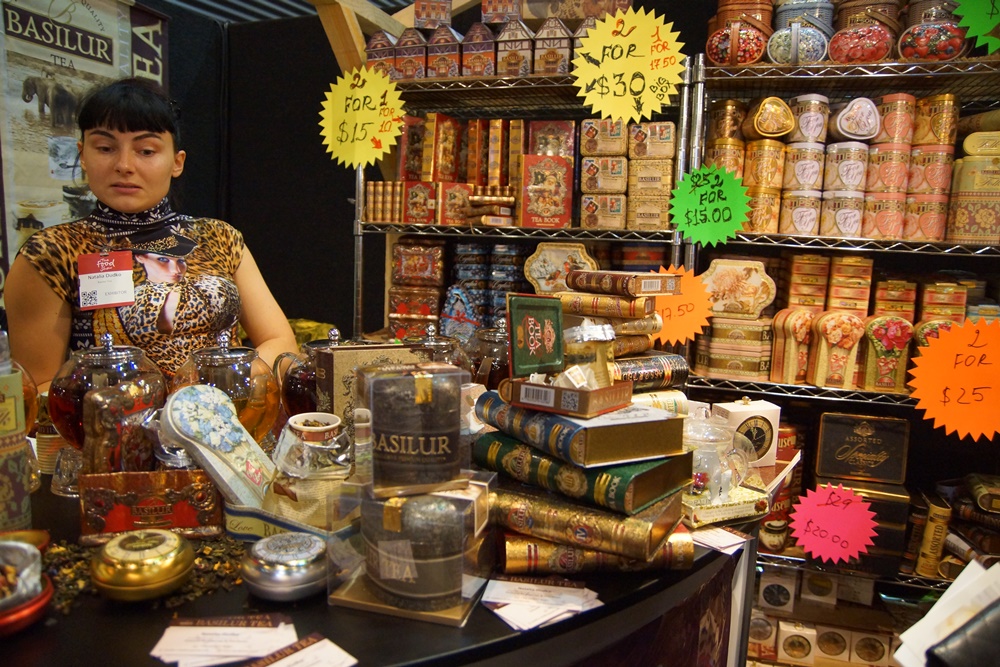 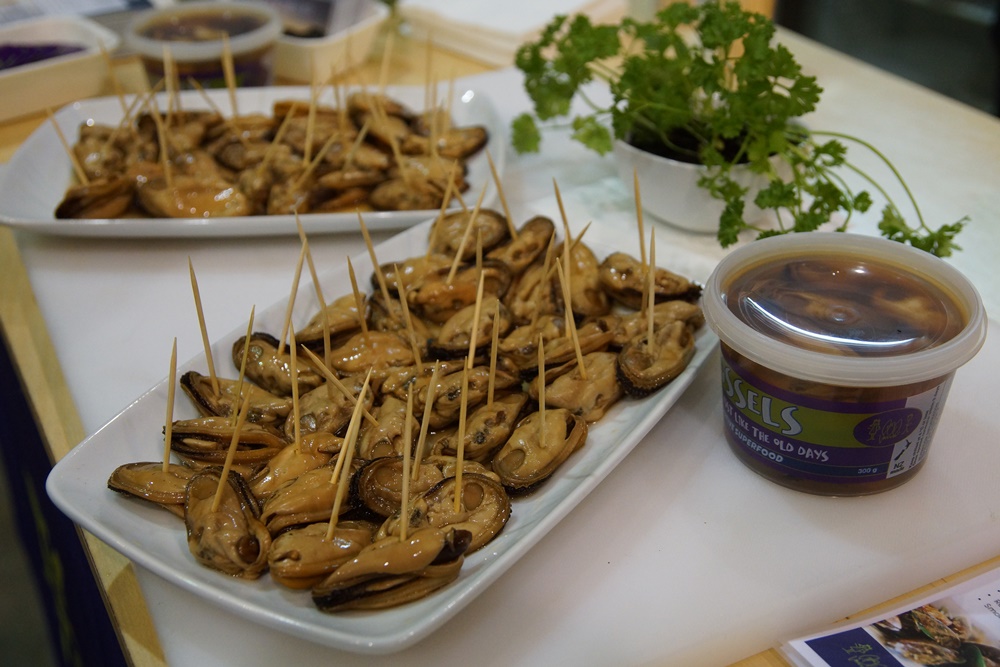 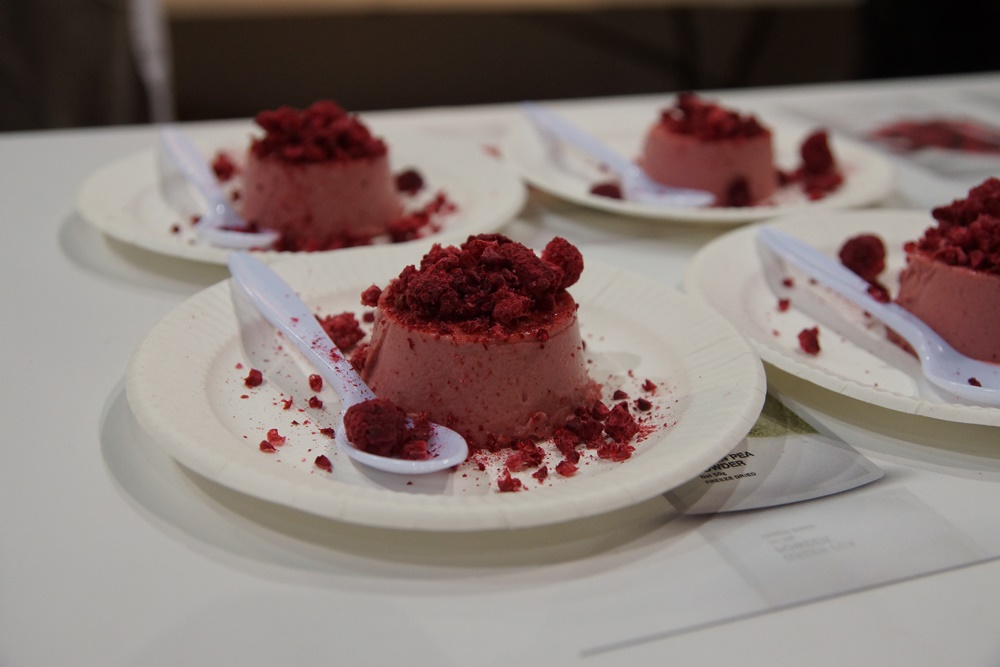 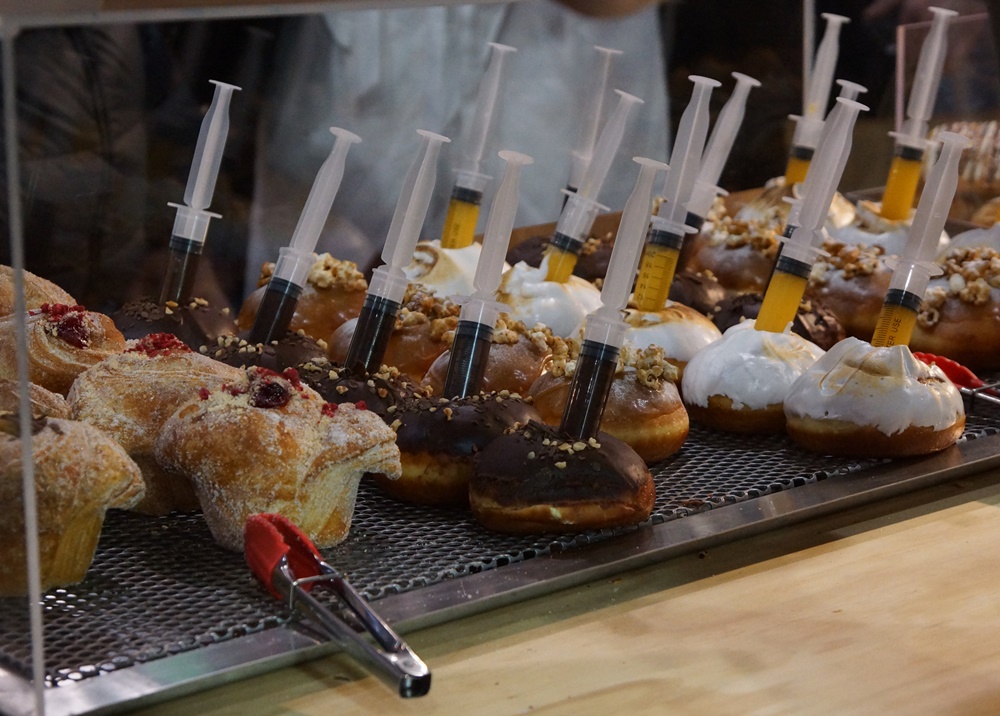 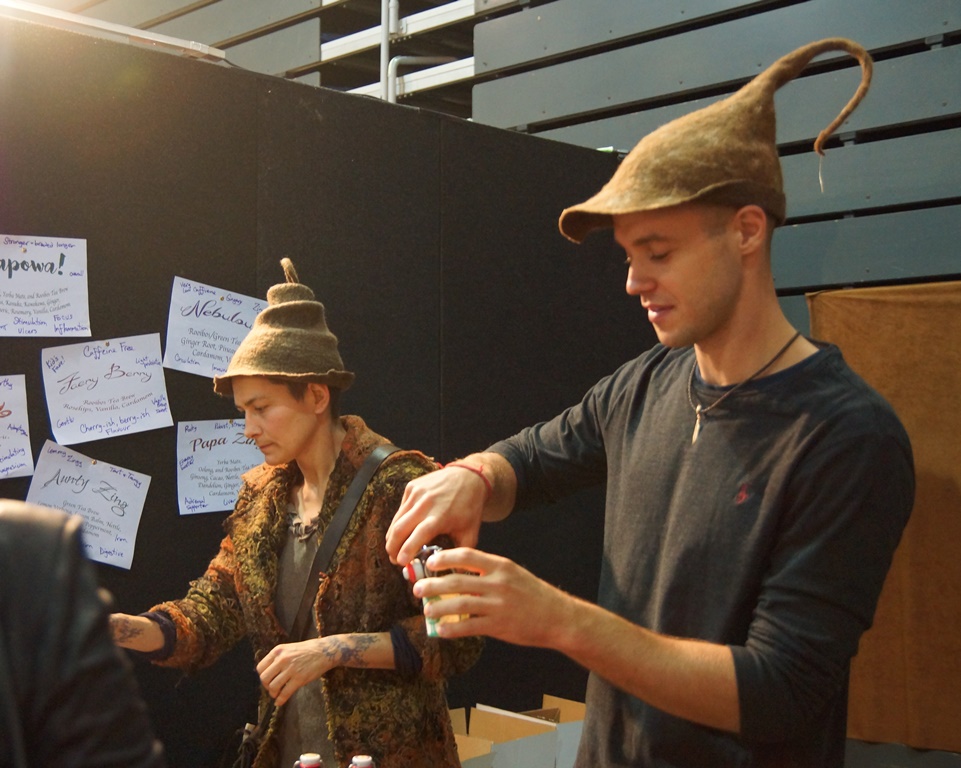 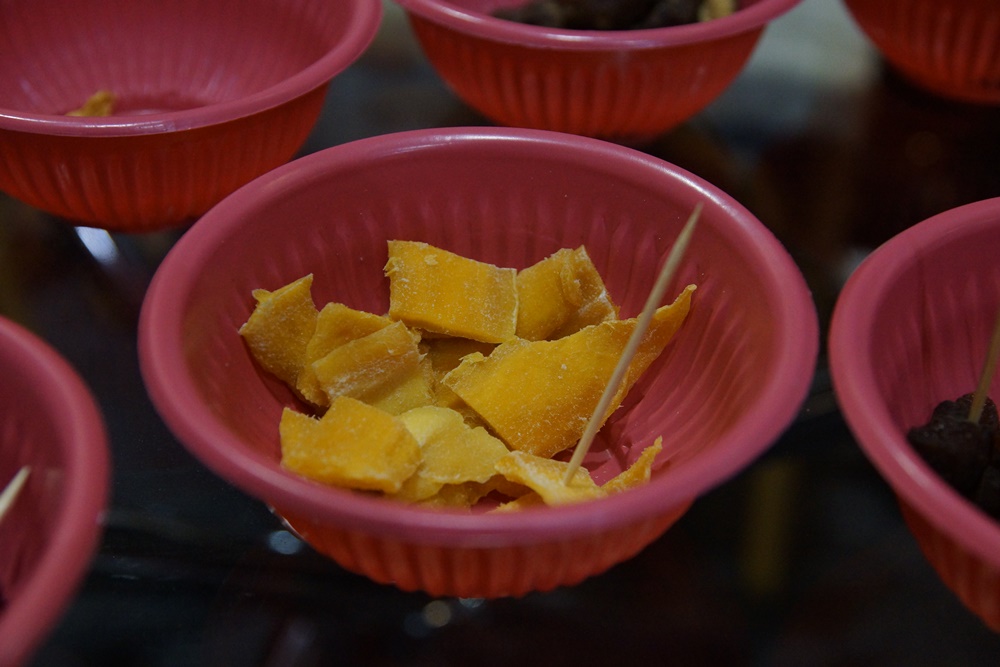 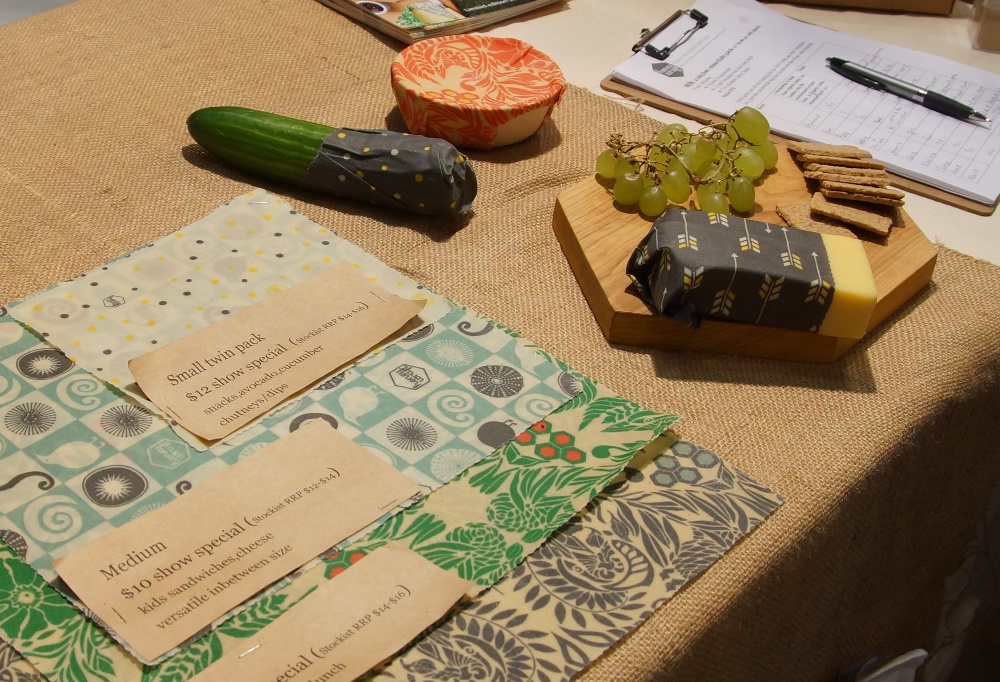 I even bought something – some beeswax-infused cloths that you can use to wrap food instead of using gladwrap or plastic bags. I seem to go through a vast amount of gladwrap taking lunch to work, so we’ll see if these work out better. Or whether I just get lazy about the extra effort of cleaning the cloth each time I use it, and go back to quick and easy plastic…
After we left the Food Show, I dashed up to Northlands to buy some almost last minute bits and pieces for my party, then back home to get ready to go out again. Dana, one of our volunteers, had invited me to her birthday party, at a karaoke bar. I was a bit doubtful about the karaoke, having only experienced it (or rather, avoided it) in the “getting up to sing in front of a bar full of drunken idiots” NZ version, but this turned out to be the more traditional version. Our party (only 8 people) had a private room, which made the idea of singing much less intimidating (especially as none of Dana’s other friends knew me, so I didn’t mind making a fool of myself in front of them :-)). Dana spent a few years living in Japan, and speaks Japanese fluently, so the party was a mix of about half Japanese (or Japanese-speaking) people, and the other half Pakeha NZers, and the music choices reflected that – we were going from anime theme tunes to Disney musicals, and pop songs from half a dozen countries. It turned out to be a lot more fun than I expected, and the three hours we had the room booked for flew past very quickly!
On Sunday, Harvestbird came round for a graduation hair rehearsal. She’s been learning to do all sorts of fancy hair braiding (one of the perils of having two daughters, apparently), so offered to do something clever with my hair for graduation. So while the girls were occupied making decorations for the party, she experimented with various styles, and managed to come up with something that should look good under a trencher, without being too “girly” (the main two instructions I gave her :-)). Photos will of course follow at a later date.
Then I had to get dressed up to go out again, this time for dinner with Pieta, a friend from work. She’s away for Easter, and was most disappointed she wouldn’t be able to make it to my party, so suggested we go out for dinner to celebrate instead. We went to Strawberry Fare, which I haven’t been to for years – it’s expensive, but the food (ok, the desserts – nobody goes to Strawberry Far for the mains, they’re just what you order so you can pretend you’re a responsible adult) is really good. And the service has definitely improved from what it was like before the earthquakes – you actually get the kind of service you’d expect for the prices, now.
Pieta has been learning to weave, and gave me a lovely bouquet of flax flowers she’d spent the day weaving: 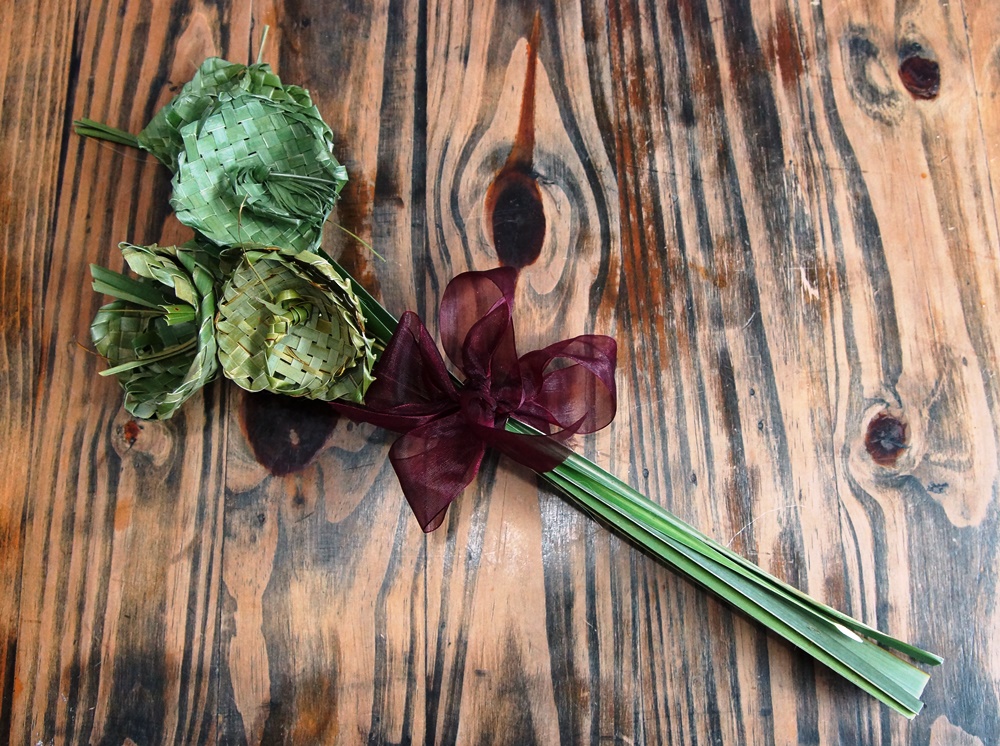 So yeah, a very full weekend. Tonight I’m going to a sciency/mathsy stand-up show, then tomorrow I’ve got a full-day workshop at work, and in the evening there’s a Toastmasters meeting, and a farewell for one of our members, then on Wednesday I’ve got to pick up my graduation regalia, and organise some more last-minute stuff, then family are arriving in the evening, then Thursday is graduation, then Fuzzle arrives that night, and Friday is my party, and on Saturday I’m taking the kids to the Crate Escape for their joint belated/early birthday present… and I’m already feeling exhausted just thinking about it! Good thing Easter and ANZAC Day fall so close together this year, so I can take the few days off in between and have a nice long break – I’m going to need it!

The latest bird in flight, a peregrine falcon.  Which puts me way ahead of where I should be in the quilt-along, but the more I can get done now while life is relatively quiet, the less pressure I’ll have towards the end to get it finished. I’m not entirely happy with my work on this…

If you looked at my list of books read so far this year, you’d think I’d abandoned the idea of paper completely. Eight e-books, two audiobooks, and only two traditional print books. The situation is not quite as dire as all that though – part of the reason for the scarcity of real books is…