zzzzzz… ok, so I’m not actually that tired, but I couldn’t resist an excuse to use that dropcap 🙂 .  I am kind of sleepy though – I was out late-ish last night, and it was a bitterly cold night, so when I got home the house was freezing, which meant (despite the best efforts of hot water bottle and cat (actually, she was more annoying than warming)) I was never really warm all night, so I kept waking up to try and bundle more duvet around myself.  So yeah, a bit hard to wake up this morning.
The reason I was out late was that I was at a quiz night, a fund-raising event for a friend of a friend’s child’s sports team (one of those events where the parents are given a quota of tickets to sell, so end up forcing them on everyone they even vaguely know).  I was on a team with the Gwilks and some friends of theirs, and we had a fun night, even though we didn’t do great on answering the questions. We started out ok, and were actually in second place after the first couple of rounds, but then we hit a sports round (that’s when being a table full of geeks becomes a disadvantage – although I did actually manage to get one of the sports questions right, dredging from somewhere in the mysterious depths of my memory the fact that the John Deere Classic is a golf tournament, not tractor racing as my team-mates suggested 😉 ) and it all went downhill from there – in the end we didn’t even make it into the top five.  We did end up with a few prizes though – there were spot prizes, raffles and mystery auctions, and we did pretty well out of those between the six of us.  I won a food hamper in one of the raffles, as well as a spot prize of a pineapple (!?!). 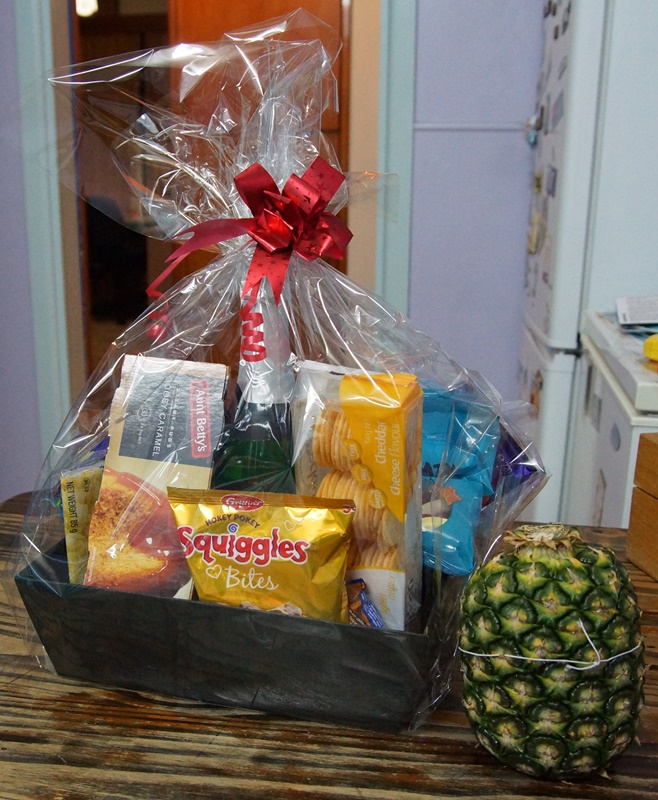 The hamper’s contents proved to be an interesting selection – one of their sponsors was obviously the local supermarket, because along with the usual hamper goodies of snacks and chocolate, there were weirdly random grocery items like a jar of jam and a bottle of salad dressing…  Still, given that I spent a grand total of $8 on raffle tickets, I think I got my money’s worth 🙂

I had a very enjoyable and most productive day today.  Most of the morning was spent, as has become my Saturday morning tradition, with housework.  And yes, I count that as part of the enjoyableness – I’ve got it down to a routine where I put on some loud music and get to work, and…

A couple of days ago, two scrub fires broke out in the Port Hills.  Since then, despite the best efforts of fire fighters (and the death of a helicopter pilot who had been one of many dumping water from monsoon buckets) the fires have continued to spread, and the cloud of smoke over the hills…

nd of year party for Toastmasters tonight, with charades followed by one of those Secret Santa swaps where you get to steal gifts.  All the gifts had to be home-made, so there was loads of imagination in them – some were crafted, some baked, and one was a gift certificate promising a couple of hours’…

The aftershocks continue: The red lines on the seismograph are where they’ve cropped the trace so that it doesn’t totally obscure the rest of the graph. Most of them are 3s, which we don’t really feel over this side of town (the epicentres are in the east of the city or just off the coast),…