We had to have George put to sleep today 🙁
It was a bit of a shock.  He was fine a few days ago, but yesterday he was looking a bit sore, and didn’t eat anything all day.  So this morning we took him in to the vet, who said his bladder was very full, so he obviously had a blockage.  He thought we’d caught it in time, though, and said he’d keep George in so they could drain his bladder and put a catheter in until it cleared.  So we left George there, and I headed off to work, expecting all to be well.
But not long after, I got a phone call from MrPloppy.  The vet had rung, and the news wasn’t good.  They’d done a blood test, and the creatinine level was incredibly high, meaning his kidneys were failing.  The vet was actually surprised how bad it was, given that George hadn’t looked that ill when we brought him in.
Anyway, he said George’s chances were very slim.  He said there were some things he could try, but they would be very expensive and he didn’t think there was much chance they’d work, so he recommended we didn’t put George through any more.
So MrPloppy and I went back to the vet’s so we could say goodbye to George before they gave him the injection.  Then we brought him home and buried him in the garden (under a different bush than Ming and Saffy are under – we didn’t think Saffy would appreciate his company).
Goodbye George.  Glad we could give you a few good years after your difficult start in life. 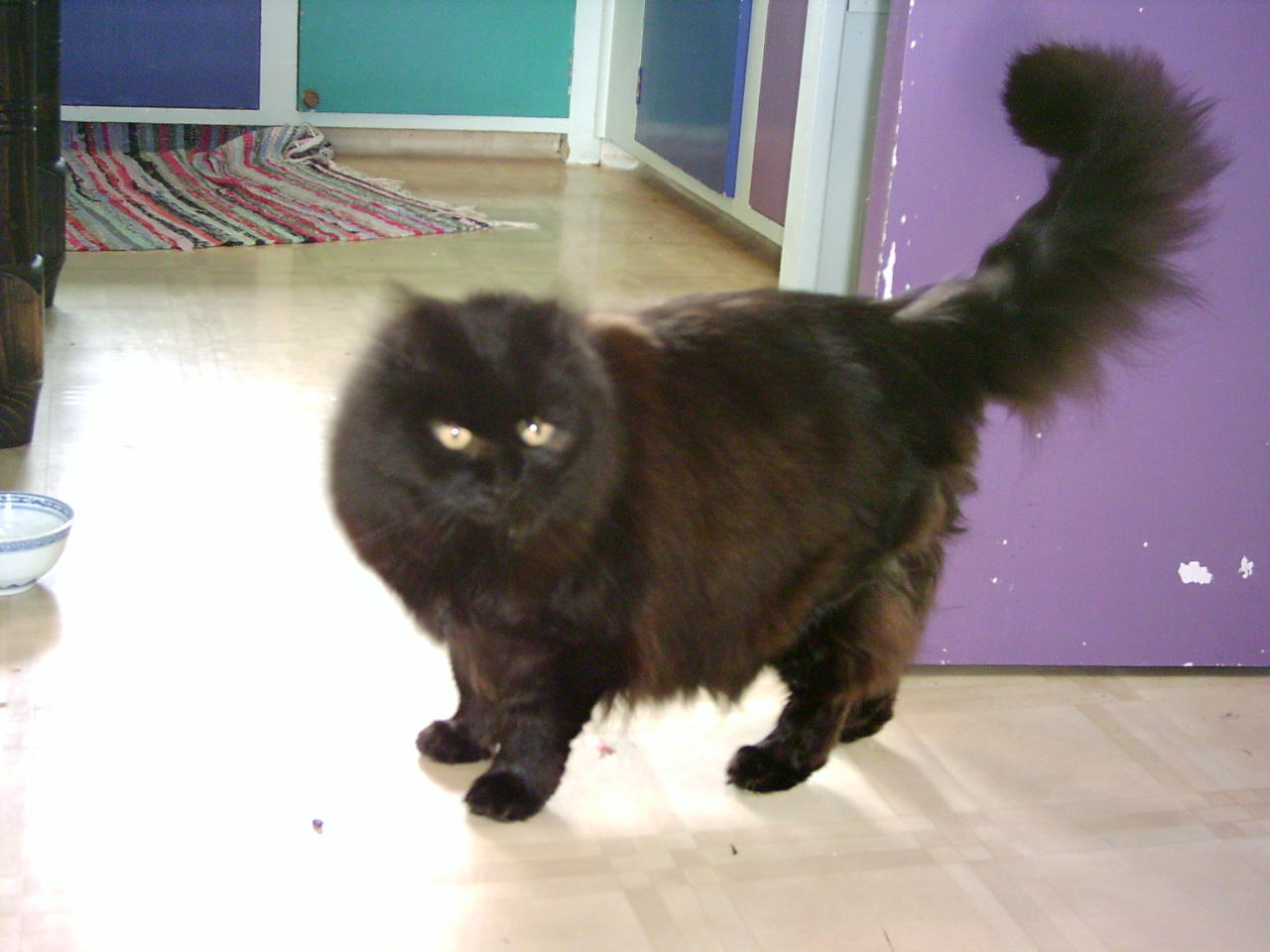 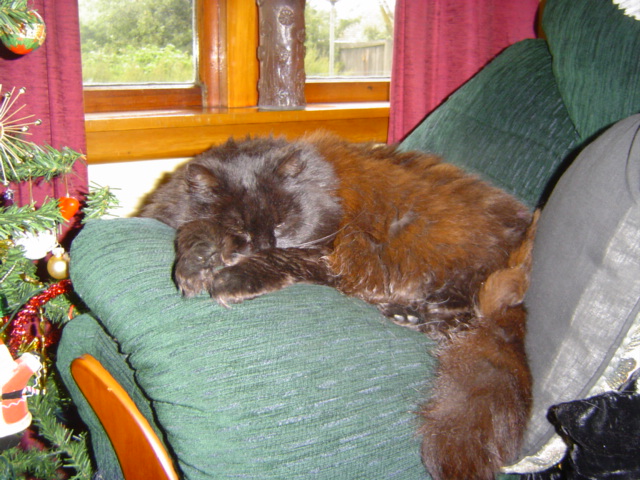 lmost saw a nasty accident on the way home tonight.  On the main road that goes past the university, they’ve erected low concrete barriers to separate the cycle lanes from the road.  Some people have been complaining about them, because they’re only kerb height, so it’s easy for cars to hit them if the driver’s…

ust got back from town, where I bought myself a birthday present. If I tell you it was small, very expensive, and made of metal, I’m sure some of you will be thinking jewellery. Nope, sorry to disappoint you, but it’s actually a quilting foot for The Beast. I’ve been using a darning foot for…

ou know how I keep saying I’m not going to volunteer for anything else, and that I’ve got way too much going on in my life already and can’t add anything more?  Yeah, I totally fail at that.  I can’t help it – people ask me to help out with things and I say yes…

just had lunch with Sam Neill. Ok, not really, but I did have lunch in his vicinity, at the same event he was at. That totally counts, right? 🙂  I was at one of those “free pizza for everyone!” welcome events for new students being given by the School of Humanities and Creative Arts (which…

s part of some assistance we’re giving to a research project in another department, a colleague and I have spent the past few days building a bibliography of earthquake research.  After scraping all the usual academic databases, we turned to Google Scholar, which often picks up papers that the other databases don’t, particularly newly-published material…

The two main programming languages we use at work to build helpful little tools to speed up the tedious jobs are Javascript and Python.  I’ve been making reasonably good progress at learning Javascript, but the Python stuff I’ve been leaving to Lucy-Jane, who is a much more skilled programmer than me.  On Friday afternoon, she…